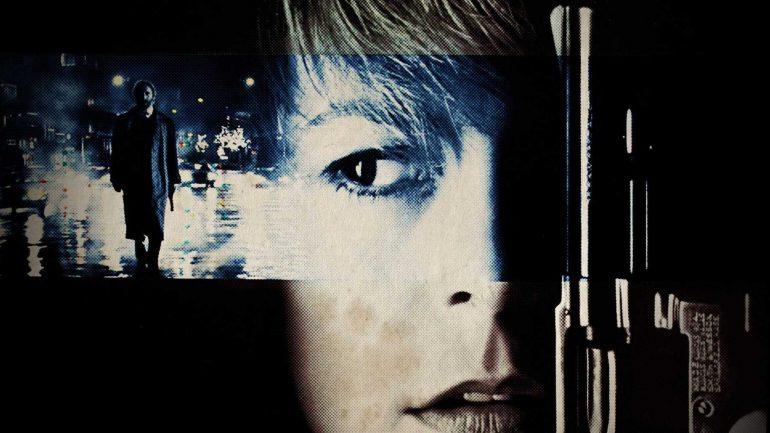 Plot: A rookie in the police force must engage in a cat-and-mouse game with a pistol-wielding psychopath who becomes obsessed with her.

This week marks the 30th anniversary of Blue Steel starring Jamie Lee Curtis and Ron Silver; it was also directed by Kathryn Bigelow so I figured it was time for a revisit.

Jamie Lee Curtis plays a rookie cop called Megan Turner who uses excessive force shooting a criminal (a young Tom Sizemore) in a supermarket robbery gone wrong. What she doesn’t know is that another threat lurks in the supermarket; a dangerous psychopath called Eugene Hunt (played with deranged glee by the late great Ron Silver) steals the criminal’s gun and begins his own reign of terror in New York while playing mind games with Megan.

I adore Jamie Lee Curtis and will watch her in anything; Blue Steel is one of her less talked about movies but despite getting a bit unbelievable in the second half it’s still riveting stuff.

What’s interesting is how flawed Megan is as a character; she isn’t a particularly great cop and makes silly decisions which only make her situation worse. At times it’s hard to understand what is going through her head but that’s what makes her so interesting.

At first Eugene is charm personified so it’s easy to see why Megan would start to date him but it doesn’t take long for him to show his true colours. I like how Eugene is crazy from the start; he isn’t someone we empathise with but is just a bad guy straight away. The audience knows what kind of person he is but Megan doesn’t which only adds to the tension.

Ron Silver was always fantastic at playing a villain and I think Eugene might be his most disturbing character to date. There is a scene where he is working out and he hears voices in his head and he starts having a conversation with himself. It shows just how unhinged he is and that this isn’t a man who is going to go to prison.

Clancy Brown also stars in a rare good guy role and he even gets a love scene; he was arguably the real hero of the story as Megan’s inexperience as a cop is evident early on. I never understood why she handcuffed him to the steering wheel as he is the only person who is on her side so that never made sense.

Brad Fiedel’s score was a precursor to Terminator 2 with similar sounding industrial sound effects but worked really well in building up the tension.

It’s almost more of a horror movie or psychological thriller than an all-out action movie but there is no shortage of action and the final shoot-out on the city streets is immensely satisfying.

As I said some of it pushes credibility in the second half and it goes a little over the top but it never stops being a tense affair.

Overall, after 30 years Blue Steel is still hugely enjoyable with a scene stealing turn from Ron Silver who plays one of the most underrated villains of the 80s. Jamie Lee Curtis and Clancy Brown are also on great form making this still hold up as a quality psychological action thriller.