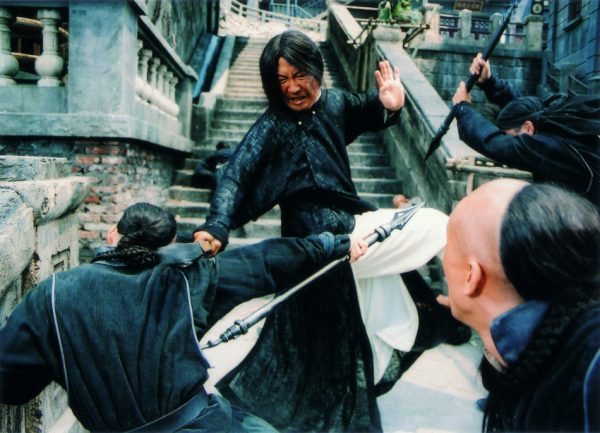 Bodyguards & Assassins is a slowburn affair for the first half but when the action kicks in and Donnie Yen starts to fight it gets really interesting.

Plot: In 1906 Hong Kong, a newspaper editor and a tycoon learn of an assassination plot against Sun Yat-sen, and recruit a small band of ordinary men and women to protect him.

Review: There are mild spoilers in this review so if you haven’t watched the movie then you’d best turn away.

No one can deny that Bodyguards & Assassins is an ambitious movie with a truly epic sense of scale… once the action kicks in; the problem is though the first half is rather slow and Donnie Yen is quite underused. I found there were too many characters but I just wanted to see more of Yen doing what he does best. Punching people in the face.

That doesn’t mean the movie is boring; it isn’t and is actually quite tense and unpredictable with some entertaining villains.

The final hour is worth the wait as it is packed with action and the highlight is certainly Donnie Yen vs. Cung Le which is suitably brutal.

By the time the movie has ended you will be quite exhausted and emotionally drained as our rebel heroes are mostly wiped out so the movie pretty much leaves you with nothing. It’s based on a true story so it has extra impact when certain characters are killed.

Overall, Bodyguards & Assassins is a slowburn affair for the first half but when the action kicks in and Donnie Yen starts to fight it gets really interesting.