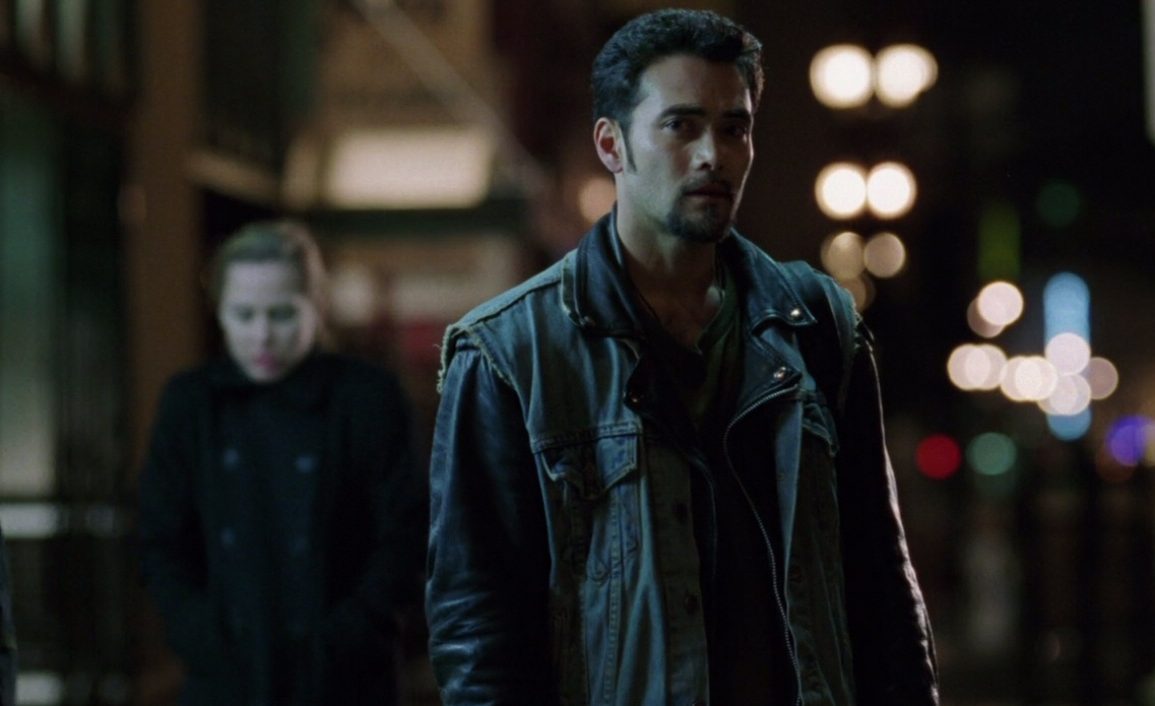 Plot: After being released from Prison, Jesse Page (Mark Dacascos, John Wick 3: Parabellum) backs his old friend Larry (Jaimz Woovett, Unforgiven) on a drug deal gone sour. With the drug dealers hot on his tail, Jesse has three days to reach Detroit where a new, clean, legitimate life awaits him. Along the way, his ties to his junkie, criminal past are put to the test… What is true friendship made of? How far should loyalty go? These are questions Jesse must answer on the road to his new life in this gritty action thriller.

Review: I wasn’t sure whether to review this on the site or not as it’s really more of a crime thriller than an action movie but it does star Mark Dacascos and has a pretty decent fight scene at the end as well as a couple of violent moments so here we are.

Boogie Boy is a strange beast and difficult to review as it’s quite a unique picture, but it feels exactly like writer/director Craig Hamann wanted to tell it. It won’t be for everyone but Mark Dacascos gives one of his best ever performances as Jesse Page, who has just been released from prison and vows to start a new life, but is put to the test when his old cellmate Larry (Jaimz Woolvett) appears.

On a side note – Dacascos really suits the goatee beard as it makes him look more threatening so I personally think he should grow it back again.

Woolvett nearly steals the movie as Larry, a pathetic and rather unsympathetic character who is a junkie that has a penchant for getting in trouble and will likely take Jesse down with him. Jesse is asked to help Larry on a drug deal which of course goes sour and the guys end up on the run from the relatives of the men they killed. For the majority of the second half of the movie they are holed up in an old motel with seemingly good-natured Edsel (Frederic Forrest) and his oddball wife Hester (Emily Lloyd).

Jesse quickly gets tired of Larry’s shit as he can’t stop taking drugs and tries to go cold turkey but eventually proves he only really cares about himself.

The pacing is rather laboured, and the movie isn’t in a rush to get where it’s going making Boogie Boy more of a character piece. There is a feeling of unease throughout however, and you are never quite certain where it’s going.

It has a language all of its own and at points I didn’t even know what they were talking about but it is something different which I can always respect.

As I said there isn’t much in the way of action but the final fight between Mark Dacascos and James Lew nearly makes up for the slower parts of the movie.

There is a strong supporting cast featuring the likes of Traci Lords and Joan Jett showing up in small but important roles.

The Blu-ray from MVD is a must-have for fans of the film as it has been remastered to perfection with stunning picture and audio; the subtitles are a little wonky and don’t quite sync with the dialogue but at least it had them which is always a plus for those of us who are hard of hearing.

The Making of Boogie Boy which is a whopping 92 minutes featuring interviews with Dacascos and other cast and crew.

Overall, Boogie Boy isn’t for everyone and I’m still sure how I even feel about it; I don’t watch it often and the pacing is a little off but Dacascos is magnetic once again showing real star power. The MVD Blu-ray is a must-have if you are a fan of the movie as the feature length making of is fascinating and it’s all been remastered to perfection. 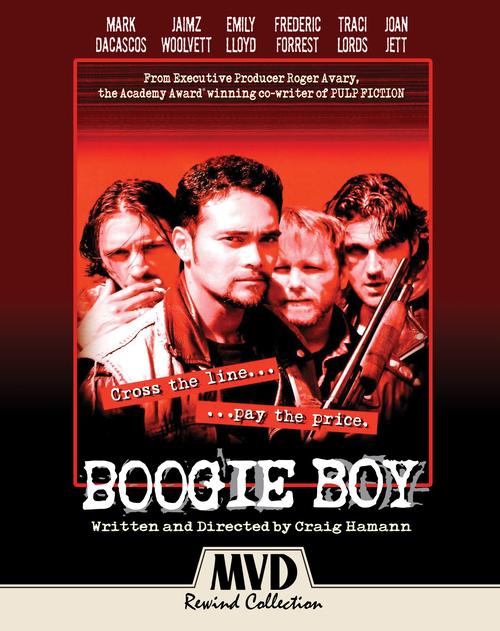