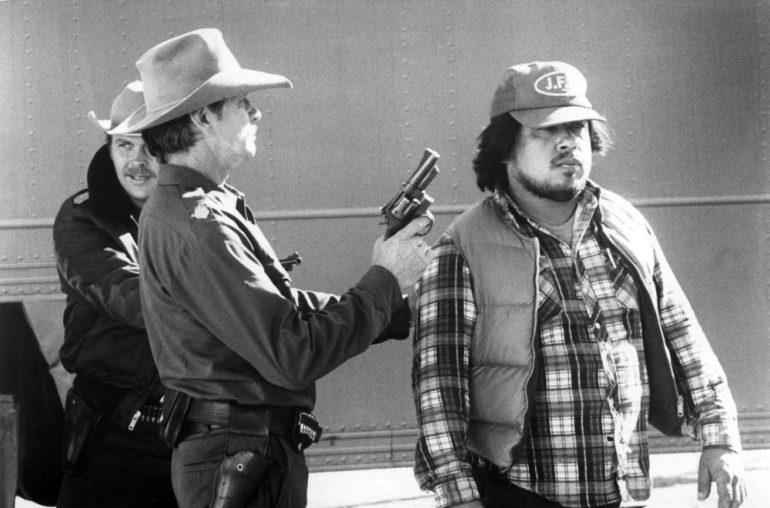 Borderline manages to bring attention to an important subject without being overly preachy and despite being quite slow, I found myself engaged until the very end.

Review: Charles Bronson stars in this action thriller which is as relevant today as it was when it was released in 1980. The story of illegal aliens being transported across the American border from Mexico has always been big news and it’s funny how since the time of release that very little has changed; if anything the situation has gotten worse.

The story is one of the most fascinating aspects of Borderline which keeps it interesting, despite the odd pacing issue. It could have ramped up the tension a little more but it’s still watchable.

Charles Bronson seems very much in his element as the border guard with a heart Jeb Maynard who begins to take the most recent case quite personally.

Ed Harris makes his debut as the villainous Hotchkiss who is a nasty piece of work; one minute he seems like he’s your best friend and the next minute you’re dead. You know that plenty of people like him exist in the world so there is nothing unbelievable about him or the story.

The finale is a showdown between Harris and Bronson which is suitably satisfying and the realistic outcome makes the film stand the test of time. The action isn’t anything spectacular but a few shoot-outs and brief car chase keeps things moving.

The acting in general is first rate and there are some interesting supporting cast members like Bruno Kirby, Michael Lerner and Wilford Brimley.

Overall, Borderline manages to bring attention to an important subject without being overly preachy and despite being quite slow, I found myself engaged until the very end.