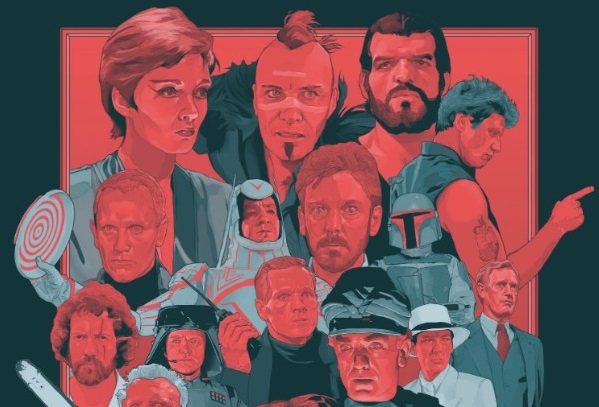 Born to Be Bad is the ideal Christmas gift for any action fan and is a bit of a must have with plenty of fascinating behind the scenes stories from some of our favourite movies.

About the Book: While 1980s action cinema may have been a time of shaggy mullets, big biceps, and one-liners for the heroes, it was a always the villains that stuck in our minds once the credits rolled. Whether they were smuggling cocaine, bearer bonds, Krugerrands, attempting world domination or some good old-fashioned kidnapping, the villains were always the best part of the film!

In this book, action film fan, Timon Singh, sets out to talk to the actors behind the greatest villains of his adolescence to discover the stories behind their infamous film roles, the impact they had on their career and, most importantly, whether bad guys have all the fun. Speaking to everyone from body builders to kickboxing champions to experienced stage thespians, Timon interviews the actors behind some of the greatest villains and henchmen in action cinema including former Bond baddies, corrupt CEOs, global terrorists and intergalactic bounty hunters.

Review: I haven’t done a book review for a long time however, Timon Singh has put together a new opus containing interviews with some of the best villains of 80’s action cinema including Vernon Wells, Ronny Cox, Martin Cove, Bob Wall, Steven Berkoff, David Patrick Kelly and Sven-Ole Thorsen.

The full title of the book is Born to be Bad: Talking to the Greatest Villains in Action Cinema and it really is essential reading for any fan of the action genre. The interviews are detailed and ask more than your typical “what was it like to work…” questions we normally get in interviews.

We start off with an introduction from the legendary Steve E. De Souza who talks about the ingredients of a great villain and why we love them so it immediately grabbed my attention.

We then get great insights behind the scenes of some of our favourite movies including Conan the Barbarian, Gladiator, Commando and many more.

One of my favourite stories features Sven-Ole Thorson talking about his work on Gladiator and how he replaced Lou Ferrigno who had been fired from the movie for looking like too much of a bodybuilder rather than a Gladiator as bodybuilding wasn’t really a thing back then.

Another great anecdote is when they were working on Predator and Arnie got sick so Sven read Hans Christian Anderson to him as he recovered. These are tales I’d never heard before so any book that has details on classic action movies with stories we may not know deserves recognition.

Vernon Wells talking about his work on Commando is never less than entertaining too as Bennett is one of the best villains of that decade.

It is clearly well researched and nicely formatted with every interview easy to find and it’s the type of book you’ll struggle to put down. I can see myself over the coming weeks and months diving into various interviews so it’s handy to dip in and out of any time you like.

Overall, Born to be Bad is a must-have for action fans featuring entertaining interviews with some of the genre’s greatest villains.