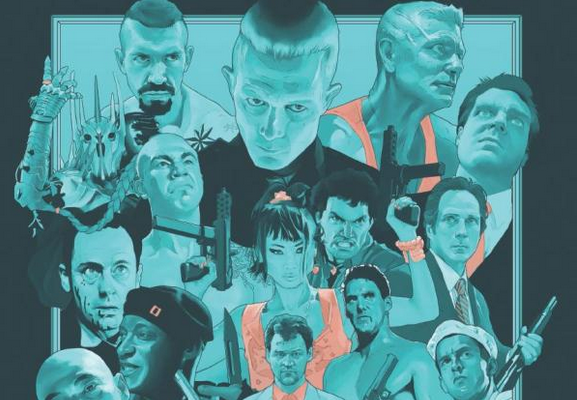 Born to be Bad II is another must-have book for action genre fans as the interviews endlessly entertaining and filled with insight and anecdotes.

Plot: A great sense of peeling back the layers of what went into making critically-lauded and fan favourite cult classics alike so enduringly popular – it’s all about the bad guys.” – Set The Tape“A who’s who of action cinema!” – Bulletproof MediaEnemy reinforcements have arrived!After surviving the nefarious schemes of his interviewees in Born To Be Bad: Talking to the greatest villains in action cinema, cinephile Timon Singh returns to track down and interview more actors behind the best part of any action movie: The Bad Guy.From stars who have been in the biggest movies of all time to stuntmen who have faced off against the world’s biggest action stars, Born To Be Bad Part 2 offers fascinating insight and hilarious anecdotes into what it’s like to be cast as a villain in a Hollywood action film. Whether the actors started off as martial arts champions, graduates of prestigious acting schools or professional body builders, everyone has a different story about how they came to be killed on-screen by some of the most famous names in show business. Featuring interviews with the likes of Robert Patrick (Terminator 2: Judgement Day), Tony Todd (Candyman), Stephen Lang (Avatar), Scott Adkins (Ip Man 4), Mohammed Qissi (Kickboxer), Tzi Ma (Rapid Fire) and many others, this is an essential read for all fans of action movies!Introduction by Graham Yost, the screenwriter behind action classics Speed, Broken Arrow and Hard Rain.

Review: The first Born to Be Bad book from author Timon Singh was a bit of a classic and a must have for action fans featuring interviews with the actors behind some of Hollywood’s best known villains.

The book also features a foreword from screenwriter Graham Yost who talks about his favorite villains and how they are brought to mesmerizing life by the actors who portray them.

I didn’t even know that Ed O’Ross was in Dick Tracy until I read this book so I don’t know how that slipped under my radar.

It’s sad to know that Tommy Lister has left us as he came across as a nice guy in this interview where he talks about working with John Candy in Armed & Dangerous which was one of his favourite movies to work on.

Ralf Moeller also discusses working on Gladiator and smoking cigars with Ridley Scott. Tzi Ma goes over the various challenges he faced from his own family when he decided he wanted to go into acting so there is lots to digest.

This is an easy read that is the kind of book you’ll pick up and flick through again and again as it gives great insight into the movie business and into some of the most familiar faces in the genre who may not get the recognition they deserve.

Overall, Born to Be Bad II is another winner from Timon Singh with entertaining and insightful interviews with some of the action genres most underappreciated stars.