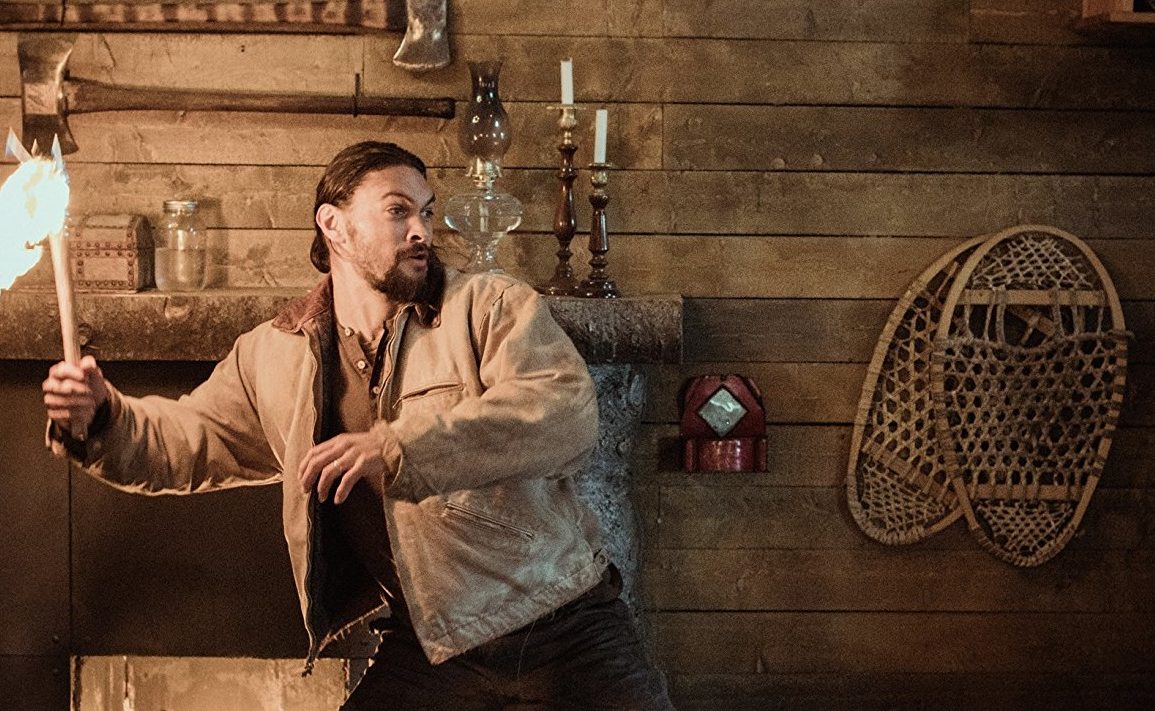 Braven is one of the best action movies I’ve seen this year with Jason Momoa proving he’s got what it takes to be an action star; this has plenty of tension, an entertainingly crazy villain and brutal action. Recommended.

Plot: Joe Braven is a logging company owner who lives with his family in Canada. Joe’s father, Linden, suffering from dementia, mistakes a woman in a bar for his wife, prompting a barroom brawl that lands Linden in the hospital. The family decides to take a break at their secluded log cabin, where they run into trouble from a drug dealer who wants to use Joe’s business as a front for his cocaine operation.

Review: Now this is an action movie! Jason Momoa has the kind of fierce countenance to make him the ideal badass and Braven is one of his best roles to date.

It’s as stylish and brutal as they come with hard R violence and some imaginative kills in the vein of First Blood; we get flaming axes to heads, bad guys being stabbed in the throat and more so it ticks all the right boxes.

The story is a little predictable particularly relating to Stephan Lang’s character; he is getting a little forgetful so Joe Braven is thinking about putting him in a home but he doesn’t want to… maybe the problem will take care of itself.

Aside from that I thought Braven was just a well told story; it flowed well, let us get to know and care about our characters but was never dull. It gets incredibly tense in the second half and that is mostly due to Garret Dillahunt ‘s psychotic villain Kassen. He nearly steals it with his mere presence as he comes across as ready to snap at any second. There is a scene where he beats someone to death in the middle of a restaurant which is one of the best “holy shit” moments I’ve seen in a recent film.

There isn’t anything that’s too far fetched in the movie with Braven feeling like a real person who will do whatever it takes to protect his family. You do wonder if his life would have been easier if he’d just given the bad guys their drugs back sooner but it would have been a much shorter and less interesting movie… and he’d probably be dead.

Overall, Braven was brutally awesome with well developed characters, a story that flows well and most importantly plenty of hardcore action.