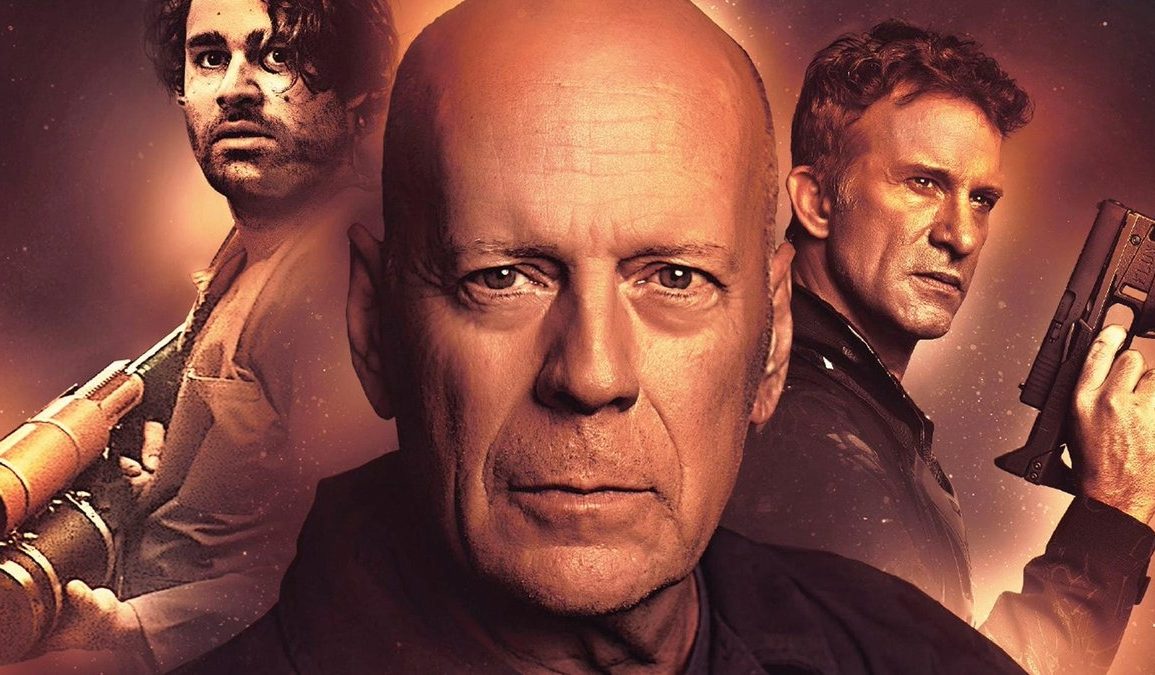 Breach was far better than I was expecting and may be the best Bruce Willis film in years but admittedly that is faint praise as most of his recent fare is unwatchable. Bruce spouts one-liners while brandishing a flamethrower and Thomas Jane chews the scenery too so there are worse ways to spend an evening.

Plot: Fleeing a devastating plague on Earth, an interstellar ark comes under attack from a new threat — a shape-shifting alien force intent on slaughtering what’s left of humanity.

Review: These days if we see Bruce Willis in a trailer to a movie, we can be sure that it will likely be nothing more than an extended cameo and for the most part he is going to fax in his performance looking bored.

I’m pleased to say that for once Breach (or Anti-Life as it was initially called) is the exception with Bruce being one of the main characters and actually displaying some personality, reminding us of classic Bruno… nearly. He spouts a few one-liners while brandishing a flamethrower as a horde of alien parasites try to kill him and a few random survivors on their spaceship headed towards New Earth.

Breach may not be anything new and is yet another entry in a long line of Alien knock offs, but I’d be lying if I said I didn’t have a blast. You know exactly what to expect and it delivers in terms of B movie thrills.

It also has a decent supporting cast including Thomas Jane who gets to kick some alien ass (even if he is a little underused) Johnny Messner, Rachel Nichols, Callan Mulvey and Ralf Moeller.

Our lead Noah is played by Cody Kearsley and he is sympathetic enough as he sneaks on to the ship to be with his pregnant girlfriend Hayley (Kassandra Clementi). He is noble with a sense of honour but he lacks personality and you feel like he is stepping aside so Bruce and Thomas Jane can steal the limelight.

It could have done with more gore but there are a few decent kills and a suitable bodycount to keep us genre fans happy.

Breach’s finale is generally what you would expect with few surprises keeping it open for a potential sequel; I hope they don’t do a follow-up as it’s really not that interesting a premise and doesn’t require expanding.

The most interesting aspect of Breach was the idea of the Rebellion who believe that mankind had its chance and that we don’t deserve to move to another planet and ruin that the way we did with this one. I’m kind of on their side to be honest and once again this is another movie that is relevant for our times.

Overall, it’s easy to dismiss Breach as straight to VOD fodder but it’s surprisingly entertaining with hints of the classic Bruce Willis coming out and decent production values making for an entertaining diversion.