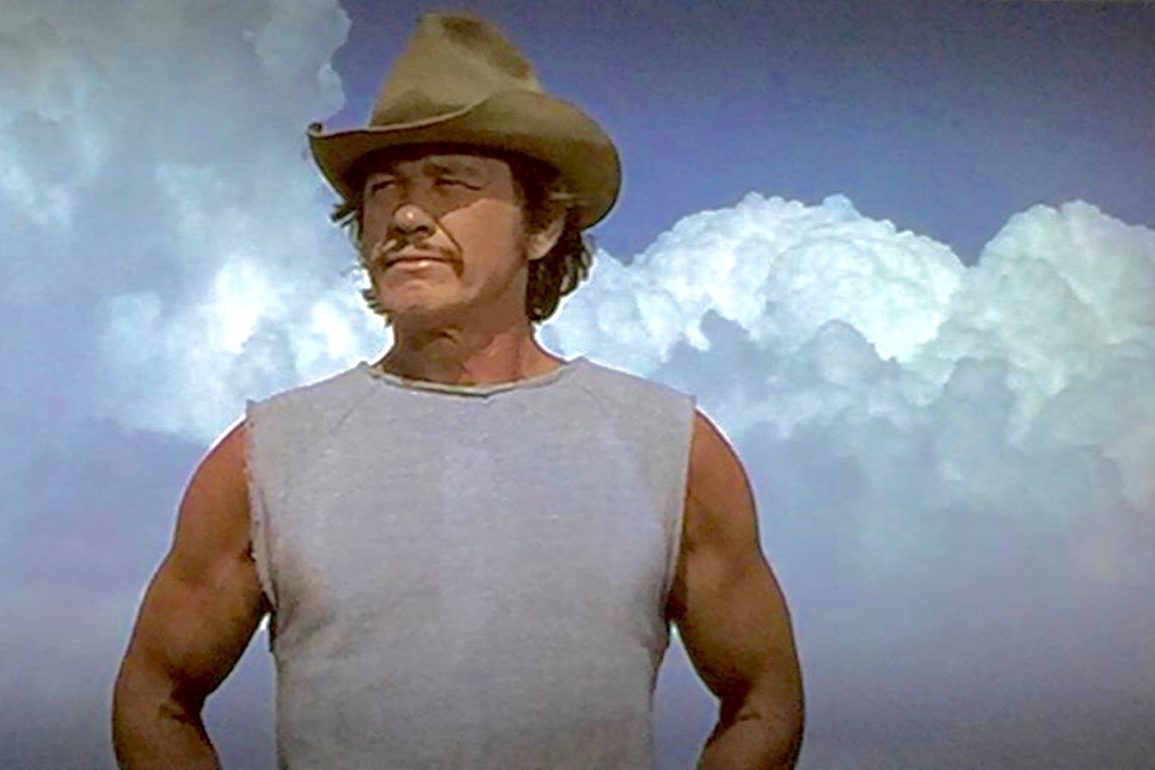 Breakout may not be packed with action but it has Charles Bronson and Robert Duvall on fine form which makes it immediately watchable. Bronson’s character Nick Colton is one of his best and it’s him that gives the film its energy and sense of fun.

Plot: Nick Colton, a bush pilot, is hired to spring innocent man Jay Wagner from a Mexican jail. Unfortunately for the both of them, Wagner was framed for murder by wealthy Harris Wagner.

Bronson plays Nick Colton, a bush pilot hired for fifty thousand dollars to go to Mexico to free an innocent prisoner called Jay Wagner (Robert Duvall) who was set up by his grandfather of all people.

Nick Colton is one of my favourite Bronson characters as he has that Han Solo-esque rugged charm where he is a fast-talking scoundrel who will do nearly anything for money. As the story progresses, he ends up having feelings for Jay’s wife Ann (Jill Ireland) but never acts on them so he says he’ll do the job for free as it’s the right thing to do.

The first few attempts don’t go well and desperate measures come into effect. At one hilarious point Nick’s best friend and associate Hawkins (Randy Quaid) dresses up as a woman to infiltrate the prison. He is found out immediately and gets a rather severe beating from the guards.

It’s amazing how times have changed; Breakout was rated PG back in 1975 despite there being nudity, implied rape and violence; at one point a villain gets killed by a plane rotor which is admittedly awesome but I’m pretty sure that would garner an R rating by today’s standards.

There isn’t much in the way of action for the first half as it involves Nick trying various plans to rescue Jay but the final half hour makes up for it as we get into the tension packed rescue and climactic final minutes which has Bronson in a punch up with the main villain.

Robert Duvall doesn’t say that much but he is essentially the main character and goes through quite the ordeal even being buried alive; that scene just sort of ends though and then the next moment he is fine. It’s Nick Colton who has all the personality however, and gives the movie its sense of fun.

Jill Ireland wasn’t really considered a great actress, but I thought this was one of her better roles and she and Bronson do have great on-screen chemistry. She’s a desperate woman who will do whatever it takes to get her husband free and you believe it.

Jerry Goldsmith provides the music score and although it isn’t one of his best it works just fine for this tale.

At 96 minutes Breakout is well paced and exciting as we wonder what scheme Nick will concoct next, keeping you on your toes throughout.

Overall, Breakout isn’t a classic movie but it’s a good time with Bronson at his roguish best and the final half hour delivering enough action and thrills to make it worth watching.