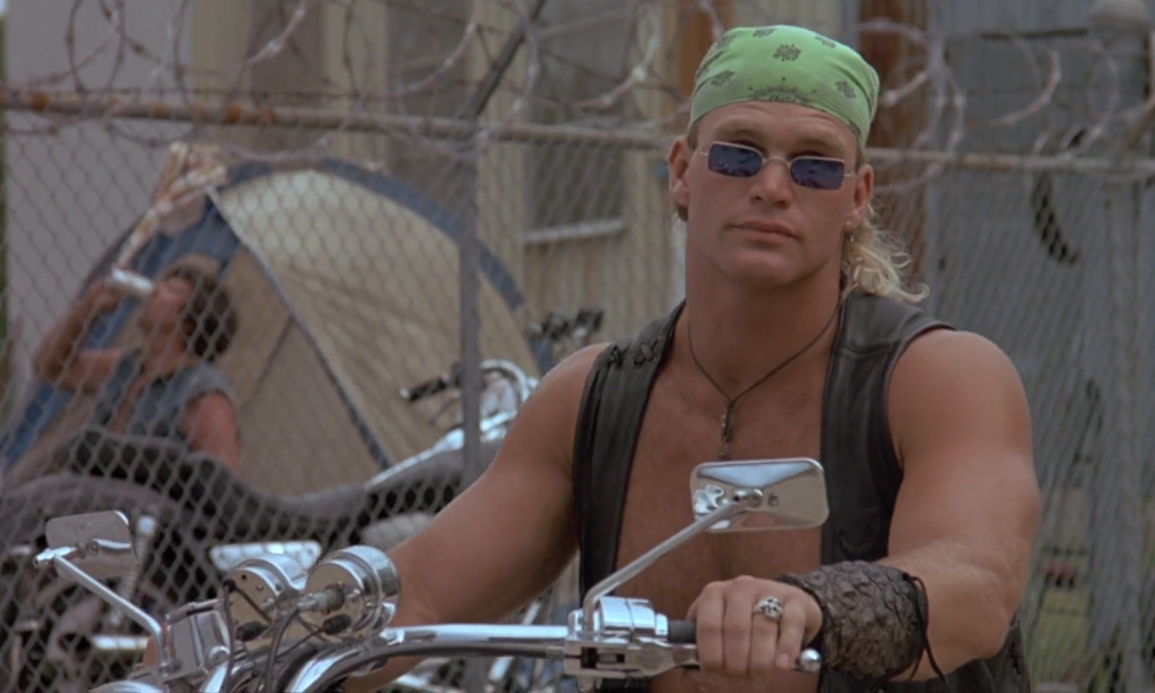 Eoin:  First of all, let me thank you for taking the time out from your busy schedule to answer a few questions for The Action Elite.

You hurt your shoulder playing football and then became an action star. Did the injury prevent you from doing any of your own stunts?

Brian Bosworth: Yes, I did hurt my shoulder while playing and it did hinder some things that I did but mostly, I try to do most of my own stuff because I like it that way!

Eoin: While filming your movies, have you ever had any serious injuries?

Brian Bosworth: I had some minor injuries during the filming of the movies and some were worse than others but nothing too major in my opinion.

Eoin: Stone Cold is 20 years old this year and still remains one of my favourite actioners. Why do you think it has endured and stood the test of time?

Brian Bosworth:  I believe Stone Cold is just one of those RAW and classic movies that just captures you and wants you to jump into it.

Eoin: After 9/11 the movie industry changed. People didn’t want to see action movies anymore; do you think that the genre will make a comeback? After all, The Expendables was a big hit.

Brian Bosworth: I get asked that question a lot and in my heart I know action movies will make a return… to me it’s just of matter of when and where.

Eoin: To follow on from that, they tend not to make “Guy Movies” as they are known, anymore. Most mainstream movies are cartoons or superhero movies, aimed at a younger audience. I used to go to the cinema to watch R-Rated blockbusters all the time, but they are few and far between now. Do you think movies these days tend to cater purely to a younger audience?

Brian Bosworth: Unfortunately, as time goes on we aren’t allowed to get away with much anymore. It’s not even just action movies, like witty-vulgar cartoons like South Park aren’t as dirty as they used to be. So to answer your question yes I do think they are catering to younger ones.

Eoin: How can we persuade Hollywood moguls to respond to the huge fan base who want to see new action movies?

Brian Bosworth: My good Sir, I’ve been searching for an answer to this and can’t figure it out either, we all need to figure something out.

Eoin: Are you able tell us about any projects you’re working on in the near future?

Brian Bosworth: You will have to just wait and see 🙂

Well that about wraps it up, thank you once again for taking the time to do the interview and all the best with your future endeavors.