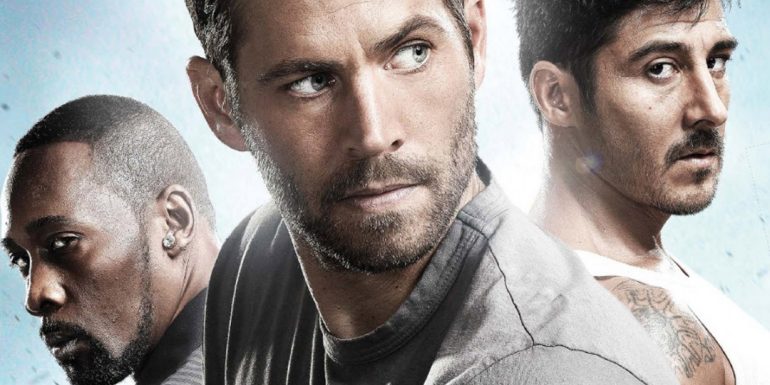 Brick Mansions is an entertaining diversion and I enjoyed it a lot more than I expected; it moves along quickly and our two leads are sympathetic. It’s let down by a poor script and it’s pretty forgettable, but I’ve seen plenty worse.

Plot: An undercover Detroit cop navigates a dangerous neighbourhood that’s surrounded by a containment wall with the help of an ex-con in order to bring down a crime lord and his plot to devastate the entire city.

Review: Before I start, let me just say that I actually haven’t seen the original version of this movie ‘District B13’, so I am viewing this story for the first time. As we all know the late Paul Walker stars in Brick Mansions and I have to say that it felt very strange (and sad) watching it and you almost forget that he isn’t around anymore. There was a nice memorial at the end though which got a round of applause from the audience. But what of the movie?

If you’re not a fan of Luc Besson then this won’t win you over; he wrote and produced the movie and sadly the weakest thing about it is the script which is cringe-worthy in places. Walker, David Belle and the cast do the best with what they have though and it doesn’t prevent Brick Mansions from being a fun shot of adrenaline.

It’s incredibly well paced and doesn’t let up for a second; Belle nearly steals the movie with his amazing parkour moves and there are some breathtaking stunts, especially in the opening chase. There is a bit of shaky cam which ruined a few scenes but for the most part the action was well done and exciting.

I have to admit I’ve not been a huge fan of The RZA up until now acting-wise, but this is one of his better roles with a character who isn’t as one note as you may expect. He’s the villain of the piece and he’s clearly enjoying himself hamming it up. I liked his reference to The Wu-Tang Clan when he says “Cash Rules Everything Around Me”, which fans will enjoy.

The nastiest piece of work in the film though is Rayzah (Ayisha Issa) who is frankly a bit of a crazy bitch and a really enjoyable villain.

Paul Walker was always likeable on screen and this was a very physical role where he got to do more than drive cars… although he still gets to at a few points in the movie.

It’s pretty mindless stuff and you’ll forget about it as soon as you leave the theatre but there are a few moments of plot which are interesting; it’s surprisingly not that far-fetched as Detroit is practically in decay nowadays and there are a few jibes at self-serving politicians too.

Because I hadn’t seen the original movie then the various twists and turns I didn’t see coming (I’m not very bright) and I liked how the story played out.

I also enjoyed the music; mostly pounding hip hop music and a kick ass score which complemented the insane action nicely. There was also plenty of comedy too and it felt like a fun, old-school action movie.

Overall, Brick Mansions is an entertaining diversion and I enjoyed it a lot more than I expected; it moves along quickly and our two leads are sympathetic. It’s let down by a poor script and it’s pretty forgettable, but I’ve seen plenty worse.