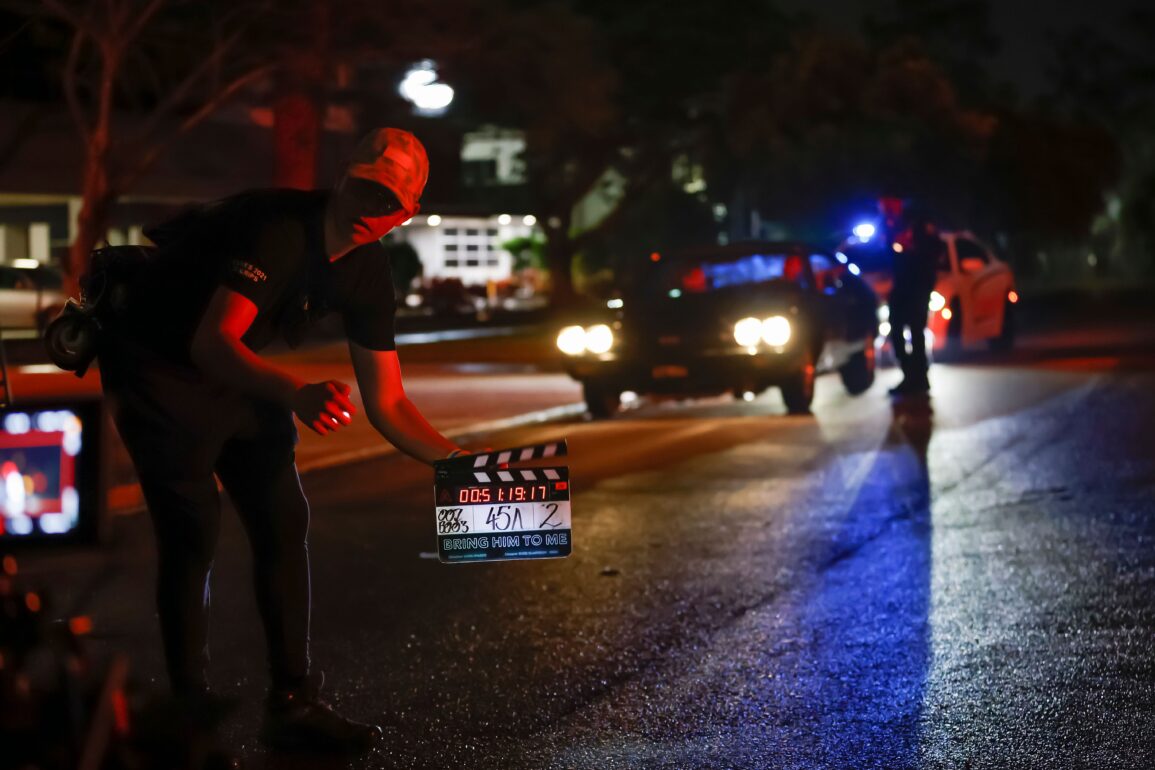 BRING HIM TO ME Starring BARRY PEPPER, SAM NEILL & RACHEL GRIFFITHS Has Commenced Shooting In Queensland!

Both Oscar nominated films Saving Private Ryanand The Green Mile won him great acclaim. Since then, he has seen a slew of success, most recently, wrapping on films Crawl which premiered at the Venice Film Festival and Awake. He is soon to be seen in Trigger Point opposite Colm Feore. Internationally recognized for his contribution to film and television, Sam Neill (Jurassic Park, Peaky Blinders, The Piano) joins the stellar cast in the mob-thriller which poses the question: “When is it too late to turn back?”

Working alongside the talented cast is Academy Award Nominee Rachel Griffiths (Hilary & Jackie, Six Feet Under, Brothers and Sisters) who continues to have an illustrious career in film and television as both an actor and director (Ride Like A Girl)and was most recently seen in Total Control and the Amazon series The Wilds. Liam McIntyre who gained acclaim in his titular role in Spartacus: Vengeance and Spartacus: War of the Damned and audiences will also recognise him as Mark Mardon -Weather Wizard on The Flash. American actor Jamie Costa, who shot to viral fame in 2021 with his incredible portrayal of Robin Williams in a proof-of-concept short film for a proposed biopic, as well as his Star Wars fan film ‘Kenobi’, makes his film debut playing opposite Pepper. Other cast to join the production include fastly rising star Jennings Brower (Netflix Dreams), and the incredibly versatile Zac Garred (Occupation: Rainfall, Australian Gangster & NCIS) who is also co-producer.

Under orders from a ruthless crime boss, a getaway driver must battle his conscience and drive a young and unsuspecting passenger to an uncertain fate in BRING HIM TO ME. Written by Tom Evans, the script was inspired by the traumatic scene in Martin Scorsese’s Casino in which Nicky Santoro (Joe Pesci) unwittingly turns up for a meeting in a cornfield and things go south. BRING HIM TO ME signals an exciting new chapter for Australian director Luke Sparke. “It’s so surreal to be able to work with Barry, Sam and Rachel. They are experts in their craft and will bring so much depth to their respective characters. I’ve been fascinated by morally grey stories like “Breaking Bad” and “Drive”, so when presented with the chance to dive deep into the underworld, I couldn’t resist bringing my own flavour to the genre toeing the lines of film noir and graphic novels”said Luke Sparke.

Myriad Pictures has acquired international sales rights and will feature BRING HIM TO ME at EFM in Berlin in February whilst Sparke Films is negotiating Australian and New Zealand rights. “We are thrilled to be working with prolific writer/director Luke and this award-winning cast on this suspenseful action movie that is destined to delight fans of car chases and adrenaline pumping special effects,” says Myriad Pictures CEO, Kirk D’Amico.Rounding out team Sparke are accomplished producers Carmel Imrie, Carly Sparke, along with Zac Garred as co-producer, and executive producers Geoff Imrie, Luke Sparke, Sean Virgin and Martin Walton.