British Actor Byron Gibson (from Only God Forgives, General Commander) is here with a new hard hitting, gritty film franchise called “English Dogs”. The film features Ron Smoorenburg (from Jackie Chan’s Who Am I) who boasts the World’s highest kick and won The Hong Kong Stunt award.  Smoorenburg choreographs the action in this feature which is both brutal and stylish. All actors were required to do their own fight sequences and stunts. Smoorenburg doubles up and acts playing his first ever lead role as the character of “Dutch”. All actors were required to do their own stunts and there were no stunt doubles.

Synopsis: Harrison played by Byron Gibson is a foot soldier for a notorious gang calling themselves “The English Dogs “who specialize in Armed Robbery and Extortion.Harrison is set up by the leader of the gang and his ex-wife Tracey at a fight meeting. He then is brutally attacked by a 130 kg enforcer of the dogs called Dodgy Dave. 12 stitches later  a broken nose he escapes to Thailand. There he meets “Dutch” a criminal kick boxer from Amsterdam who Introduces him to a the World of illegal steroids. They become one of the biggest illegal steroid suppliers in Asia. A trail of destruction and mayhem starts with one thing on Harrison’s mind. You give a dog a finger and he will take the whole hand. 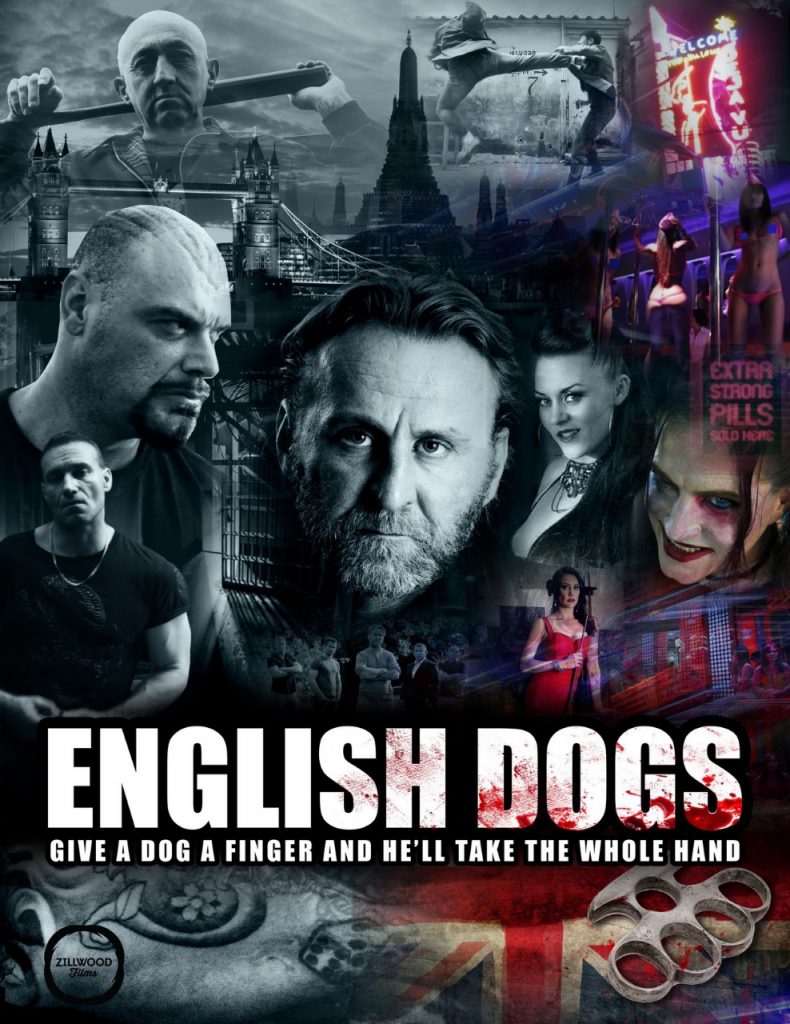