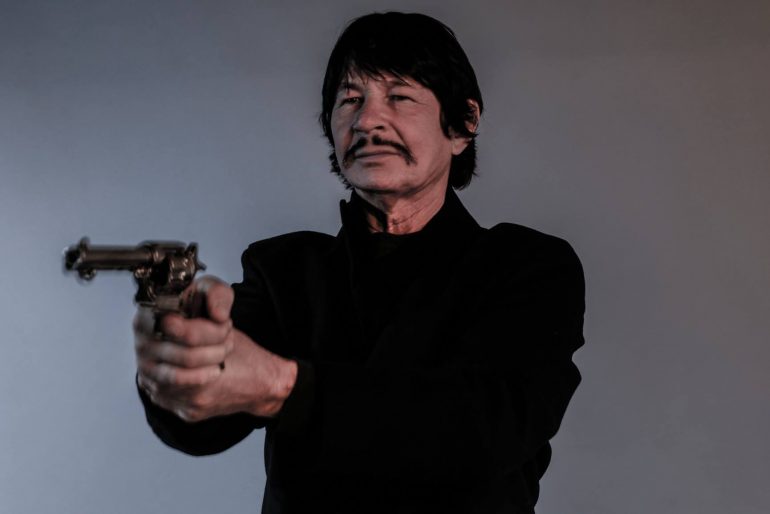 This is uncanny but this dude is a dead ringer for the late, great Charles Bronson. The actor’s name is Robert “Bronzi” Kovacs and is starring in a new film from writer/director Rene Perez called Death Kiss.

Death Kiss tells the tale of a vigilante with a mysterious past who tries to rid a city of crime as he protects a young mother and her child.