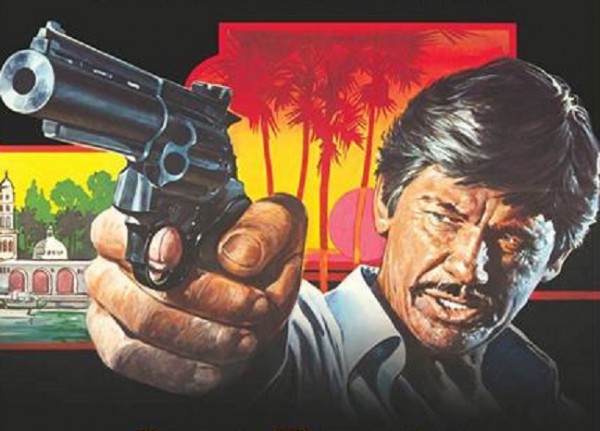 If you’re a fan of Charles Bronson then you need to own this book ASAP.

About: This all-new companion volume to the acclaimed Bronson’s Loose!: The Making of the ‘Death Wish’ Films reveals more information on the Death Wish series and also details the complex histories behind eighteen other Charles Bronson movies. Documented herein are fascinating tales behind some of the finest Bronson films of the mid-1970s (including Hard Times and From Noon Till Three); his big-budget independent epics Love and Bullets and Cabo Blanco; his lesser-known, underrated dramas Borderline and Act of Vengeance; his notorious sleaze/action Cannon Films classics of the 80s (including 10 to Midnight, Murphy’s Law and Kinjite: Forbidden Subjects); the numerous unmade projects he was attached to; and his TV movies of the 90s (including The Sea Wolf). Exhaustively researched, the book features over three dozen exclusive, candid interviews including those with directors Frank D. Gilroy and Jerrold Freedman; producers Menahem Golan and Lance Hool; writers David Engelbach, Harold Nebenzal and Andrew J. Fenady; and actors Maggie Blye, Kirk Taylor, Gene Davis, Robert F. Lyons, Kathleen Wilhoite, Angel Tompkins, Catherine Mary Stewart, Robert Joy, and Diane Ladd. Profusely illustrated with rare promotional materials, behind-the-scenes photos, and images from deleted scenes, Bronson’s Loose Again!: On the Set with Charles Bronson is loaded with previously untold insight into one of the most elusive and unique icons in cinema history.

Review: Bronson’s Loose Again! On the Set with Charles Bronson (to use its full title) is the follow up to the excellent Bronson’s Loose! The Making of the Death Wish Films from author Paul Talbot.

The only flaw I had with the first book is that it was a little short but this one has everything you’d want from fantastic in-depth interviews with co-stars and filmmakers where they talk about working with the action legend. There are also a few snippets from old Bronson interviews and he comes across as a complex person where many didn’t know how to handle him.

He kept to himself and wasn’t much of a party animal on movie sets but he was dedicated to his craft. He seemed to be greatly respected by pretty much everyone he worked with and although he was a man of few words, he still would be amiable.

Bronson’s Loose Again! has everything a fan could want; Paul Talbot has clearly done his research and it must have been painstaking to put all of this information together to help us get to know an underappreciated legend. This focuses more on his later career on movies like Borderline, Cabo Blanco, Family of Cops and more and provides a great insight into how the movies were made.

I especially enjoyed the Cabo Blanco chapter as we discover that a lot was cut out of the film upon its North American release; I’m still holding out for an extended cut Blu-ray one of these days.

Overall, there really isn’t much else to say; if you’re a fan of Charles Bronson then you need to own this book ASAP.