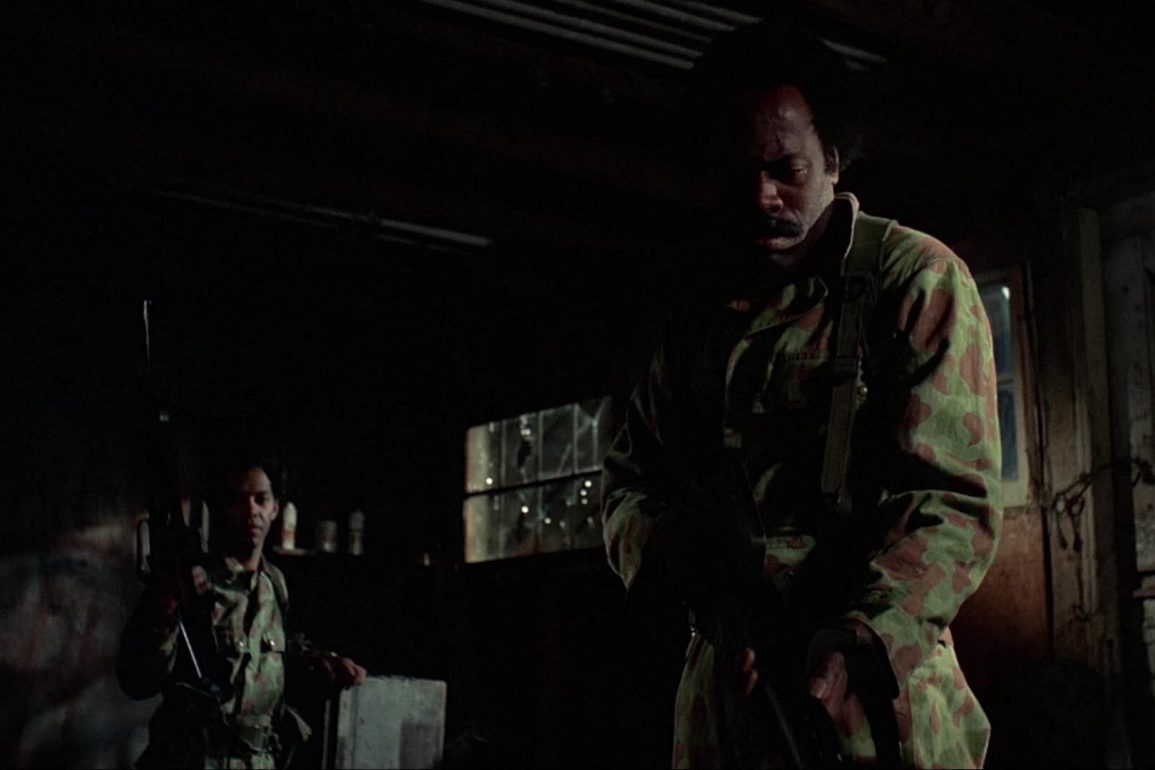 Brotherhood of Death is a satisfying Blaxploitation/Revenge flick and despite some poor acting and obvious budget restraints it still packs a punch.

Plot: A group of Black soldiers are home from the war and head to a small Southern town. The town is dominated by a group of Klansmen who keep the Black majority from voting or being treated like human beings. However, these newcomers convince the local population to register to vote so they can take back power and achieve justice. When hundreds show up to register, the Klan responds with violence. Eventually, though, the Black community has little choice other than fight back and the film ends with a small war between these combat vets and the Klan.

Review: Brotherhood of Death is as relevant today as it was when it was released in 1976; racism seems to be getting worse rather than better. This movie tackles that issue head on but also manages to be a satisfying Blaxploitation/Revenge tale of black men in a small town “sticking it to the Klan” as the posters say. Watching the KKK getting what they deserve is incredibly satisfying and throughout the movie you’re wondering just how can people be filled with such reckless hate?

The movie is not without its flaws; some of the acting is ropey at best and you even see a boom mic at one point too. It takes a little while to get going and the story is disjointed for the first half lacking any real tension. That all changes when our heroes return from Vietnam and realise that they won’t receive help from the law when the entire town is practically part of the KKK. So they take it upon themselves to bring their own kind of justice.

At times it’s not an easy watch, especially the rape of a poor girl which thankfully is brief and cuts away but still manages to disturb. The various racial slurs aren’t easy to listen to either but the sad thing is that people like the antagonists in this movie do indeed exist.

The finale is action packed as the Klan are taken down giving us an exciting conclusion to a film that although flawed actually has something to say.

Overall, Brotherhood of Death is a satisfying Blaxploitation/Revenge flick and despite some poor acting and obvious budget restraints it still packs a punch.