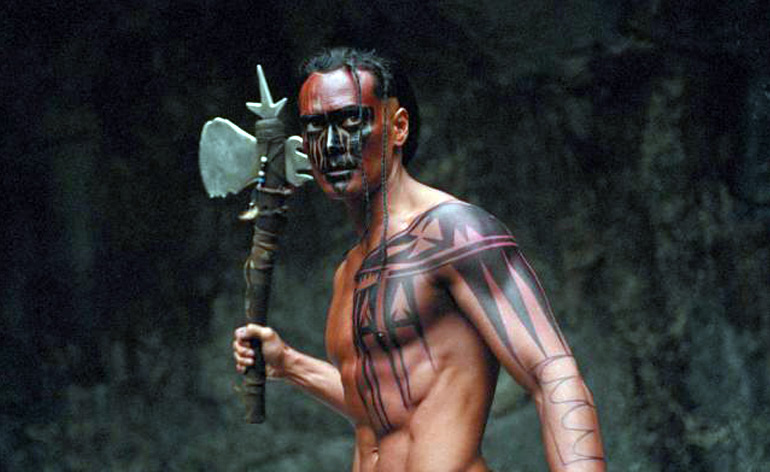 Brotherhood of the Wolf (2001) Review

Brotherhood of the Wolf is a little long with some slow pacing in parts but the original storyline, excellent action scenes and top notch acting make this an underrated gem.

Plot: In 18th century France, the Chevalier de Fronsac and his native American friend Mani are sent by the King to the Gevaudan province to investigate the killings of hundreds by a mysterious beast.

Review: One of my friends was talking about this movie the other day and it’s hard to believe it’s 15 years old. It’s arguably the best movie Mark Dacascos has ever done and splices several genres together including martial arts, horror and period piece in successful fashion.

It won’t be for everyone as it is a little long and the pacing does drag in places but it manages that rare feat of being unlike anything we’ve really seen before.

Dacascos is in more of a supporting role with the main character Grégoire de Fronsac (Samuel Le Bihan) taking the reins of the investigation as they search for said mysterious beast that has been killing throughout the countryside.

It’s beautifully shot with spectacular attention to period detail making for a more immersive storyline; there are twists and turns regularly keeping things unpredictable and fresh.

The acting is all first rate with Vincent Cassel playing the usual creepy weirdo; seriously he could never play a believable good guy.

The movie also has the added bonus of Monica Belucci who provides some welcome nudity to proceedings.

The fight scenes are all fluid with camerawork allowing you to see all the action, although like I mentioned there is a bit too much time between the action.

The music provides a creepy atmosphere and helps build up the tension until we eventually see the beast. It’s actually a pretty awesome monster and despite being CG, it still looks decent and rather terrifying.

Overall, Brotherhood of the Wolf is a little long with some slow pacing in parts but the original storyline, excellent action scenes and top notch acting make this an underrated gem.