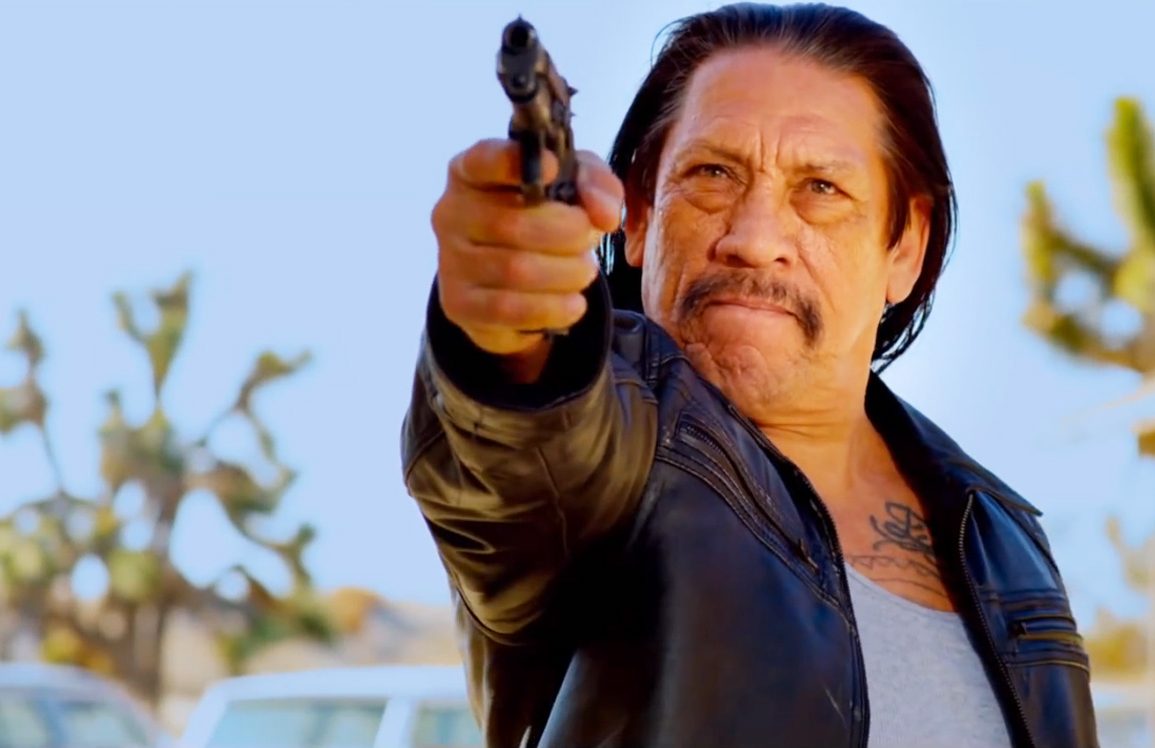 If you’re looking for an old-school, ultra-violent action movie then Bullet is worth checking out.

Plot: A tough cop takes the law into his own hands when his grandson is kidnapped.

Review: I think it’s safe to say that Danny Trejo is one of the hardest working people in Hollywood as he practically has a new movie out every week.

Bullet has Trejo playing cop Frank ‘Bullet’ Marasco, a tough but good cop who has unorthodox ways of getting things done… which simply makes him a complete badass.

He has a few choice one-liners and I think the stand out has to be after he shoots a French chick: “Hey, we’re in America, speak Mexican, Bitch!”

Bullet is an old-fashioned cop thriller with plenty of Hard R violence and an action packed finale.

If you remember last year there was some controversy surrounding this film which is produced by Robert Rodriguez. Director Nick Lyon, apparently wasn’t happy that Robert Rodriguez’ American United Media (AUM) and FUNimation Entertainment had taken the film away from him.

But a judge ordered an injunction against his interference in the completion of the film, and Lyon took the dispute to an appeals court.

Despite all of that, the film is a lot of fun with a great villain played by Jonathan Banks (Beverly Hills Cop, Under Siege 2, etc.). This guy makes the Devil look like a choir boy in comparison.

The toughest scene is watching him beat a man to death with a golf club, so if you’re looking for a family friendly movie, you best move on. He’s the head of a Cartel and has no problem killing men, women or children.

The movie won me over in the opening few seconds as soon as I saw a) The desert and b) the awesome electric guitar filled music score. Anything set in the desert is instantly watchable and I really need to move there ASAP.

Anyway, the score is utterly badass and grabbed me straight away; there isn’t a theme tune but it didn’t need one.

The pacing does lag a little in the middle and it’s not all that original, but at no point was I bored.

Overall, if you’re looking for an old-school, ultra-violent action movie then Bullet is worth checking out.