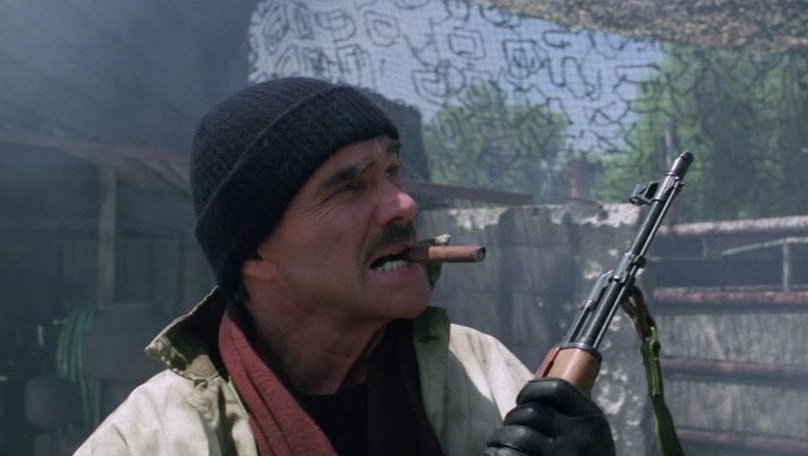 Plot: A notorious criminal is hunted down by the elite Raven Special Forces team when things go wrong on a mission to capture stolen military hardware.

Burt Reynolds and Matt Battaglia star in this explosive action movie from 1996 which was just before they would be seen again in their two Universal Soldier TV movies.

Raven is B movie stuff at its finest packed with practical action scenes, real explosions, shoot-outs and most importantly nudity. Krista Allen gets topless a few times throughout and every female character in this usually ends up naked or at least wearing skimpy clothing so it’s certainly the kind of movie that wouldn’t be made today and one of the reasons you should watch it immediately.

It’s got a slightly confusing story to it as the trailer makes it look like Burt Reynolds is this badass action hero which for the first 15 minutes he is, but then he decides he is going to keep half of a device they have retrieved and turns out to be a villain. He starts to go after the Senators who left them for dead while also trying to retrieve the other half of the device which he discovers Martin ‘Duce’ Grant (Matt Battaglia) has. After killing several Senators and attempting to blackmail Duce into giving him the device it all leads up to a showdown which doesn’t quite go the way you’d expect.

Raven (Reynolds) changes sides again towards the end so you aren’t sure whether to root for him or not. I did anyway just because he’s Burt Reynolds and he is the best actor in this movie but it definitely feels uneven.

The rest of the cast are ropey at best and the script isn’t the greatest but I really didn’t care as this is just a riot; Battaglia was pretty one-note in this and his character Martin ‘Duce’ Grant is your average do-gooder boy scout who is done with killing and wants a peaceful life with his not unattractive lady. Understandable.

Harry Manfredini (Friday the 13th) provides the score which hasn’t stood the test of time very well sounding rather cheap and synthy… but not in a good way. The best moment though is when Reynolds first appears, and the music swells heroically.

It’s generally well paced and not short on rather spectacular action scenes so it should keep you engaged for its 93-minute runtime.

You need to check out the trailer below as it says “Burt Reynolds… the biggest name in action…” Was he though? Pretty sure this was when his career was at a bit of a lowpoint before Boogie Nights brought him back but I still loved him anyway.

Overall, Raven is hardly a classic but it sure is fun with Burt Reynolds at his cigar chomping best, stuff exploding regularly and enough topless women to keep even the most jaded action fan glued to the screen. 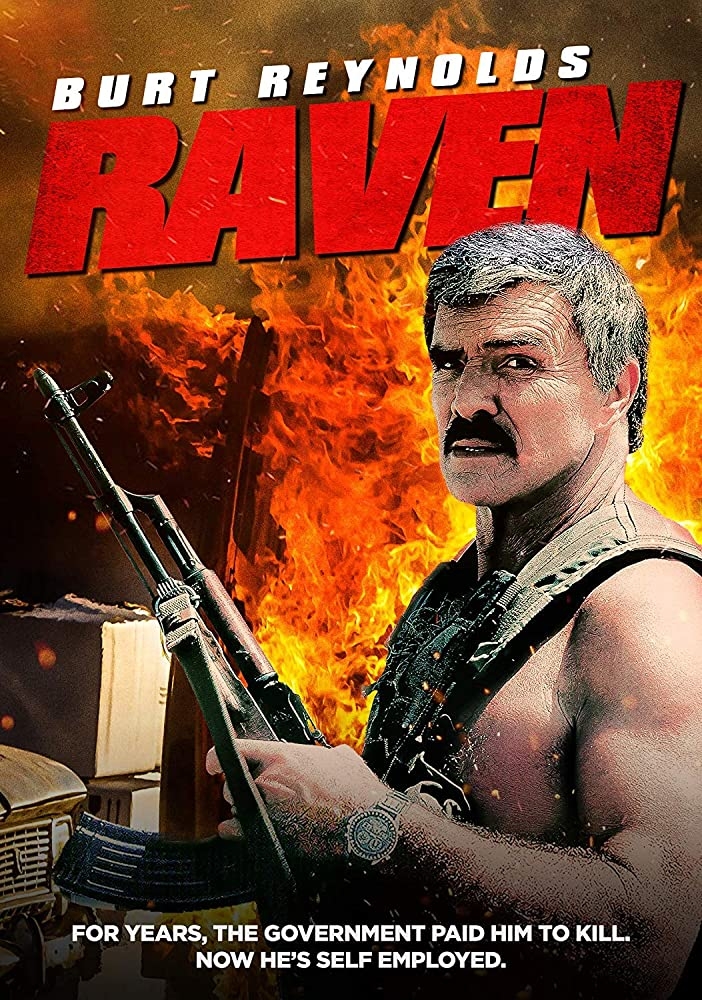