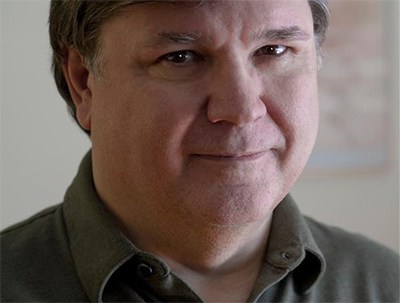 C. Courtney Joyner is a filmmaker and author who has taken on the mammoth task of writing a sequel to Jules Verne’s classic 20,000 Leagues Under the Sea, entitled Nemo Rising.

The Plot is as follows: Sea monsters are sinking ships up and down the Atlantic Coast. Enraged that his navy is helpless against this onslaught and facing a possible World War as a result, President Ulysses S. Grant is forced to ask for assistance from the notorious Captain Nemo, in Federal prison for war crimes and scheduled for execution.

Grant returns Nemo’s submarine, the infamous Victorian Steampunk marvel Nautilus, and promises a full Presidential pardon if Nemo hunts down and destroys the source of the attacks. Accompanied by the beautiful niece of Grant’s chief advisor, Nemo sets off under the sea in search of answers. Unfortunately, the enemy may be closer than they realize…

Courtney chats with The Action Elite about this undertaking.

What made you want to do a sequel to 20,000 Leagues Under the Sea and why now?

I grew up in the 1960’s monster boom with Famous Monsters of Filmland magazine, horror model kits and all those wonderful things. I was a big fan of the paperbacks like Doc Savage and Conan the Barbarian with the Frank Frazetta covers. So I was into this action fiction which is something that has sort of gone by the wayside a little bit, certainly the series paperbacks have. I used to love that stuff and was absolutely enthralled with the movies that were made from Jules Verne’s work. Of course the classic Disney Fleischer version of 20,000 Leagues but also Mysterious Island, directed by Sy Enfield where they used Ray Harryhausen. I knew Herbert Lom who was always my favourite Captain Nemo anyway.

This project actually started out as a TV pilot script and I wrote this many years ago; I wanted to capture that Harryhausen adventure paper spirit with this screenplay. We came close a few times but it didn’t happen and then a friend of mine who’s a wonderful writer who wrote The Shootist encouraged me to write a novel based on the script. I actually ended up giving the script to an editor and he also said “how about a novel for this? (laughs)”

This was only my third attempt but it’s very much an action adventure story so that’s kind of how it all started. It was really just my heart being in that enthusiastic place wanting to recapture that tone and attitude even beyond continuing what Jules Verne had written.

How long did it take to write the novel?

It took me about a year to write it.

What do you think is the enduring appeal of Captain Nemo?

I think it is the true lone wolf individual; not only is he a man without a country but he’s a man who rejects any sort of cultural or geographical identity and answerable only to himself. I think he is a man who is totally and completely unto himself and I think that is very appealing.

I read the book for the first time a few years ago and the story still holds up; I think we’re due a new film of it…

I love the version that Richard Fleischer made and the Universal version from 1916. It was fascinating (which I touch on in the book) is that Verne was writing these stories around the time of the civil war. People forget that the submarine technology existed then. The Monitor, the Ironclads and all that stuff was going on during the war and was one of Verne’s launching pads. Obviously, The Nautilus is far beyond what actually existed at the time but when they did the movie in 1916, it was so close to that actual time period that the Nautilus and other submarines are really close to what they had in the 1860s. It’s interesting that they had to go back as they didn’t have the cinematic technology project into the future very well (laughs). That’s one of the many interesting things about 20,000 Leagues and Mysterious Island even Journey to the Centre of the Earth is looking at them from the time period when the works were originally created and what was going on. So not only was in the American Civil war but it was the beginning of the industrial revolution, which of course Verne presupposed and predicted, including television.

How many years is there between 20,000 Leagues and Nemo Rising?

It begins very shortly after 20,000 Leagues ends but Nemo did not die on The Nautilus; he was in fact captured and is right now in a prison in Virginia; he’s set to be hung for sinking the USS Abraham Lincoln and the submarine is in dry-dock.

If they were to do a new movie of 20,000 Leagues is there an actor today that you could ideally cast as Nemo?

Sean Bean. The Nemo that I wrote is young but all the descriptions of him is that he was an older man. Of course when they did the Disney version with James Mason his wardrobe and attitude was really more like a U-Boat Commander. Herbert Lom had the white hair and was veering more towards the middle age. In Mysterious Island, which originally was very close to Robinson Crusoe Verne’s publisher said “you need to put Captain Nemo in here some place”, which showed that commercialism has always been around where they wanted to sell books. This is a popular character and he needs to exist in this.

So Verne wrote Captain Nemo into the story, very effectively of course but as an old man who was dying. So I thought no, no you don’t want to go that way. I wanted him to be the young sea faring adventurer who probably drinks too much and is still grieving over the loss of family in the war and has built this great thing. He’s also almost a pirate and this rough and tumble guy so that’s the way I wrote it.

I always considered him more of a pirate…

I think they always wanted to keep away from that description of the character because it has all these other connotations but I think he is a freebooter and the sword of the action who does exactly what he wants to do with no allegiance to anyone but himself. I think it’s very much of the pirates of the time.

Has the character of Nemo changed since 20,000 Leagues and Nemo Rising?

I think I made him more aggressive, certainly the bitterness and the cynicism was always part of the character. He distrusts the government and hates cultural identity, all of these things that he sees leading men to war. So all of that is very much there and I’ve tried to amplify those points as I think that was very important to what Jules Verne was writing about.

You’ve written and directed various movies as well as written several books; do you have a preference?

I’m so new to writing novels but it’s been such a wonderful experience to sit down and work on fiction and expand everything. I think they are two very different sciences with two different disciplines. With a movie I tend to think of limitations because you have to, unless you’re writing the new Marvel movie then the horse is out of the barn and you can do anything you want. Except for those three guys who get those assignments, everybody else has to think in practical terms of how things can actually be filmed. With a novel you have the freedom to create whatever you want to all over the page. I think that’s wonderful. You’re not thinking in terms of money to actually bring it to life because the life is what you’ve written on the page.

What would you want readers to take away from Nemo Rising after they’ve read it?

I would like them to feel that this was a great, unpretentious big sea-faring adventure that has a lot of fantasy elements in it and “steampunk” elements to it which just naturally kind of rose out of the industrial revolution. I think when you do tackle these characters and you try to put them in new adventures, the best thing is for people to say they would want to go back and read the original. Anything that makes people pick up a book, I am all for that.

Any plans to return to movies any times soon?

I would love to direct a movie again soon; I’ve optioned a few scripts that haven’t been made and I am with any luck going to be writing a pilot for a Nemo Rising television series for cable so we’ll see how that goes. We’re very hopeful that it will reach the camera. I did take a break from movies because the fiction with Shotgun seemed to turn out well; it’s funny because the books brought me back to the attention of the studios. I worked on a Western over at Paramount and some other things so it was wonderful to come full circle again.

What else do you have in the pipeline?

Well, I hope to be writing a sequel at some point but Nemo Rising comes out on December 26th and then Pinnacle Books is reissuing the first two Shotguns. That will be a double paper back on January the 15th kind of kicking off the series again. The third one will be coming out the following Labor Day called “These Violent Times” and they’ve already had me do the 4th and I’m already working on the fifth and the sixth so the Shotgun books will be continuing with Captain Nemo in-between times. Maybe there’ll be a TV episode or two so we’re keeping our fingers and toes crossed there. I also do a lot of commentaries for a lot of DVDs and Blu-rays; I’ve done a lot of stuff for Signal One which is UK based but also for Arrow Video. I’m in the on camera documentaries for the new version of John Carpenter’s The Thing which just came out as well as The Incredible Shrinking Man which is out in a few weeks.