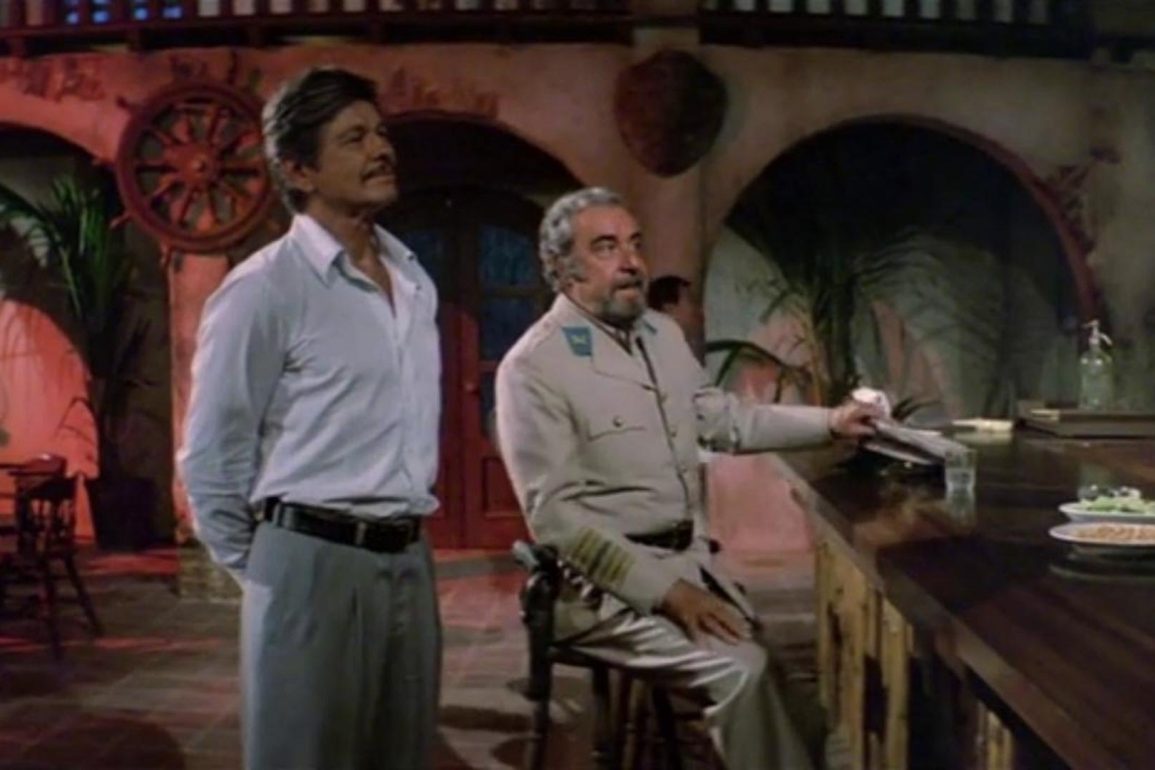 Caboblanco looks nice and Bronson is as cool as always but the movie is surprisingly dull with little in the way of action and feels like a missed opportunity.

Plot: In 1948, an assortment of shady characters are searching for Nazi loot, sunken off the coast of Peru.

Review: Caboblanco isn’t considered one of Charles Bronson’s better movies and it’s easy to see why; nothing really happens in it and it’s surprisingly boring. Originally it was meant to be 2 hours long and was a more sweeping adventure tale but when it got released in the States it was cut down to 90 minutes.

Bronson is at least cooler than ever as bar owner Giff Hoyt who is essentially the same character as Rick from Casablanca. Caboblanco was going to be a remake/homage to Casablanca and it does have a similar vibe although it lacks the memorable script and quotable lines.

It does at least have plenty of nudity though which is always a plus, but you can tell a lot was cut making the story slight and not very engaging.

There are only a few action scenes and they are nothing particularly exciting or memorable; the music score promises an epic adventure too and yet it’s just a whole load of nothing.

Dominique Sanda was bland and wooden as Marie Claire Allesandri and she had little to no chemistry with Giff. Once again there might have been more to their relationship in the original version.

The locations are at least nice and Jason Robards plays an entertaining villain called Gunther Beckdorff but you can’t help feeling that there was a better movie before it was cut to shreds.

With all of these awesome Blu-ray companies out there re-releasing forgotten classics it would be awesome if someone could find the original print of this movie and release it in Hi-def.

Overall, Caboblanco looks nice and Bronson is as cool as always but the movie is surprisingly dull with little in the way of action and feels like a missed opportunity.