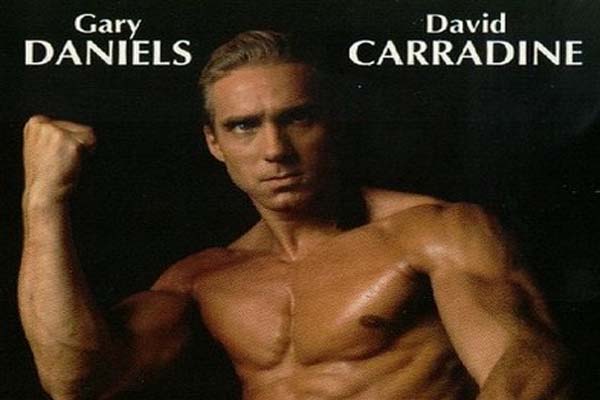 If you enjoyed American Streetfighter then you’ll probably enjoy Capital Punishment too as it has plenty of action.

Plot: The greatest Kung Fu legends battle to stop the distribution of a new drug.

Review: It’s time for another Gary Daniels action spectacular; this time it’s one of his very first movies: Capital Punishment and it has Daniels literally killing people in hilariously brutal fashion.

A bad guy even asks for his help at one point but rather than be merciful Daniels responds “I don’t make bad deals” or words to that effect, then crushes the guy’s head with a block of ice. Give ‘em Hell, Gary!

Like American Streetfighter, this has a few surprising twists and turns and I didn’t see the ending coming about his wife. Bitch.

The plot was something to do with distribution of a new drug but I liked the idea that the bad guy was Daniels’ former sensei. The other villain is none other than David Carradine who is sadly wasted in a small and forgettable role.

There is however practically constant action with fight scene after fight scene and Daniels is as always, impressive to watch. The choreography is the best thing abut the film and also keep an eye out for Ian Jacklin who played Daniels’ brother in American Streetfighter; this time he plays a bad guy.

It’s well paced and you won’t be bored, you may just laugh at how cheap it looks in places and the acting isn’t the greatest. But like I’ve said before, we don’t watch these movies because we want great acting, just B movie cheese and this movie delivers.

Pretty short review this one, but literally there isn’t much else to say; if you enjoyed American Streetfighter then you’ll probably enjoy Capital Punishment too as it has plenty of action.