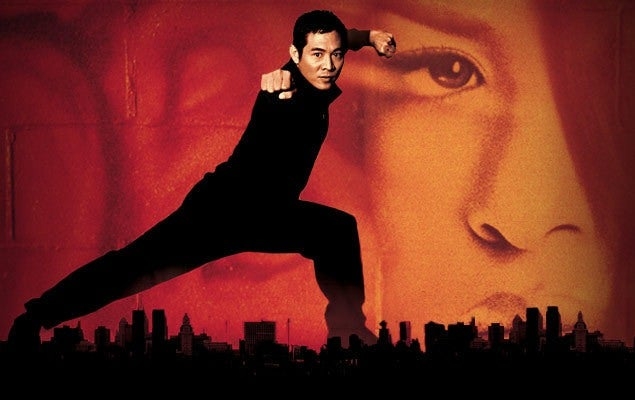 Plot: An avenging cop seeks out his brother’s killer and falls for the daughter of a businessman who is involved in a money-deal with his father.

I practically watched Romeo Must Die on repeat when I first got the DVD back in 2000; I still struggle to believe the movie is 20 years old now, but it’s still as entertaining as it ever was.

Jet Li gets to showcase his amazing martial arts prowess in his US debut as a leading man but his character also comes across as rather vulnerable and immediately likable. I’ve always been of the opinion that there is no one cooler than Russell Wong in this movie; I need those shades he wears and his entrance scene where he has the fight in the club is a standout.

There will always be a cloud that hangs over Romeo Must Die and that was the tragic death of Aaliyah, one of the main stars of the movie; she died in a plane crash a few moths after the film came out and it was such a loss as she was wonderful on screen.

The whole cast is great including Delroy Lindo, Isaiah Washington and even DMX; Anthony Anderson’s character is a bit annoying but he does have a few funny lines.

The story is rather unpredictable and has plenty of twists and turns to keep it interesting but the highlight of the movie are the X-Ray shots during the fight scenes, especially the spine breaking in the final fight which is incredibly satisfying. This was released shortly after The Matrix so the sound effects and fighting styles feel very much in the same vein.

There are some fantastic music choices too with great songs and an awesome score to keep the adrenaline pumping throughout.

After 20 years Romeo Must Die may be one of my favourite Jet Li films; it has a good story, strong performances and some innovative and exciting fight scenes.