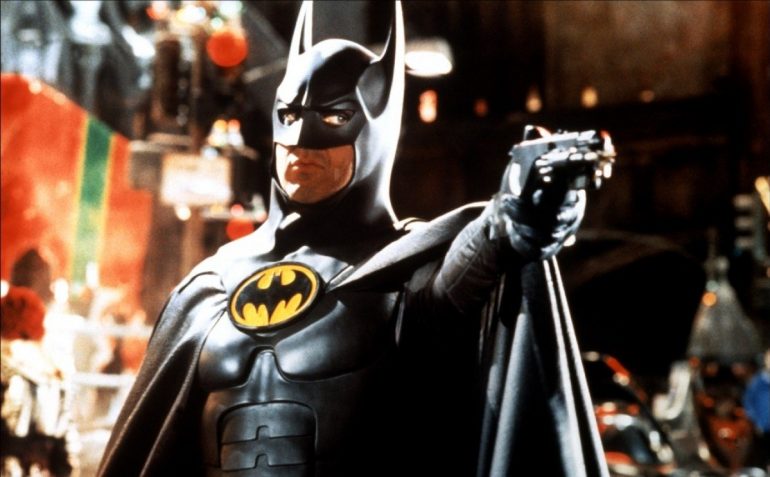 Being the obsessive Batfan that I am I thought tonight I would pay tribute to the Tim Burton classic Batman Returns which is 25 years old today.

At the time of release back in 1992 I think a lot of people didn’t quite know what to make of Batman Returns; it was a box office hit but some complained that Batman was more of a supporting character which admittedly is a valid criticism, it had a dark and somber tone which people may not have been ready for at the time but when the villains are The Penguin and Catwoman (played to perfection by Danny DeVito and Michelle Pfeiffer) then you just sit back and watch them eat up the screen.

Michael Keaton was always a great Bruce Wayne/Batsy who was a man of few words and could actually say a lot by just looking distant and haunted… the way Bruce Wayne should. He may not have that much to do in terms of a story arc but he sure does punch lots of bad guys, oh and even kills some too. Did people whine like little bitches about it back then too?

I always liked how when Oswald Cobblepot first appears in the movie Bruce sympathizes with this poor creature who also grew up without his parents and he sees him almost as a kindred spirit. As the story progresses Wayne becomes more suspicious of Oswald’s motives and the games begin.

Michelle Pfeiffer remains the finest live action interpretation of Selina Kyle/Catwoman and is also my favourite version of the costume. She captures the timid nature of Kyle perfectly and her transformation into the sexy Catwoman is one of the many highlights.

Sure, it may not all be “comic accurate” in terms of some story points but if you want that then go read the comics; it still feels like it takes place in an alternate universe and considering it was one of the first decent comic book movies it did a damn fine job of creating a bizarre world of eccentric characters and stunning set design. Tim Burton always had a fantastic visual style and I always thought it was perfect in the world of Batman Returns with crooked statues and Gothic architecture.

My favourite aspect of the film is Danny Elfman’s music score which remains my all-time favourite Batman soundtrack; the choral music featuring the main Batman theme in the opening credits, The Penguin’s tragic theme and Selina’s screeching violins capture each character’s battles with dual identities to a tee and I still listen to the score every few days after all these years.

It was never a kid’s film with its darker and weirder tone which is why Warners foolishly went in a lighter direction with Batman Forever and Batman & Robin which killed the character cinematically until Batman Begins in 2005.

I know a lot of people to this day don’t really like the film and I can understand why; there isn’t all that much to the story and like I said it isn’t really like the comics and the surreal nature of the world Burton created is an acquired taste.

After 25 years Batman Returns is still one of the strangest comic book movies out there but it’s grown a real following over the years and I know a certain friend of mine who still claims it is her all-time favourite Bat-movie.