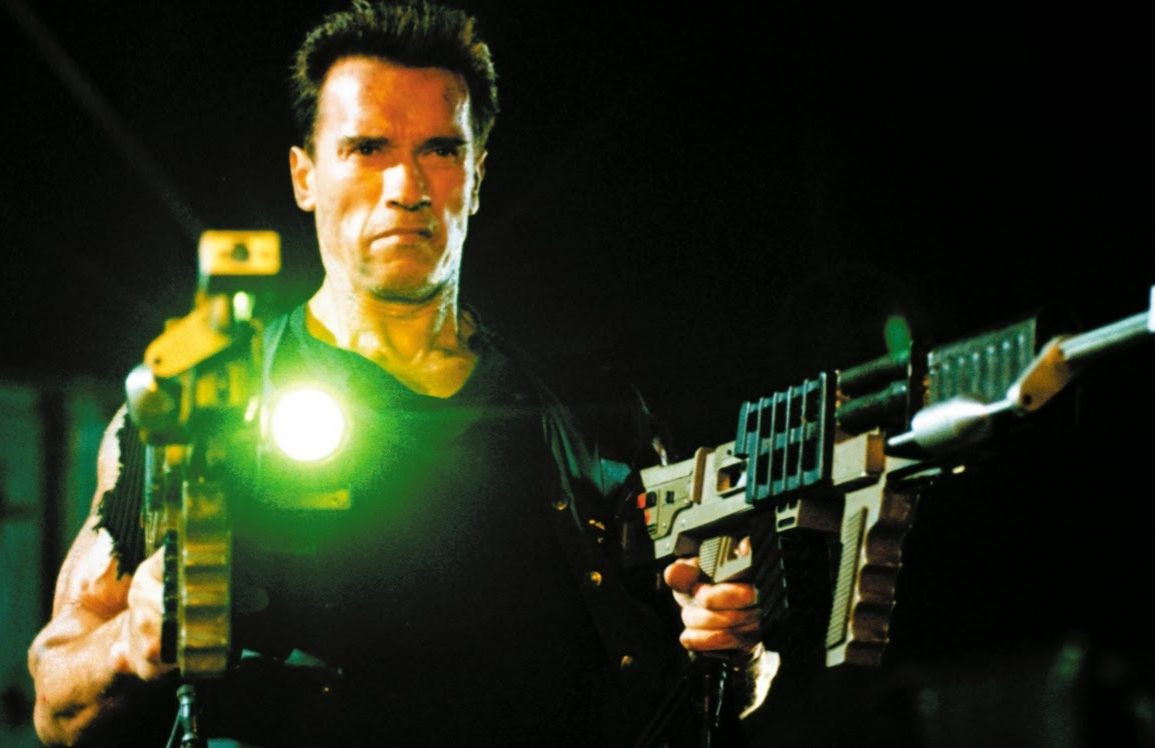 Plot: A Witness Protection specialist becomes suspicious of his co-workers when dealing with a case involving high-tech weapons.

This week marks the 25th anniversary of Arnold Schwarzenegger’s Eraser and I’ve always considered it rather underappreciated. It may not be in my top 5 Arnie pictures but it’s certainly way up there. It has an awesome cast including John Slattery, Nick Chinlund, Robert Pastorelli, James Cromwell, Patrick Kilpatrick and James Coburn with James Caan on villain duties and Vanessa Williams as Lee Cullen.

I liked how Lee can still take care of herself holding her own against the villains so she isn’t just waiting to be saved by Arnold’s John Kruger constantly.

Critics at the time generally looked down their noses at it describing it as absurd and I suppose it is but it’s action movie and that’s the point of them. I think this was one of Arnold’s last great action pictures; yes, he has done good ones since but this was Arnie at his best especially the finale on the docks when he takes out the two rail guns and starts blasting at the bad guys with Alan Silvestri’s heroic score blaring.

It wasn’t until recently that I found out (thanks to IMDb) about some of the behind the scenes issues like Director Chuck Russell and producer Arnold Kopelson not getting on during the entire production. Apparently the only reason the film was able to go forward and ultimately be completed was that “Arnold Schwarzenegger got along with each man separately, and was able to negotiate schedules and logistics at a point where the two men refused to speak to each other”.

Eraser still has classic Arnie one-liners like “you’re luggage” and some impressive set pieces that still hold up today; it also just has the sense of fun that makes it endlessly enjoyable.

I remember some of the movie was cut in the UK for various stupid reasons but the finale with the car being hit by the train was removed so it wasn’t until I saw the North American release that I found out scenes had been cut.

It’s hard to believe it’s been 25 years since Eraser was first released and for me at least it’s still one of Arnie’s most entertaining movies with some great action scenes, memorable characters and choice one-liners. If you’ve got no plans this weekend I suggest revisiting it and just enjoy watching classic Arnie taking out the trash as only he can.