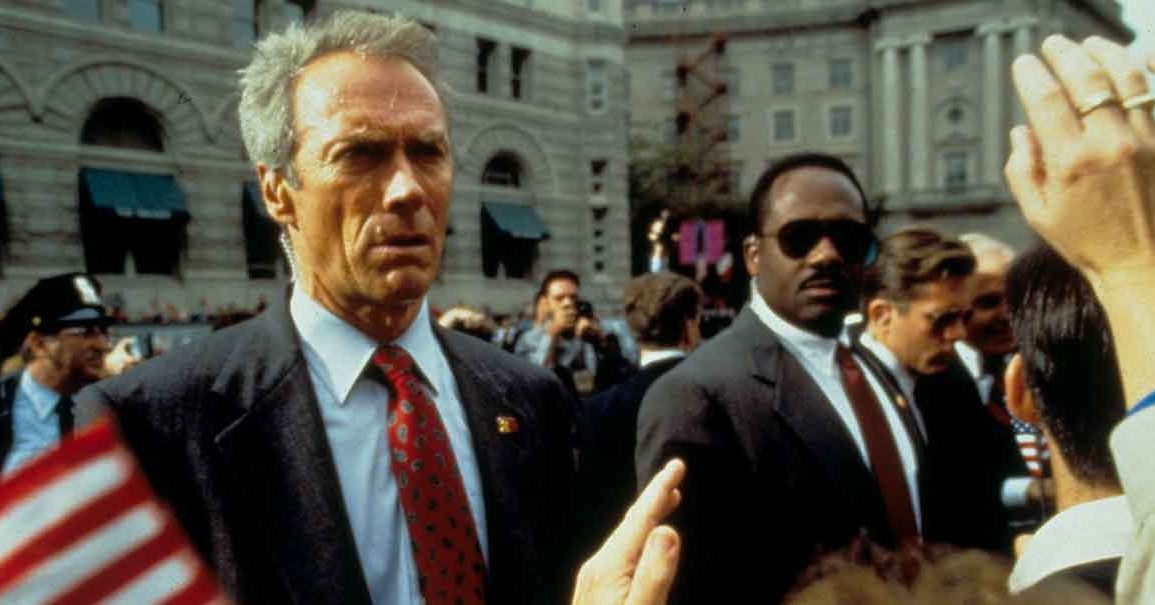 Plot: A Secret Service agent is taunted by calls from a would-be killer who has detailed information about the agent – including the fact that he failed to save President John F. Kennedy from assassination. The caller is revealed as an ex-CIA assassin, and the agent, who is investigating a threat to the current president, is determined not to let history repeat itself.

I remember seeing In the Line of Fire in the cinema two or three times and even now it’s still a classic action thriller and one of my favoruite Clint Eastwood movies. I think this was also the first big role for John Malkovich who is on career best form as Booth, a man who has a rendezvous with death by wanting to assassinate the President of the US. Unfortunately, he also has a rendezvous with Eastwood’s ass, motherf**ker!

There is a great scene where Booth is building his gun calmly next to a duck pond and he is approached by two hunters; I won’t ruin the scene but I think Malkovich is at his best when he’s malevolently calm.

There’s another great scene when he finally loses his cool with Eastwood’s character (Frank) on the phone and has a fantastic rant which remains one of his finest performances to date.

Clint is as cool as ever but he isn’t invincible in this; he’s an old timer and a Secret Service Agent who is forced into playing Cat and Mouse with Malkovich’s President hating nutjob. This isn’t Dirty Harry, but a very different character who wants to make up for past failings as a Presidential bodyguard.

Rene Russo plays the tough as nails (who isn’t really) Agent Lilly and potential love interest for Clint; she has great chemistry on screen with Eastwood and is immensely likeable.

You may also recognize Jigsaw (Tobin Bell) from the Saw franchise in the opening scene as a particularly scary criminal… no change there then.

The film gent’s unbearably tense and rockets along at a great pace with a finale that is exciting and very well executed. Apparently Eastwood didn’t get on with Wolfgang Peterson during the making of this film, which is a shame as he does a great job of creating one of Clint’s best movies.

After 25 years In the Line of Fire still stands the test of time and remains essential for action/thriller/Eastwood fans. I recommend picking it up on Blu-ray as it’s been really well remastered and I know things about Blu-rays, Lilly…