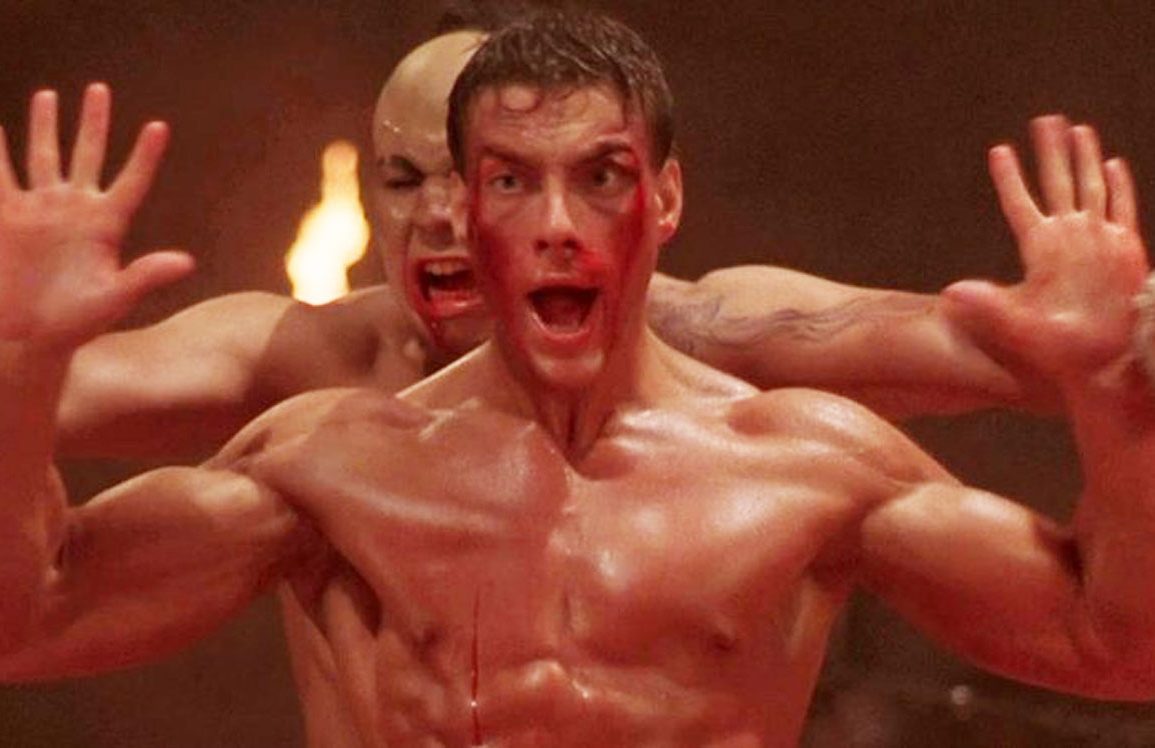 Plot:Eric Sloane (Dennis Alexio) is an American kickboxing pro, helped by his brother, Kurt (Jean-Claude Van Damme), in his quest for glory. But when the two go to Thailand to take on legendary Tong Po (Michel Qissi), the opponent viciously beats Eric and leaves him paralyzed. Swearing vengeance, Kurt tracks down master Xian Chow (Dennis Chan) and begins learning the sport himself while also getting caught up in criminal intrigue involving thuggish crime boss Freddy Li (Ka Ting Lee).

I feel so old writing this but I can’t believe the Jean-Claude Van Damme classic Kickboxer is 30 years old today; I used to watch it to death on VHS back in the day and it remains one of Van Damme’s finest hours.

I’ve mentioned before in my ramblings that Kickboxer is one of  JCVD’s films that is shorter in the US than it is in other countries. In the UK version (which I have been used to for so many years), there are several scenes which aren’t on the US DVD.

A scene between Kurt and his brother where Kurt is told “You fuck him up! You fuck him up bad!” is non-existent and also the whole “Pedicab!” scene is shorter. Not massive losses to the story but still, it’s weird not having them in it as I’m so used to seeing them.

Anyway, Kickboxer was the first film of JCVD’s I watched; I was at my cousin’s house in Ireland and he said “Have you heard of this guy Jean-Claude Van Damme?” I hadn’t, so we sat and watched this with Bloodsport. From that point on I was a fan and here we are 30 years later.

The fight scenes in Kickboxer are very nicely choreographed and Van Damme is very likeable as Kurt. His character is almost naive, which really makes him more sympathetic rather than an out-and-out tough guy. I especially love how whenever JCVD kicks anyone, for the next 15 seconds he goes “Hyaaaaahhh”.

Tong Po (Michel Qissi) is the villain and he remains one of the all-time great action movie antagonists. Not only does he paralyze Kurt’s brother but he rapes Kurt’s girlfriend as well which means his destruction must be swift. It’s amazing make up too and I remember when I saw him in Lionheart, I couldn’t believe it was the same guy.

There are a few awesome training sequences (the best involving a dog and some steak) and the final fight is truly satisfying; the mystical sounding score and wicked tunes from Stan Bush automatically make it amazing too.

Kickboxer also has THIS scene which will never be topped.

When you mention the movie to anyone, they always talk about the dance scene… which does cause a lot of unintentional mirth but it’s just epic.

There’s a supporting character called Winston Taylor (Haskell V. Anderson III) who steals the show with his one liners and he makes a wicked entrance with a load of guns towards the end.

Xian Chow is the mentor character played with a twinkle in the eye by Dennis Chan who would turn up in the Kickboxer sequels too. He has a few good lines and provides some humorous touches as well.

Overall, after 30 years Kickboxer is the perfect double bill with Bloodsport and remains at the top of JCVD’s finest movies. Happy Birthday Kickboxer!