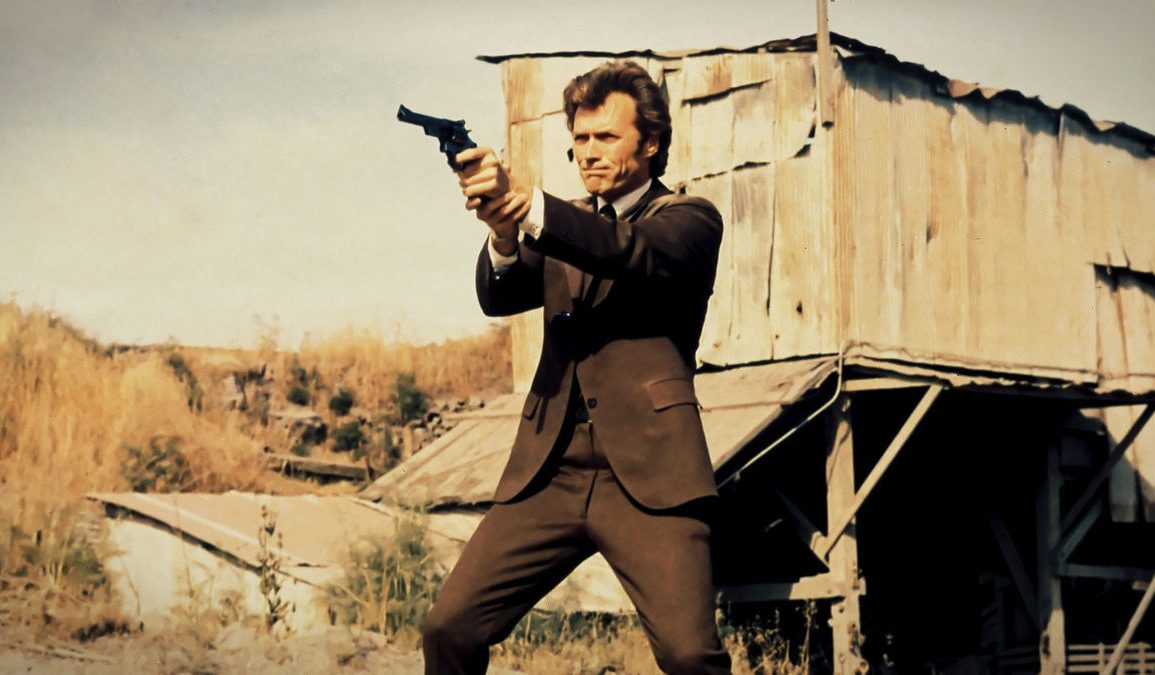 Plot: Cop Harry Callahan (Clint Eastwood) attempts to track down a psychopathic rooftop killer before a kidnapped girl dies. When he is found Harry abuses the murderer’s civil rights putting him back on the streets. Once he is released he hijacks a school bus and Harry must go after him again. The only way to stop this vicious killer is in cold blood.

Technically it was released on December 23rd 1971 but Dirty Harry has just received a theatrical rerelease to celebrate its 50th anniversary. I was lucky enough to see it on the big screen last night and although I had seen the movie many times before this was the first time I got to see it in the cinema.

To this day Dirty Harry remains a classic of the genre and its influence has been felt in the decades since in movies like Lethal Weapon, Cobra, Die Hard and many more. Harry Callahan quickly became an icon with his cool demeanor and memorable one-liners. Clint Eastwood was perfectly cast as Callahan making him tough as nails but still sympathetic and funny at the same time.

You can sometimes forget just how sophisticated the movies were back then with real characters dealing with real problems. Harry Callahan may have played by his own rules but there was always that wish fulfillment aspect of taking out the trash and catching the bad guys. Despite this Harry spends most of his spare time in solitude living a lonely life; he once had a wife who was killed in a car accident and since then he has been married to his job.

While watching Dirty Harry last night I could also hear whatever the movie was playing next door and it was just a barrage of noise and rumbling so it was refreshing to watch a movie which wasn’t a constant assault on the senses. Dirty Harry is still well paced and filled with grit and tension as Callahan tries to take down a dangerous killer known as Scorpio (based on The Zodiac Killer).

The Mayor and several members of the police force want to give Scorpio the money he has asked for as they can’t see an option of stopping him however, Harry believes he is too dangerous and needs to be taken down. He does what he is told but it never works out with one of the most shocking scenes being when Scorpio leads Harry on a (Die Hard with a Vengeance-esque) chase around San Francisco and when they come face to face Harry is badly beaten and left with some broken ribs for his trouble.

Andrew Robinson gives and incredibly unhinged performance as Scorpio and he’s terrifying any moment he in on screen; no matter how many times I’ve watched the movie the finale on the school bus is unbearably intense.

Lalo Schifrin’s score may be a product of the time but it’s still awesome and really helps to create the atmosphere.

In terms of action we get shoot-outs and chases but nothing tops his “Do I Feel Lucky?” speech which is of course the highlight of the entire film. I like how he says it twice but his tone is different each time. At the beginning he is eating a hot dog and even laughing while saying it toying with the now disarmed criminal whereas at the end when he is face to face with Scorpio he says it with pure rage.

After the movie there was a 10–15-minute documentary discussing the influence of Dirty Harry featuring interviews with Eastwood himself as well as Arnold Schwarzenegger, Mel Gibson, Shane Black and more. We had no idea this was going to be at the end of the movie so it was a welcome bonus.

Overall, after 50 years Dirty Harry is still a classic action picture with some hilariously un-PC dialogue, plenty of action, memorable characters and a chilling antagonist. It inspired 4 sequels and many movies that have tried to be like it since but this is still the King. Thankfully nobody has remade it and they’d better not as it just wouldn’t be the same.