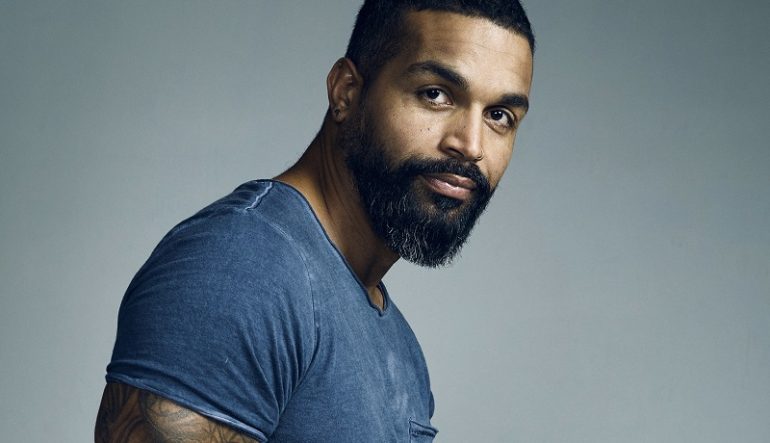 Celestino Cornielle, will have his big screen debut April 14 2017 with the premier of the highly anticipated, The FATE OF THE FURIOUS. He stops by The Action Elite to chat about his role as Raldo the “King of Havana”.

You play Raldo in the upcoming Fate of the Furious; what can you tell us about him and what appealed about the role?

Raldo is a character that has been living in me for years and I’ve been really looking to push this guy out. I almost had the opportunity to do that for Boardwalk Empire and in the last season they started doing business with Cuba. It came down to me and the guy that got it… which has been the story of my life thus far (laughs). When this movie came up I was actually up against Pitbull and it was him who the studio pinned to play this character but F. Gary Gray came out swinging and became my agent through it all and that’s how I ended up getting signed on to the franchise.

So Raldo is a guy’s guy; he loves cars and he’s a street guy but he has a code that he follows. It’s all just business. He’s the kinda guy that you would definitely enjoy having a beer with. He comes from the East side of Cuba (Santiago de Cuba) which is the storyline I gave him. What transpires is people from the country move to the city of Havana for the jobs and opportunities. So that’s what Raldo did; he came out to the city to create opportunities for himself and establish himself as the king of the underground car racing circuit. He kept that title until Vin Diesel comes along with his crew and then we get into a big old cockfight.

In real life you have a love of antique motorcycles; any chance we get to see them in the movie?

Yes! You will but I won’t be riding them unfortunately (laughs).

You initially auditioned for 2 Fast 2 Furious but did get the part which then motivated you with your career; can you tell us about that?

At the time I was living in Miami; I was modelling and doing that lifestyle. I had an agent who was kind of pushy and he would always try to push me out of my comfort zone and that’s how I ended up auditioning for 2 Fast 2 Furious when John Singleton was directing it. I kept saying “No, I’m not an actor” and came up with every excuse in the book but he wasn’t hearing it and he forced me to go and I was terrible. I was just horrible at it; I was sweating, stuttering and I couldn’t remember my lines if my life depended on it. It was just a terrible, terrible experience. I left that place just humiliated and I promised myself that I would never go through that again. Since I had that pushy agent I decided to get some acting classes. While I’m doing that I fall in love with the craft; I was doing this scene in class and right there, that was my moment when I just decided to drop everything I was doing and pursue acting. Sometime after that I booked my first film which was an independent film with Eva Longoria. A few months after that I drove to California and I haven’t looked back since. I embraced an artist’s life and all of the challenges that come with that and I’m grateful and fortunate that after all these years I’m still in the game.

What’s it been like to work on a small indie film to working on a mega blockbuster like Fate of the Furious?

Oh wow; I don’t think I could quite encapsulate it into words. The bulk of my career has been in TV. I did the indie film with Eva Longoria but then my focus was on TV. But even going from working on some fantastic TV shows to working on a movie of this caliber with the studio and all of the money behind it has been amazing. My experience began with me on a private chartered jet on the way to Cuba amidst all of these bigger than life celebrities so I’m sitting there trying to be cool so they don’t kick me out (laughs) but people like Vin Diesel are walking by and I’m like “holy shit! This is really happening!” so it was all very surreal. Not to mention that the food gets better as the budget goes up (laughs).

One of the main themes of the series is family and you get the impression that the cast is genuinely one big family. Would you say that’s true?

That is definitely true; going into any project and particularly one that has been going on for a while. I mean, this is the eight installment so these people have known each other for years. You very much feel like the new kid and it’s very much an awkward feeling which is something we’ve all been through. When you start a new school, a new job or something like that.

I remember going to the airport which was my first experience trying to meet everyone else and going to fill out all the paperwork. F. Gary Gray, the director and my angel walks up and introduces himself to me, gave me a hug and that was the tone for the rest of the time. I spent a month in Cuba filming; after that I came back to the United States and I went to Atlanta to film. After that it was back to LA and I filmed some more there. That was the tone of it; they treated me like family and like I’d been there forever. It’s a really good group of people and Vin Diesel really practices what he preaches and he’s the big guy, the one who sets the pace. Usually if there are any issues it starts at the top and he’s the guy at the top. That whole tone of family is how he lives; he really is like that.

How would you describe F. Gary Gray’s directorial style and what is the atmosphere like on set?

He has this thing that he sees in his mind and then he explains what he sees; this is a world of make-believe but he’s got this picture in is mind of how it looks and the way that he portrays that to you is a way that you understand as an actor. He’s what I’d call an actor’s director where he takes his time and he allows you to discover things and then gently nudges you in a certain direction and it just creates magic. I had the opportunity to look at some of the footage and I’m like “Wow! That’s amazing!” and it’s all thanks to him. As an actor when you walk onto a project you have to trust the director and since you’re flying blind you’ve got to trust that vision. I felt safe and in good hands.

What did you personally take away from working on the film?

Being that I started my career because of this franchise; it was my catalyst to pursue the craft. After all these years and everything I’ve been through it’s all to this franchise, the vehicle that gives me my big screen debut. That’s what’s put me on the map for real. So it’s a big “Yes, you can” kind of moment and when I talk to people and I’m like “Look, I did this 14 years later and got this movie” (laughs). I learned too that if you work hard it can happen to you. If you persevere and have tenacity then you can go and get it.

Did you have to undergo any training for the movie?

Well I had a dialect coach because everything had to be very authentic; it wasn’t too difficult to do considering I’m from the Dominican Republic and the character is Cuban so there are similarities in the way we look and talk. I got blessed with such a big budget and could spend a few weeks in Cuba I got to immerse myself in the culture. I would disappear into town as a regular guy and stay in character with my accent and have conversations with people on the road. I remember speaking to a guy who was in the military and he had just finished his shift.  We had a long conversation and he totally thought I was a local. We had a 30-40 minute conversation and he totally thought I was a local.

One night I walking on my own and I needed to use the bathroom so I jump over the wall and take a piss in the pitch black. Little did I know there are cameras everywhere so Big Brother was watching and I suddenly hear “Hey!” and I look up and it’s the police. I was like “I’m sorry, I didn’t mean to disrespect anybody” and they try to arrest me. I was trying to tell them I wasn’t Cuban but I was so in character and so into the look that they didn’t believe me. So I speak English and the cop calls his superior and is like “there’s this guy Cuban guy who’s been away for a while and is now acting like he isn’t Cuban” so that’s how I found out my accent was authentic (laughs) as the police didn’t believe that I wasn’t Cuban.

What do you think the enduring appeal of the Fast and Furious series is with audiences?

The storyline. Family. There are a lot of movies about cars or motorcycles which are usually filled with a lot of action but no actual substance behind it. This one you actually fall in love with the characters and the storyline. So with the 8th installment everything is bigger and better but normally with franchise movies the quality goes lower with each entry but this is different where the quality goes up.

What do you want audiences to take way from the theatre?

Family is forever. On and off the screen that’s the truth. The whole theme of the movies is family and in this one relationships are put to the test. There are a lot of twists and turns not just with the cars but with the relationships between the characters. In the end, family always prevails.

The Fate of the Furious is out this week.