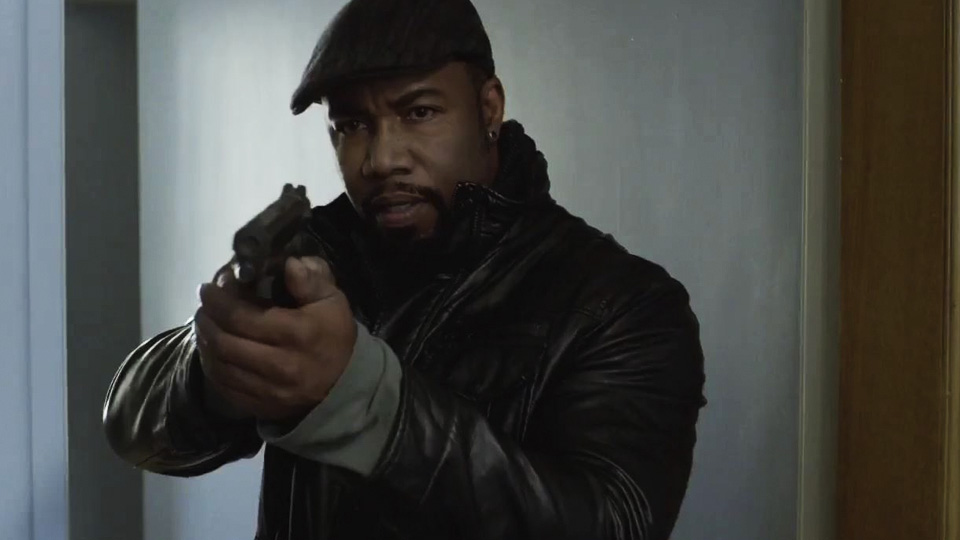 Chain of Command is hard to recommend even for die hard fans of Michael Jai White and Steve Austin.

Plot: After finding his brother murdered after returning from duty, Webster searches for the perpetrators, but discovers a conspiracy that cuts deep inside the U.S. government.

Review: When Chain of Command came out in 2015 I was looking forward to seeing Michael Jai White and Steve Austin battle it out on screen together or at least team up and kick some ass. Then I read a lot of reviews that said the movie was pretty terrible so I left it and kind of forgot it existed. Now that it is on Netflix I figured I’d sit down and finally give it a shot.

Sadly, it is indeed quite bad and despite the movie having a budget of $5 million, it looks like it was filmed on a cellphone. MJW and Austin do the best with what they’re given but the majority of action scenes are let down by piss poor CG blood or muzzle flare which is as always unacceptable. There is no excitement or thrills to any of the action scenes and despite MJW having a few fights nothing was really memorable.

The fact that we don’t even get a fight between the two leads was frankly a travesty and wasted opportunity. Austin’s role was particularly thankless where he tries to look intimidating while not really doing anything. I guess he was just in it for the payday as his character could have been played by pretty much anyone.

Max Ryan has a fight with MJW at the end which made me think “Why?” I just want to see him fight Steve Austin so God knows why that was the case.

The story was a straightforward revenge tale and there were a few interesting ideas but it wasn’t anything we haven’t really seen before in better movies. The dialogue was also pretty lame with everyone trying to sound tough but failing miserably. Some of the supporting cast were rotten too where it felt like they were literally reading the lines seconds before the cameras started rolling.

The music was cheap sounding and forgettable with no real tune that stood out… aside from that it was a great movie!

Overall, Chain of Command is hard to recommend even for die hard fans of Michael Jai White and Steve Austin (which I am) but the fact that we never get a fight scene between them makes the movie a wasted opportunity.