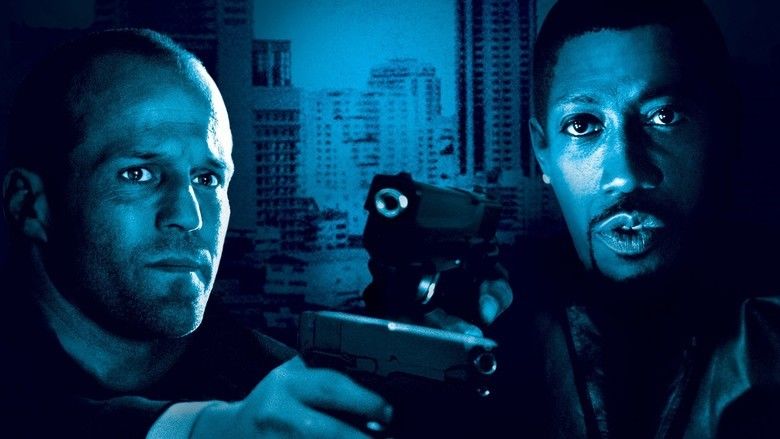 Chaos is a bit of an underrated movie that deserves more love from people and will always have a special place in my heart as my inspiration.

Plot: A veteran detective is teamed with a rookie cop when they are sent to negotiate with a bunch of criminals holding a bank hostage. It transpires that a master thief has planted a computer virus that will drain funds from the bank’s accounts. The detective faces a race against time to catch the thief and stop the randomly evolving computer virus, which models its behavior on the bewildering principles of chaos theory.

Review: It’s funny how with a cast like this, Chaos was a straight-to-DVD movie; if this was the 80’s or 90’s it would have been a huge hit.

Jason Statham stars as Quentin Conners; a disgraced cop forced to come out of suspension during a bank heist, perpetrated by Lorenz (Wesley Snipes) and his crew. Ryan Philippe plays the rookie cop Shane Dekker who has to team up with The Stath to bring the bank robbers to justice.

Anyway, one of my favourite aspects of the film was the score by Trevor Jones; it has this really cool dance tune (below) along with orchestral cues and the main theme will stick in your head for hours. It wasn’t a standard action score and tried something different, which worked nicely. I always wanted to buy a full score but alas, it doesn’t look like it was ever released. The story has some great twists and turns which I didn’t see coming. I still say Statham doesn’t get enough respect as an actor and this was a really good role for him. Chaos wasn’t an out and out action film, but was more of an action thriller; so don’t be expecting martial arts craziness.

Wesley Snipes is arguably better at playing bad guys than he is heroes and this is one of his better roles. Hope he makes a comeback soon; Expendables 3?

Overall, Chaos is a bit of an underrated movie that deserves more love from people and will always have a special place in my heart as my inspiration.