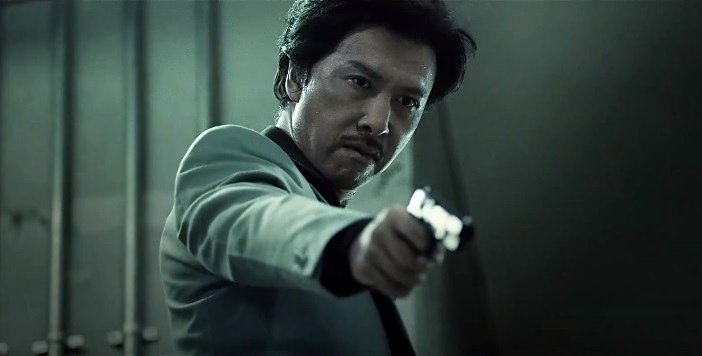 Chasing the Dragon was everything I wanted it to be with Donnie Yen and Andy Lau at their very best, bone crunching violence and a story that engages for the entire runtime.

Plot: An illegal immigrant from Mainland China sneaks into corrupt British-colonized Hong Kong in 1963, transforming himself into a ruthless and emerging drug lord.

Review: It’s been a pretty dull period for action movies recently but thankfully Donnie Yen has returned to save the day in the awesome gangster epic Chasing the Dragon, co-starring Andy Lau.

Acting-wise this is Donnie Yen’s finest hour as he plays Crippled Ho, a newcomer to Hong Kong who quickly makes a name for himself as a fighter and soon-to-be drug kingpin.

Ho is one of Yen’s most layered characters to date with more depth than you’d expect in a film of this nature. Despite the crimes Ho commits you still root for him due to his loyalty to his friends and family but also simply because it’s Donnie Yen and it’s practically impossible to hate him on-screen.

The story wastes no time in getting going, establishing the friendship with Ho and Lee Rock (Lau) as they build their empire and despite their ambitions and ruthless methods you always want them to succeed. Although they are portrayed more as anti-heroes rather than evil criminals you still know it won’t end well for them as they cross paths with a whole manner of equally ambitious gangsters.

The biggest problem (at least for me) was the portrayal of the British characters who are all quite one-note with little depth to them and are basically just there to be hated thugs.  There are a few dodgy acting moments too but nothing as jarring as say Ip Man 2. Aside from that though this is very much a showcase for Donnie Yen’s acting skills rather than his ass-kicking prowess which we already know is first rate. Ho is easily his most interesting character since Ip Man and he was magnetic any time he was on screen.

Andy Lau is also at the top of his game as the corrupt cop Lee Rock who wants the money and the power but realizes he can’t get it by himself.

If you’re looking for martial arts galore then you’ll find Chasing the Dragon disappointing but we know going in that it’s not that kind of film; there is still plenty of action with some brutal beatdowns and R rated violence.

It’s also incredibly stylish with some fantastic costume design and superb use of music to create the sleazy gangster atmosphere of the time.

At just over 2 hours long the plot moves along fluidly and it never goes more than a few scenes before some act of violence is committed, guaranteeing you won’t take your eyes off the screen.

Philip Ng has a small role as a henchman and has a brief fight with Donnie Yen which is satisfyingly brutal; it’s not overly flashy martial arts but feels more realistic and is one of the best scenes of the movie as Ho has to prove he has what it takes to join the ranks of a local gangster.

Overall, Chasing the Dragon was everything I wanted it to be with Donnie Yen and Andy Lau at their very best, bone crunching violence and a story that engages for the entire runtime. One of the best movies of the year.