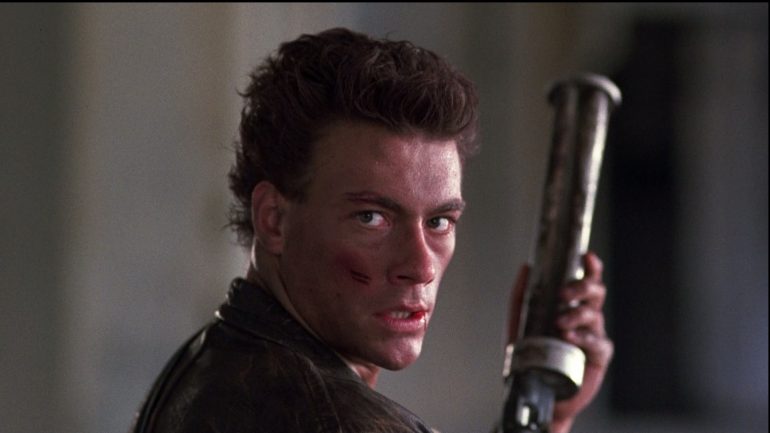 Check Out the Rejected Score to Cyborg

If you’re a fan of JCVD then you’ll already long since know this music; I’ve had it as part of a Van Damme CD collection for many years and forgot how much I love the end credits theme from the rejected score. It has epic electric guitars and a sense of heroism which would have drastically changed the tone of the final film. Although I prefer this music I think what they used was the correct choice.

YouTube user Jack Craven has posted the full rejected score so you can also read his thoughts on it below:

Rejected rock/synth score from Tony Riparetti and Jim Saad for Jean Claude Van Damme 1989 film Cyborg. Following the completely bad test screening of director Albert Pyun’s original cut of the film, another director Sheldon Lettich was brought in to along with Van Damme save the movie with lot of re-editing and re-shoots. Unfortunately, during re-editing this pretty good and more fitting score was thrown out and replaced with rather inferior and forgettable score by Kevin Bassinson. Workprint of the movie, which unfortunately is also much inferior version of the film, includes this score but it’s badly mixed and unfinished. I know that fans of the film will might disagree with me and say that Bassinson’s score is better, but i recommend listening Main Theme, Factory Fight, Fender and Gibbs Fight, Running Through The Marsh, Atlanta and End Title tracks and you’ll see how much better they sound than anything of the, my opinion, bland score that they used in final version of the film. They sure would make some of the sequences in the film even more effective and badass.