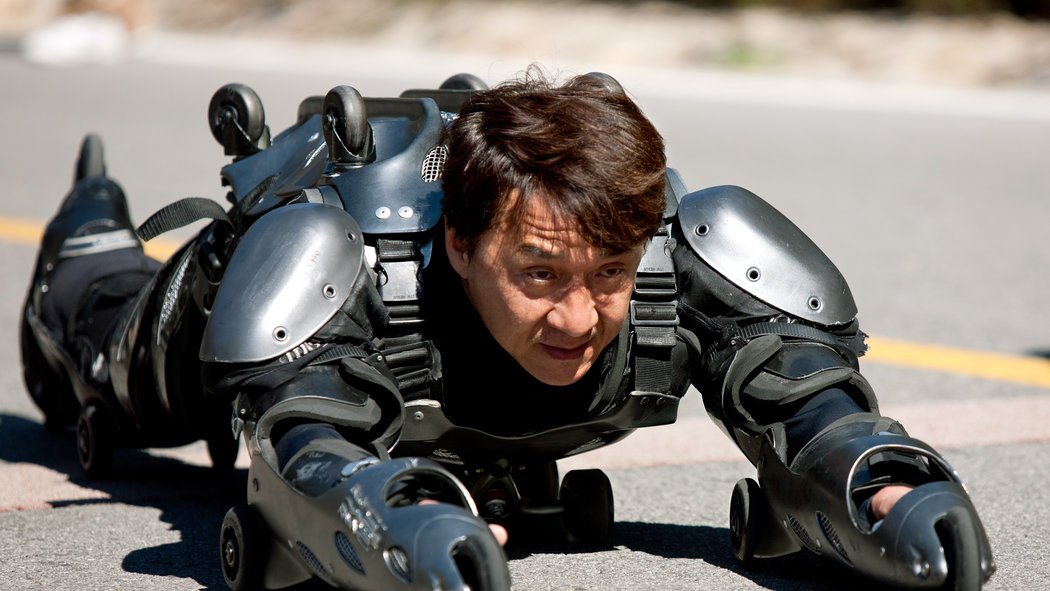 Chinese Zodiac is flawed and quite dull in parts with no really memorable characters and a plodding narrative. Thankfully there are some fun action beats and Jackie Chan is always worth watching.

Plot: A globe-trotting adventurer uses high-tech gadgets to seek out priceless relics in this action-packed thrill ride starring the one and only Jackie Chan. Centuries ago, a collection of zodiac busts were the pride of China. Flash forward to today, and the bronze heads of those busts are missing. When powerful entrepreneur Lawrence (Oliver PLatt) offers a sizable reward for their recovery, the intrepid Asian Fox (Chan) races to find them, and ensure that China’s history is preserved. Meanwhile, Asian Fox will rely on a stunning array of cutting-edge devises to survive his treacherous mission, and ensure the relics don’t fall into the wrong hands.

Review: Chinese Zodiac isn’t one of Jackie Chan’s more popular movies and I have to admit it’s certainly not the greatest. The plot is rather uninteresting and the pacing is uneven with characters we couldn’t care less about.

Thankfully Chan manages come up with some innovative action scenes, especially the opening sequence which is unlike anything I’ve seen before. There is also a great kung fu fight on some couches towards the end which keeps things interesting and JC is never less than likeable any time he is on screen.

The acting/dubbing is pretty poor and Oliver Platt’s “villain” is underdeveloped so there is never any real sense of threat.

It definitely feels like it’s aimed more at a younger audience with juvenile humour, especially the sequence involving the pirates. As laudable as the idea behind the story is, it does feel heavy handed and preachy at times when really all we want to see is Chan beating people up.

It feels like an inferior knock off of several other movies and you won’t remember much about it after the end credits, which as usual are one of the most entertaining aspects of any JC movie. Poor Jackie does suffer for his art and he got some nasty looking injuries as he continues to do his own stunts.

Overall, Chinese Zodiac is flawed and quite dull in parts with no really memorable characters and a plodding narrative. Thankfully there are some fun action beats and Jackie Chan is always worth watching.