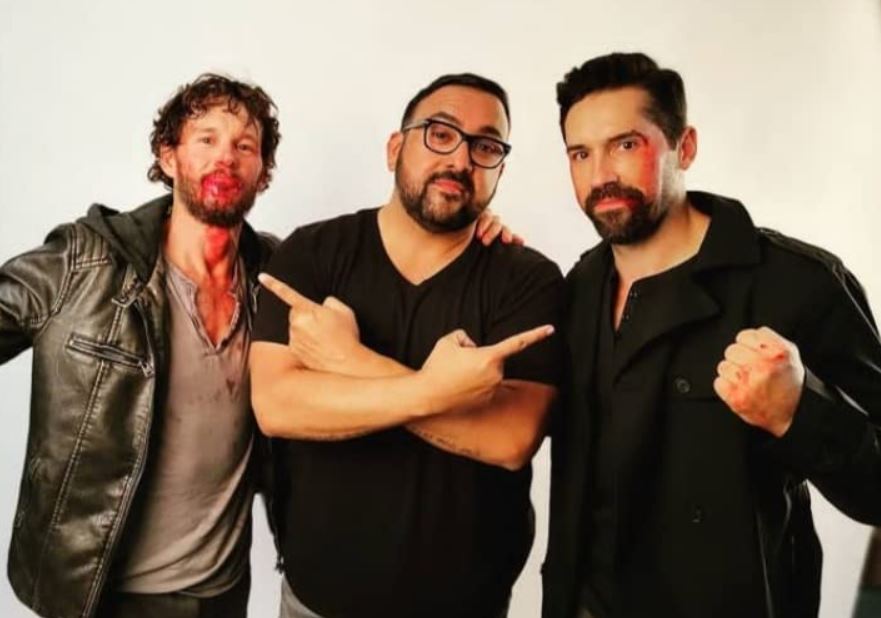 In SECTION 8, after avenging the murder of his wife and child, a former soldier is sent to prison with a life sentence. He’s given a shot at freedom when a shadow government agency recruits him for an off-the-books assignment, and he soon realizes Section 8 isn’t what it seems.

We had a quick chat about the film below.

What attracted you to Section 8 that made you want to direct?

I think what attracted me to this was the everyday man’s journey through this crazy action movie, I guess. I felt like it wasn’t a Jason Bourne or Ethan Hunt style, kind of movie. It definitely felt much more like Die Hard, where you have just a regular vet trying to feed his family; so he’s a family man, just living life after serving that gets thrown into this crazy political, clandestine operation that he has to maneuver. I thought that was cool as I felt it was much more grounded and I think that was something that I could really explore.

Is that why Ryan Kwanten was the perfect choice for Jake? He has the everyman quality rather than looking like an invincible superhero…

Yeah. I think so for sure. 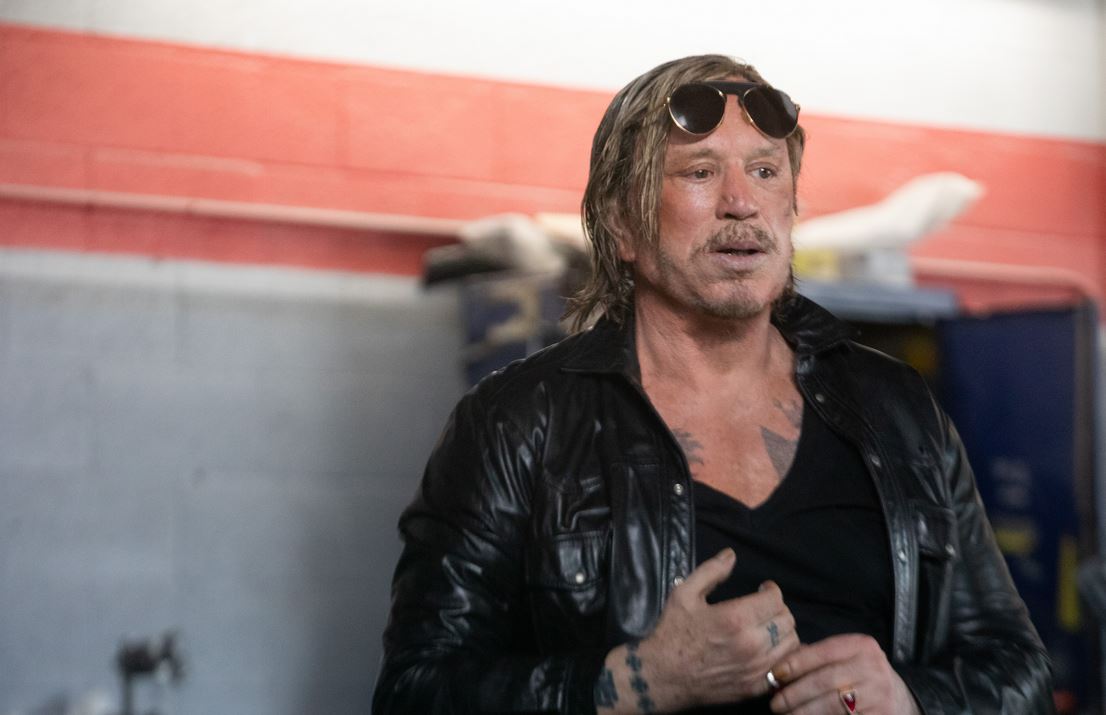 You’ve got a great cast including Mickey Rourke; how did you find working with him?

Mickey was good. It was our second time around so I think that there was some familiarity already between us and I think that really helped because I felt like he really brought some more to this character, brought some more the performance side that was much more emotional. He really kind of gave a lot so I feel that was a little bit more special than the last go around with Mickey. It was really great and then the rest of the cast, obviously this was the first time I started working with Scott, and that was really fun. Scott is this amazing bad guy who’s just always on; his presence is really felt and it’s this impending danger all the time… as if Ryan wasn’t already in a lot of danger. If Scott Adkins, the assassin, is after you. It’s not going to go well.

He practically steals the movie.

What do you look for in a script to be interested in directing?

I think that the inner movie nerd in me has to get excited and go, “Oh, I can make it like this or I can make it like that”. I’m an eighties kid and we grew up with Predator, Die Hard, Aliens, Star Wars, Indiana Jones, like all these movies that I grew up with. So I think there’s just so much a movie vault of knowledge that I that I can go, “Oh, I can put my own little stamp on this genre a little bit, even at the indie level”. So with this I felt I can make this like Mission Impossible meets Jason Bourne meets Die Hard, something like that. Just tonally.

I noticed some cool drone camera work; has that given you more options when filming?

Oh, yeah. I think it’s a lot of fun to accent things and get some really dynamic shots, for sure. I think drones have basically replaced helicopter shots. If you’re doing stuff like that, unless they’re flying over the Alps like the Himalayas (laughs). I mean, if you’re doing crazy geography, Grand Canyon stuff. But I think for aerials in films like this, there’s a lot of drone work for sure.

Has your approach to filming action scenes changed over the years?

You know, technically not really. I think the approach hasn’t changed, but I think the technicalities have a little bit like with a bit more time and money you definitely have more time for pre-viz, for stunts, some pre-planning. Obviously, you’re working with more toys on practical effects and making it a little bit bigger and grandiose but I think with that, if we’re talking about just from the approach then no. I think it’s always good to approach stylistically and dynamic shots and kind of ground them within the movie. 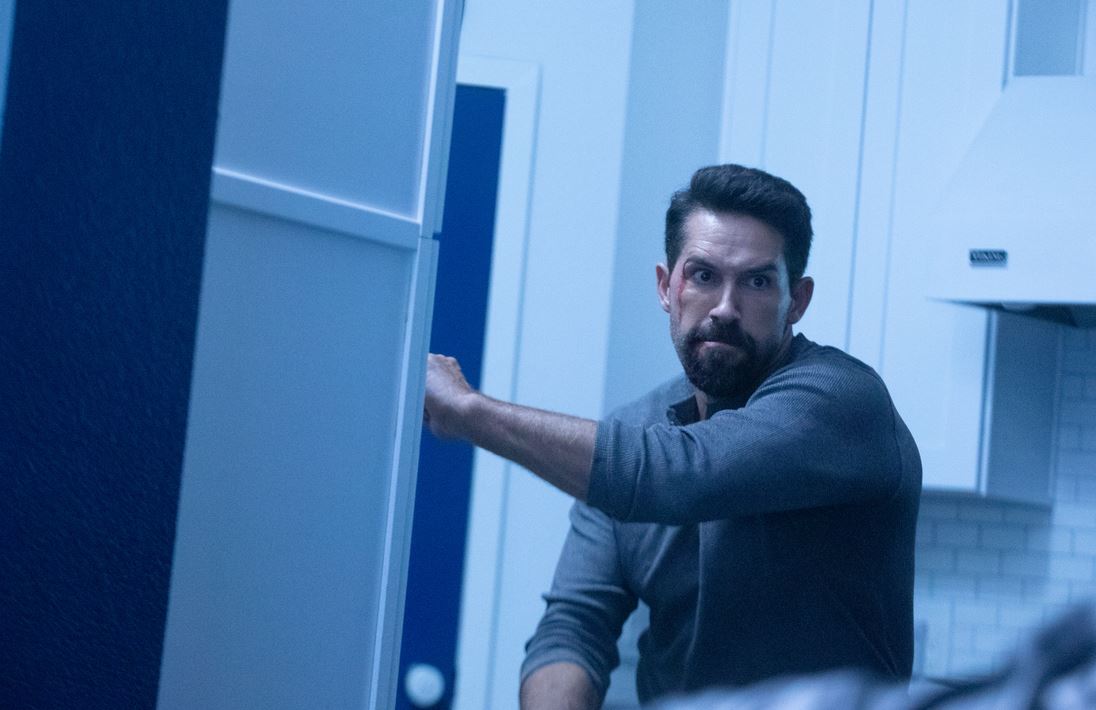 Was Scott involved closely with putting the fight scenes together? That last one was great.

Yeah. I mean, Scott’s always very involved in making sure that the hand-to-hand fights look and feel dynamic, cool and real and up to brand. Scott is a brand in and of himself, so we want to make sure that we’re keeping up.

As a filmmaker who are your major influences?

Tough one, tough one (laughs). I think early on, because I’m self-taught and I don’t know if it’s because I’m also Latino – Robert Rodriguez was basically why I even decided to even become a filmmaker in the first place. I think that had a lot to do with it at the beginning. I think now I’ve evolved in this genre, it’s different but I think from the very, very beginning, I think Robert Rodriguez is very, very influential.

Do you ever revisit your past movies and think “I would do this differently now”?

Oh, yeah. All the time. Yeah, absolutely but I always know that with your past movies, you do your absolute best with the limitations and challenges that you have. You’ve got to just go, okay, what can you do? And then you move forward and just try to know that you won’t do this on the next one or you you’ll do this on the next one. That’s the beauty of film, is that it is an art form and we are kind of constantly changing and adapting and evolving as we move forward. 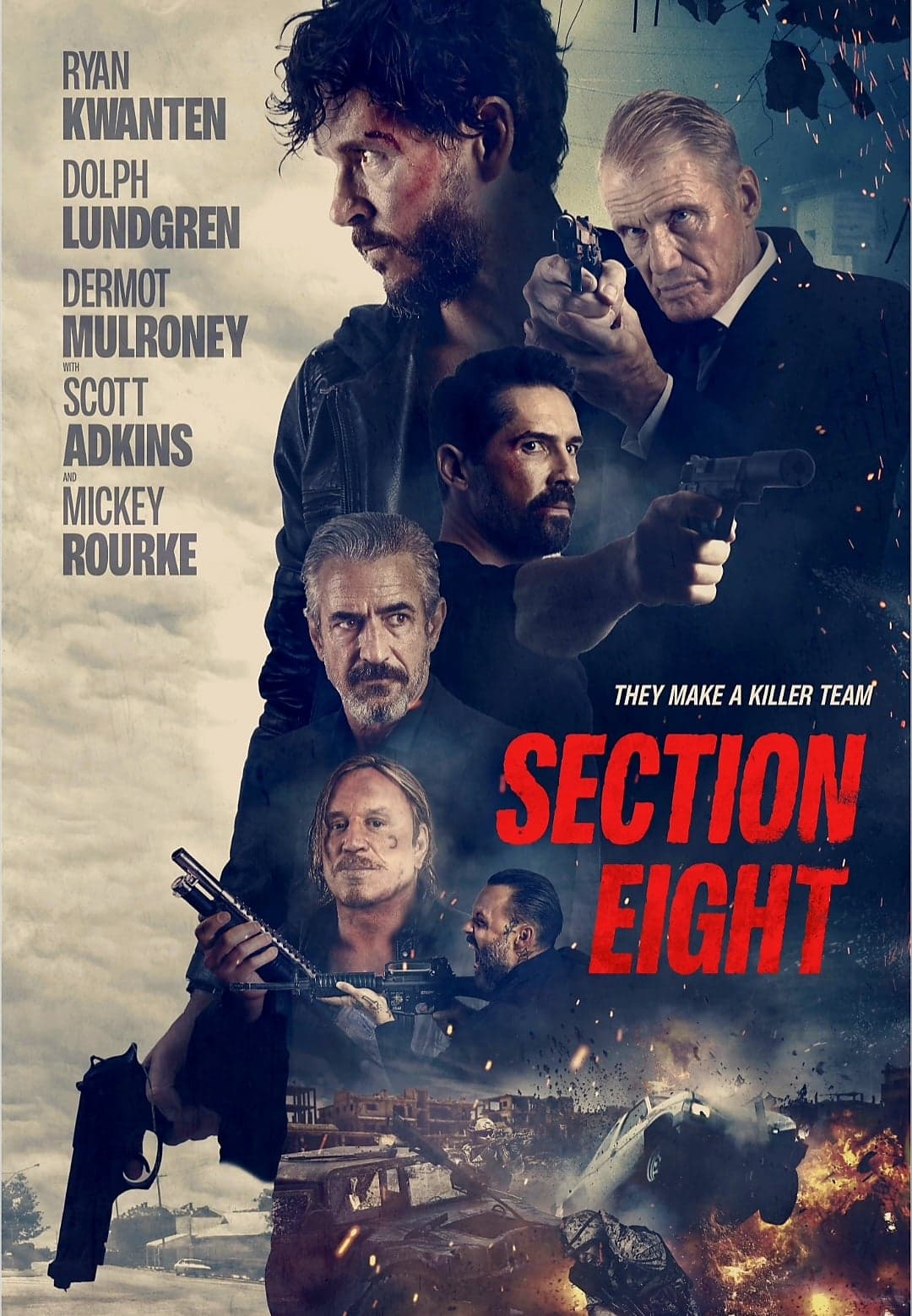 You’ve got some exciting sounding projects in the pipeline like Lights Out and War Paint; what stage are they at?

Yes. Lights out. We’re still in post-production. We should be done with that by the end of the year and then War Paint I’m literally here in Birmingham, Alabama, with Scott as we speak, and we’re hoping to start shooting soon.

Finally what would you like audiences to take from Section 8?

I think I would love for them to take it if they can see that this is definitely the everyday man’s Mission: Impossible meets Jason Bourne movie done as an indie.

Thanks for taking the time to talk and all the best with the upcoming projects.

AMC+ and RLJE Films will release SECTION 8 in Theaters and Streaming on AMC+ Sept. 23