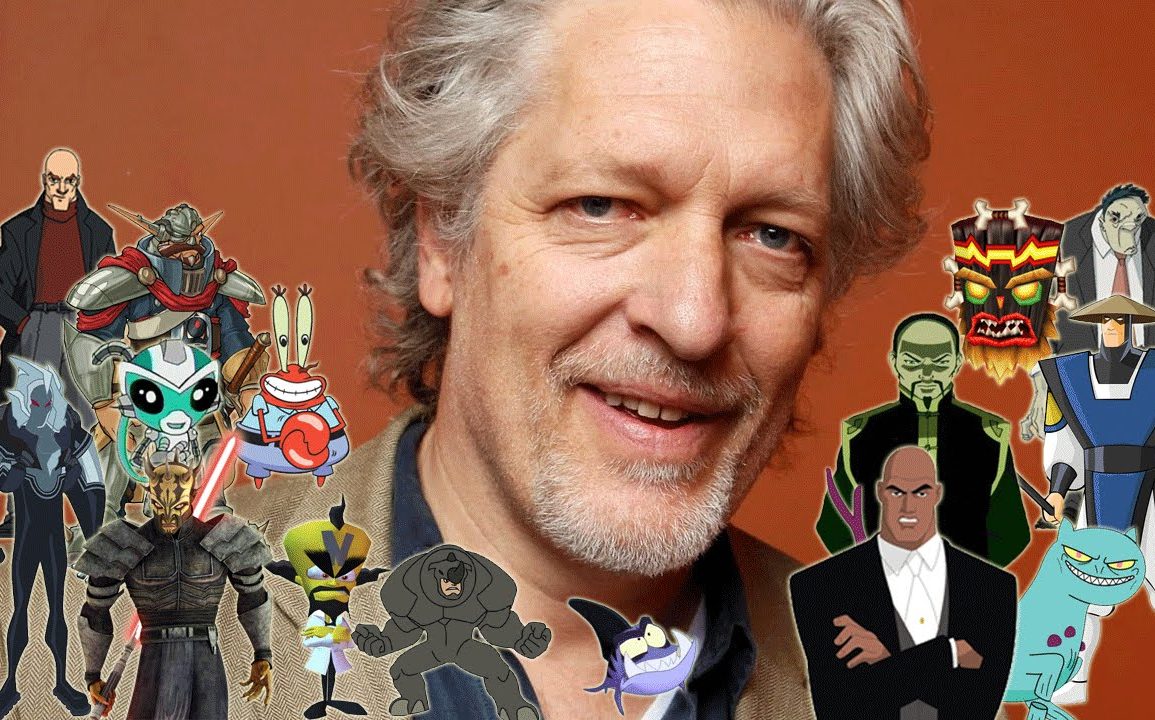 Clancy Brown needs no introduction; with roles in Highlander, Extreme Prejudice, Thor: Ragnarok, Shawshank Redemption, Warcraft and many more he has become a bit of a legend. His new film Supercon is a comedy, which co-stars John Malkovich, Russell Peters, Maggie Grace and Ryan Kwanten. It tells the story of a rag-tag group of former TV stars and comic book artists, who make their living working at conventions, decide to steal the loot from a crooked promoter and an overbearing former TV icon.

Clancy stopped by to chat with me about Supercon.

What appealed about Supercon and how did you get involved?

Well, I was in Edinburgh at the film festival there; I was on a jury and spending a lot of time in dark rooms watching excellent but depressing films in Icelandic and all sorts of languages, I didn’t understand (laughs). My manager sent me this script; I read it and I laughed out loud and it was kind of what the doctor ordered. It lifted my spirits; I talked to the director Zak on the phone and he said “come on down to New Orleans and we’ll have some laughs” so I did and it probably saved my life, Eoin (laughs). It was a slapstick, screwball comedy after watching all sorts of people killing their familiars (or themselves) in very beautiful and exotic locations so it was exactly what I needed. It’s a great film festival though, Edinburgh and I enjoyed my time there.

I’m from Scotland myself…

Glasgow however, I’ve been to the Edinburgh Festival several times.

Does Glasgow have a film festival?

There’s a small one but it’s nothing like the scale of Edinburgh.

Absolutely! I’m in Toronto now so we have TIFF which is also pretty awesome.

That’s a great festival too!

Yeah; you’ve done a few cons before haven’t you?

Yeah, I usually go if something needs to be promoted; never gone as a free agent. I usually go in conjunction with SpongeBob or whatever movie’s out that I’m working on. So I haven’t actually gone and experienced it at the level that these guys in the movie experienced. You’ve seen the movie, right?

It is fun, right? It’s just a romp that is set in the world of these local cons. It’s told with love and tolerance and then there’s this guy Adam King who thinks he’s a bigger deal than what he is. Maybe he was a big deal once but he’s not a big deal anymore, but he still acts like it and acts like an asshole. What he should do is run for President; that’s what he should do (laughs). He’d probably win…

I haven’t actually; I mean he’s not a real guy. It’s just an amalgamation of a lot of bad stories people have had at Cons with different people who maybe had a bad day and maybe don’t know the protocol. I’ve never really met an asshole at the Cons to be honest with you. Especially from the talent who enjoy it and need it as much as the fans. I can appreciate that bad stuff happens sometimes and we need to laugh about it. Then we all get to kick Adam King in the balls and the world is okay again.

When you’re at these Cons is there one role or movie you get asked about a lot like Highlander, Starship Troopers, etc?

Well, if I’m at a SpongeBob panel they talk about SpongeBob, if I’m at a Warcraft panel they talk about Warcraft. I’m usually promoting something, so I’m usually just there to talk about whoever’s paying my bar bill there (laughs). It’s sort of across the board; I get asked about a lot of things. Highlander is always mentioned, Carnivale, every now and again Starship Troopers, SpongeBob, Superman and Shawshank Redemption. It’s sort of all around and all over the place.

You’ve played a few villains in your time; although Adam King is more of an asshole rather than a villain.

I thought so. What do you think the key ingredients are to playing a truly good villain?

It’s all about the script; you have to have a script that actually writes a bad guy and makes it a worthy foil to your hero. Like Alan Rickman in Die Hard; he was a great foil. We knew Bruce Willis was gonna win but we thought that Rickman could maybe win. You’ve got to write a good bad guy and if you haven’t written him well then you’ve got to leave the actor to make him good. Sometimes that happens and sometimes it doesn’t. 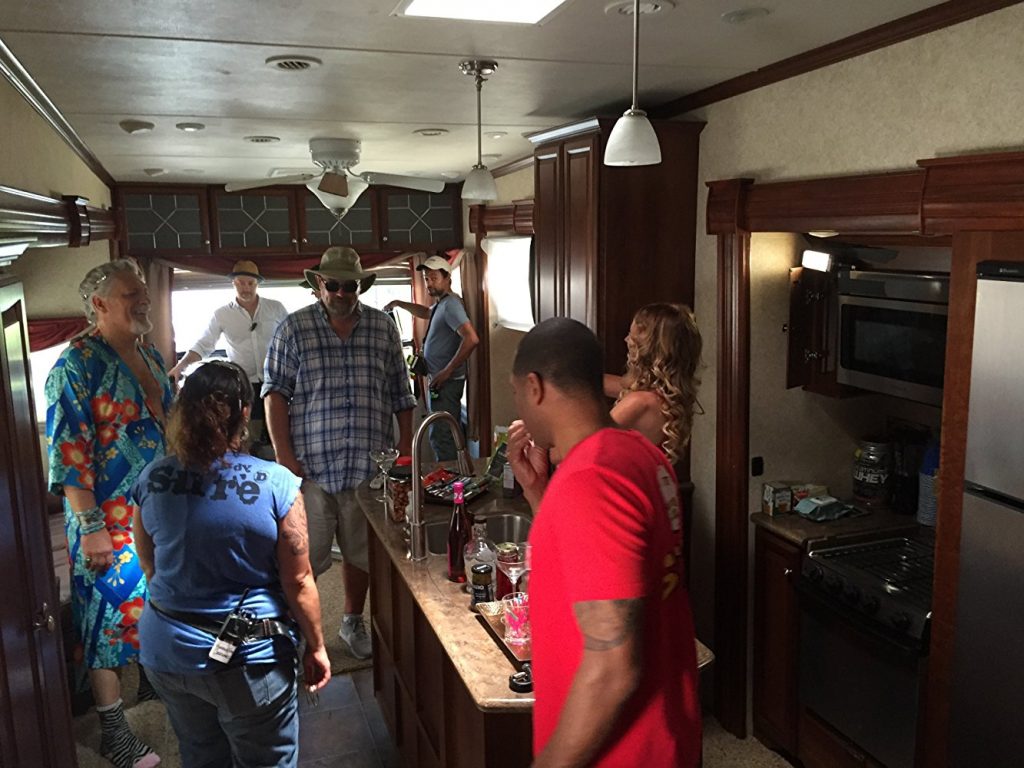 How was director Zak Knutson to work with?

Zak was great, we had a good time and he was very much a happy camp counsellor and he was always into what makes a joke better. When you’ve not got a lot of budget you’ve gotta get done what you’ve gotta get done. Sometimes that can lead to short tempers and raised voices but that never happened with Zak. He was always having the most fun which is contagious; when you work with someone who is having fun you can’t help but have fun yourself. We had a lot of laughs and I really liked Zak and thought he put together a good little movie especially considering he made it for pocket change. I definitely want to work with him again and I want him to have a budget and time so he can deliver something bigger and better I’m sure.

How long was the shoot?

Oh you would ask me that (laughs); it wasn’t 4 weeks but maybe about 20 days or less. I remember Mike Epps had a couple of dates because he’s a standup comic and Russell Peters had a couple of shows that he had to do so they had to go away and do some stuff at some point. So we actually had some time off in the middle waiting for them to get back. It was quick though; maybe not even two weeks. I’m not sure.

It looks like it was a fun atmosphere on set, any good stories?

Yeah, but nothing I would share (laughs). I think everyone had a good time in their own way; John Malkovich and I were kind of the old men of the cast and we just sat there and watched the young kids doing their thing and we just reminisced about back in the day when this and that would happen. We talked about the good old days like when Michael Jordan was the best basketball player on the court and talked about our kids. We were just a couple of old guys sitting on the porch. I’m not sure what kind of trouble Ryan, Maggie, Russell and Brooks got into but I’m sure they got into some trouble. It is New Orleans after all; there’s lots of places to get into trouble there. 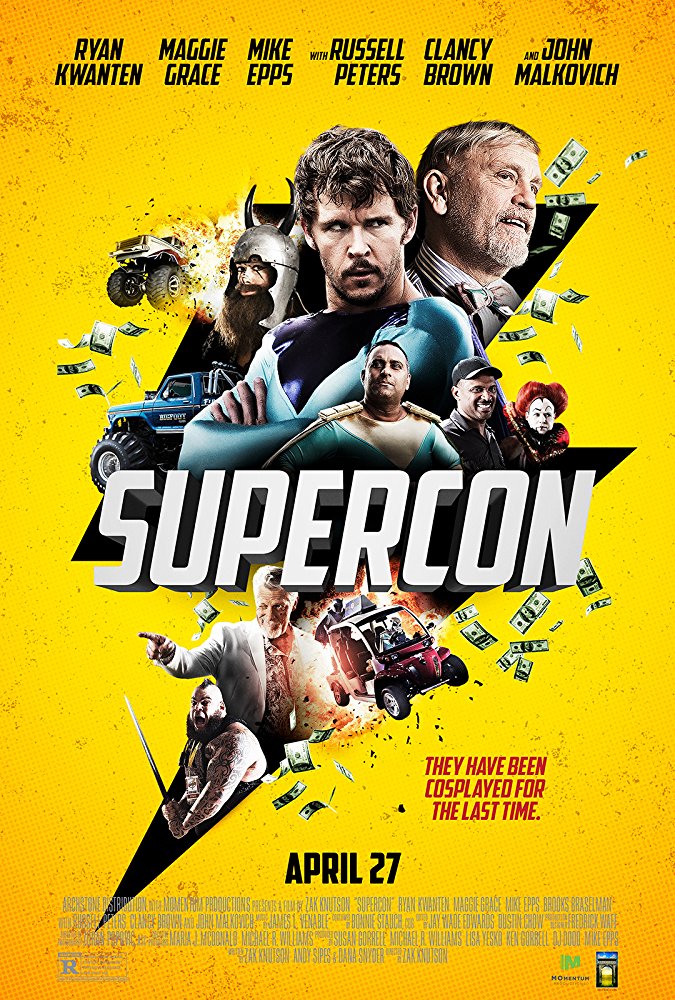 In general, when you get a script is there something that has to jump off the page for you to be interested?

Yeah, a good script jumps off the page; good writing is good writing. You can’t deny it and it’s not as common as I would like. There’s two kinds of things; there’s a script that’s written really well or one that isn’t written well but has a really creative team behind it so you know you’ll get to build it and play with it as it goes along. A good script that you play with is not a good combination; if you have a good script, you should shoot it. If you don’t have a good script then you can make it better but you shouldn’t mess with a good script. Shawshank was a very good script and you didn’t want to mess with that too much. This was a very good script and I think we shot everything that was in the script but we still played a little bit cos Zak said we could. We had all the jokes he wanted plus we had comics who would do their thing. Highlander was a good script but it needed a little extra from some of the characters so we added some stuff and it all seemed to work… at least back in the 80’s (laughs). Every one of them is different.

Highlander still holds up today and I was always quite terrified of The Kurgan as a child.

Yeah it’s pretty old… I must be an old actor now too but it was fun.

You’ve worked on TV, film, indie and big budget projects; do you have a preference?

I like doing all of them; I like doing animation too but my preference right now is to be close to home if I can be because I’ve got a High School kid and I want to get him off to college. There were a couple of shows that I had to turn down that were in Romania or Bulgaria; I just couldn’t be that far away. I wish I could have been able to do them, but I couldn’t because I wanted to be home with my kids. That makes a difference but I really do like all of the mediums and platforms. Everything is a different challenge and that’s what keeps you having fun.

What do you want audiences to take away from Supercon?

That maybe the best-laid plans don’t always work out, but if you keep an open mind and think quick on your feet then good things can still happen (laughs). Zak told me that they had one rule while they were writing it and that was anything that our little Ocean’s 11 group thought up was never going to work. As they execute the plan, they are always foiled and when they think on their feet they manage to get by. That’s probably the take away from the movie. Also it’s important to note that eventually assholes get their due and get kicked in the balls (laughs).

Supercon will be in Theaters and available on VOD and Digital HD April 27th & Available on DVD June 5th.