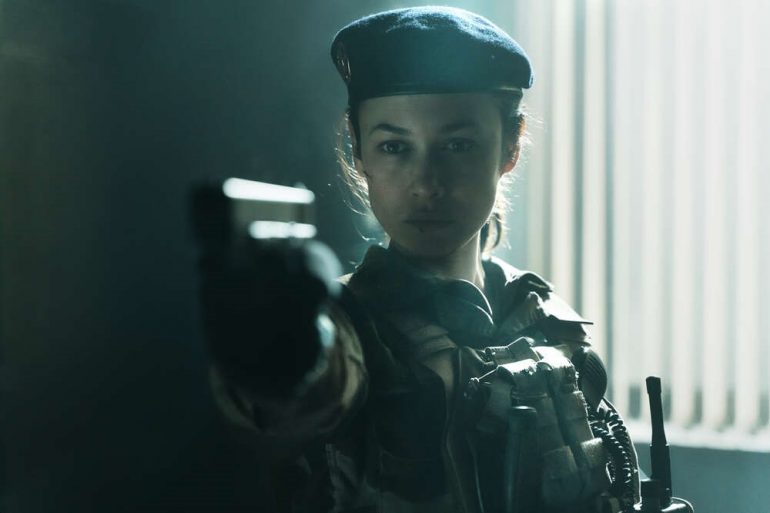 Got a recently christened man cave that you are just dying to try out this weekend? Maybe you are kicking off a long holiday weekend or the start of a much-needed vacation with a weekend soiree.

Whatever the situation is, there is nothing that will put you in the mood like a few hours of hard-hitting jabs, bone-crushing hooks, and snarky quips. The only problem will be choosing the right flicks. You’ll certainly have your pick of the liter these days thanks to the ubiquitous streaming services. Luckily, we are here to help out!

The apocalypse genre is no doubt played out these days, but there was a time when it wasn’t. There was a time when there was just one godfather of a movie that brought everything fans of the genre could ever hope for. It was directed by one of the biggest Hollywood heavyweights, so there’s that. As if you haven’t seen the movie, it eerily depicts the psychological effects of war. This is something that might hit home with a lot of people today.

Either way, the movie does an excellent job of drawing on the harsh realities of war. Although it was made in 1979 and features a whole lineup of a-list actors, it touches on a lot of realities that the modern soldier faces today. There is no denying that war during the Vietnam era was a different thing and time altogether, but the harsh and brutal realities are right there.

If you are one of those guys that like to throw in a little sci-fi and fantasy with his action, you simply cannot go wrong with the Matrix. And with this classic, you don’t just get a single movie; you can opt for the entire trilogy. From kicking Kung-Fu to fast-firing machine guns, and snappy one-liners, this Wachowski Siblings movie brings everything any action lover could hope for.

Gladiator became an instant action classic the very second it revealed its lineup. From Joaquin Phoenix to Russell Crow, this movie combines great action sprinkled over one of the most brutal regimes and times in recent history. A lot of brutalities and truths occurred during the time of the Romans that people simply weren’t aware of, and Gladiator does more than an excellent job of bringing them all to light in big Hollywood fashion. What could possibly say guy’s action weekend like a sword fight to the death?

You simply can’t have an action guy weekend without at least throwing in one Arnold movie, right? And that movie would have to be none other than Terminator 2. Don’t even bother with the original, although it is not half bad. It’s just that the second is so much better and the story is so in-depth, you’ll get everything you need from the sequel. James Cameron was the big headliner behind this slick flick and he delivers.

From snappy one-liners to the awesome semi-trailer scene in downtown LA, this movie was truly a genre-defining movie for its time in the early nineties. A lot of this can be attributed to the awesome CGI and they still hold fast today. T2 did for the action industry what the สล็อตเว็บใหญ่ที่สุด did for the online gambling age.

Any Of The Die Hard Flicks

Die Hard 2 alone offers something entirely unique that many others just can’t compete with. It has easily been dubbed by many as the best action Christmas movie ever. This certainly is hard to argue with, but any three of the trio deserve to be right at the top. The series will bring back a bit of nostalgia as you fans get to see Bruce back when he still had a smidgen of hair.

There are plenty of quick quips, guns, explosions, and even just a dab of romance that ties everything up so nicely. That said, what adds to the entire series is the genius-level competition. Bruce really does have his work cut out for him as he goes up against some of the most ruthless, toughest, and wisest villains to ever grace the big screen.

All in all, it would be hard to choose just one or two action movies to close out an amazing weekend of guy time. Any of these are worthy, but it’s hard to just narrow down the decision. Therefore, do the best thing possible and make sure you schedule enough time for at least three or four