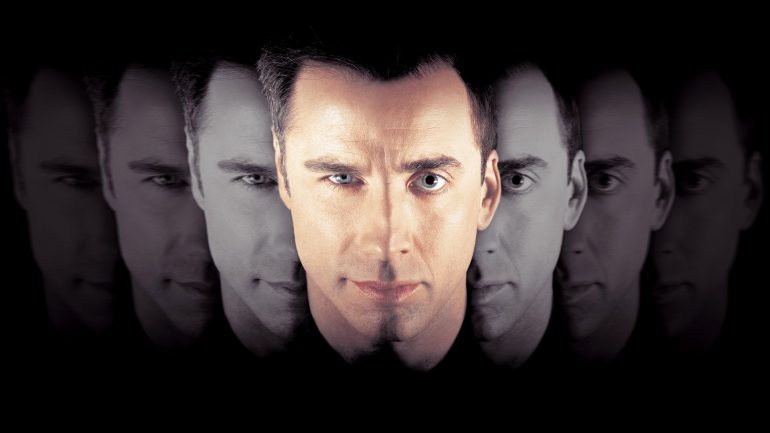 SYNOPSIS: Obsessed with bringing terrorist Castor Troy (Nicolas Cage) to justice, FBI agent Sean Archer (John Travolta) tracks down Troy, who has boarded a plane in Los Angeles. After the plane crashes and Troy is severely injured, possibly dead, Archer undergoes surgery to remove his face and replace it with Troy’s. As Archer tries to use his disguise to elicit information about a bomb from Troy’s brother, Troy awakes from a coma and forces the doctor who performed the surgery to give him Archer’s face.

This trailer reminds me how much I miss John Woo in Hollywood today; Face/Off is one of the most ridiculous movies you’ll ever see but the performances and action are utterly spectacular. The speedboat chase, the shoot outs and the bodycount are off the charts and it remains one of the best movies either Nic Cage or John Travolta have ever done.