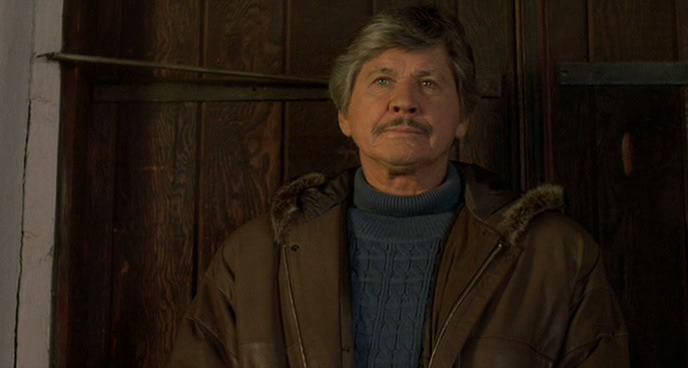 Although not one of Charles Bronson’s best movies Messenger of Death is still entertaining and it’s a Cannon film so you know it’s going to be a fun watch. It was the eighth collaboration between Bronson and director J. Lee Thompson who previously worked together on Caboblanco, 10 to Midnight, The Evil That Men Do and Murphy’s Law to name a few.

SYNOPSIS: Newspaper reporter Garret Smith (Charles Bronson, Death Wish) with the help of local editor Jastra Watson (Trish Van Devere, The Changeling) set out to solve the horrific murders which they believe may be linked to a fundamentalist sect whose excommunicated leader, Willis Beecham (Jeff Corey, True Grit) is considered a prophet.

Garret and Jastra discover just how deep still waters run as clues and the list of possible suspects pile up, which includes the husband & father of the murder victims (Charles Dierkop, The Sting) and his estranged brother (John Ireland, Red River).

Messenger Of Death (1988) Trailer from TrailerSailor on Vimeo.