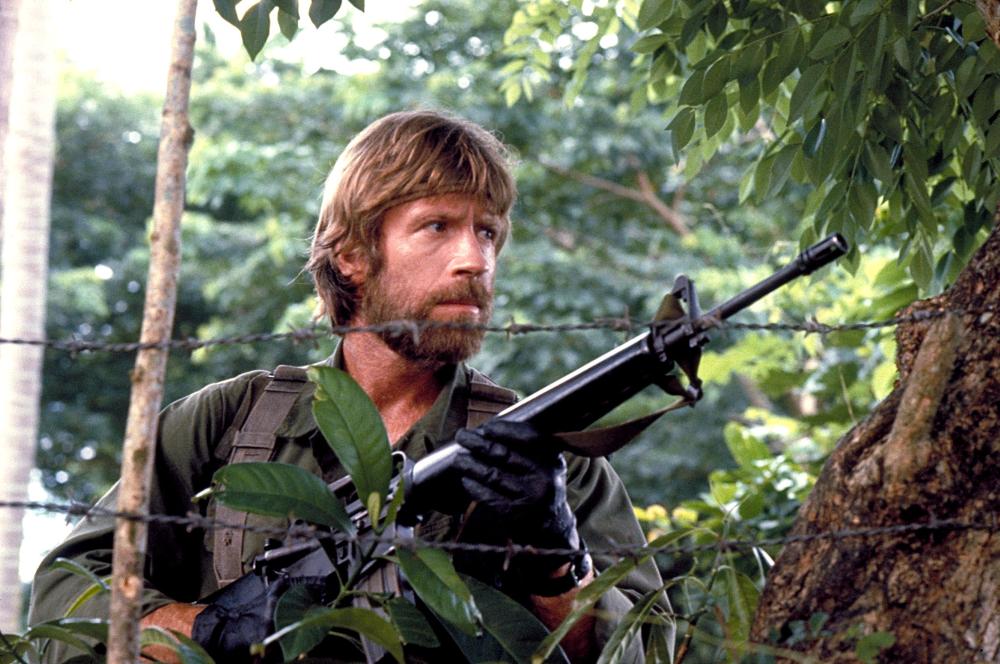 As today is the anniversary of Chuck Norris’ Missing in Action it feels like a good time to repost the classic trailer.

Plot: American servicemen are still being held captive in Vietnam and it’s up to one man to bring them home in this blistering, fast-paced action/adventure starring martial arts superstar Chuck Norris. Following a daring escape from a Vietnamese POW camp, Special Forces Colonel James Braddock is on a mission to locate and save remaining MIAs.