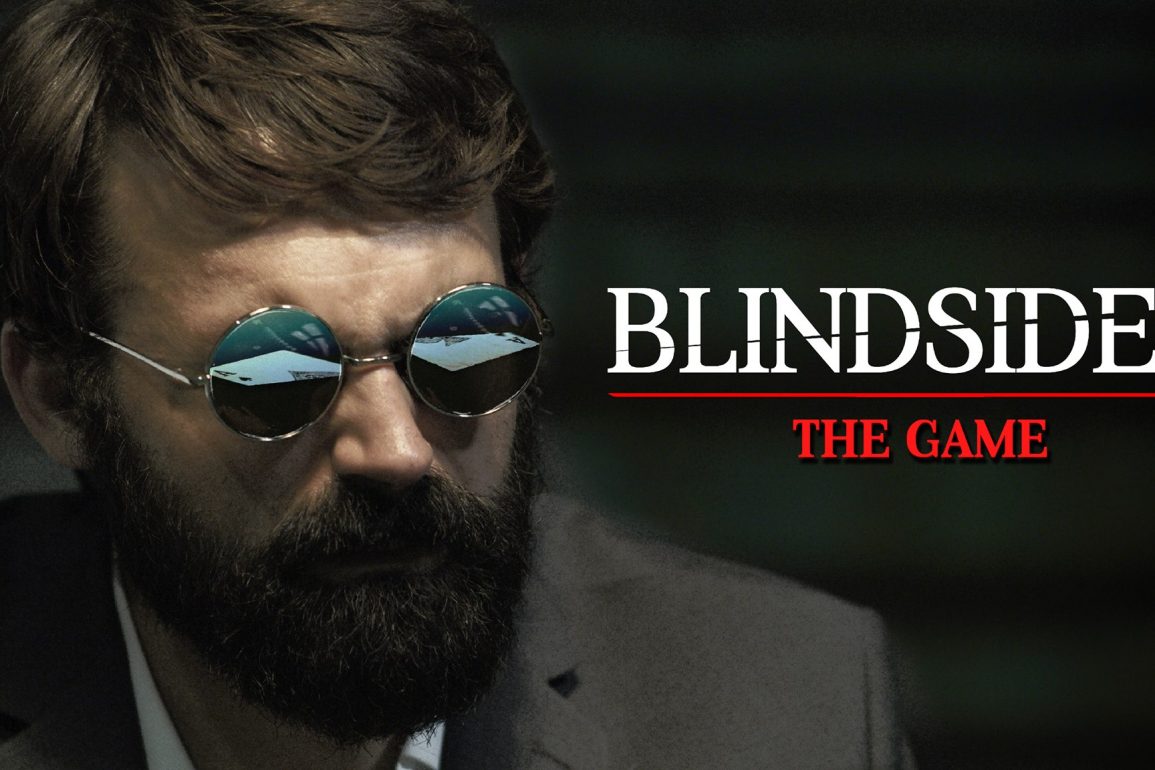 After blind man Walter Cooke (Jacobus, God of War) prevents a local gang from shaking down his local grocer Gordon (Roger Yuan, Jason Borne), Walter must reckon with the gang’s ruthless boss Sal (Joe Bucaro, Marvel’s Ant-Man). The stakes are high, but Walter’s got an ace up his sleeve.

Blindsided: The Game pays homage to classic action films like Zatoichi and Blind Fury not only in its protagonist Walter, a blind swordsman, but also in that the film places heavy emphasis on storytelling combined with great action. This is no surprise with Clayton J. Barber in the director’s seat, who comes with over 20 years of experience as a stunt coordinator in Hollywood. Leading man Eric Jacobus plays Walter, a lovable cook who’s an expert gambler and swordsman. The character is the amalgamation of Jacobus’s 18-year career as a comedic action performer in the indie film arena. Director Clayton J. Barber is pushing the boundaries of modern action entertainment by bridging Hollywood with the indie action film world.

Barber notes that, “Eric Jacobus came from the indie action film realm. He was like a punk rocker of the action genre using raw filmmaking. We’re bridging these worlds together to create a totally new kind of action experience.” Jacobus echoes Barber’s sentiments: “Indie action guys have all the tools they need to showcase their skills, but the element of storytelling still has to be there. Clayton’s that storyteller who knows action. This is our Le Samourai.”

Barber and Jacobus aren’t the only stuntmen involved in Blindsided: The Game. The film features an ensemble of action stars and stunt performers both behind and in front of the camera. Roger Yuan, a veteran action star featured in action films such as Shanghai Noon and this year’s Accident Man, who plays the shopkeeper Gordon, also choreographed one of the film’s major fight scenes. Producer David William No (Altered Carbon from Netflix, and Matrix Reloaded) acts as a knife-wielding card shark and goes toe to toe with Jacobus in the climax. Veteran stunt performer Joe Bucaro (xXx, Iron Man) plays the ruthless gang leader Sal, Nicholas Verdi (Close Range, Agents of S.H.I.E.L.D.) plays Nico and acted as director of photography, and Sal’s enforcer is played by Luke LaFontaine (Savage Dog, Master and Commander) who also served as the sword fight coordinator.

Production company JB Productions is dedicated to delivering strong storytelling and first-rate action, created by people who truly understand action. Barber says, “This is a new approach to action filmmaking. Blindsided: The Game is the perfect collaboration for us, and we hired great stunt performers to play the lead roles and even work behind the camera with us because we wanted to work with folks who knew action. That’s the brand people are buying into, and we’re always looking to build that brand by collaborating with talent both in America and overseas.”

Jacobus and Barber previously collaborated on the hit short films Rope A Dope and Rope A Dope 2: Revenge of the Martial Arts Mafia. Blindsided: The Game is an expansion of the 2017 short film Blindsided, which was the first title under the Jacobus / Barber (JB) Productions banner. Blindsided was released to much acclaim, with fans craving a conclusion to the story. Blindsided: The Game replays the entirety of the original Blindsided and carries the story to completion, capping the film off at the length of a TV pilot.