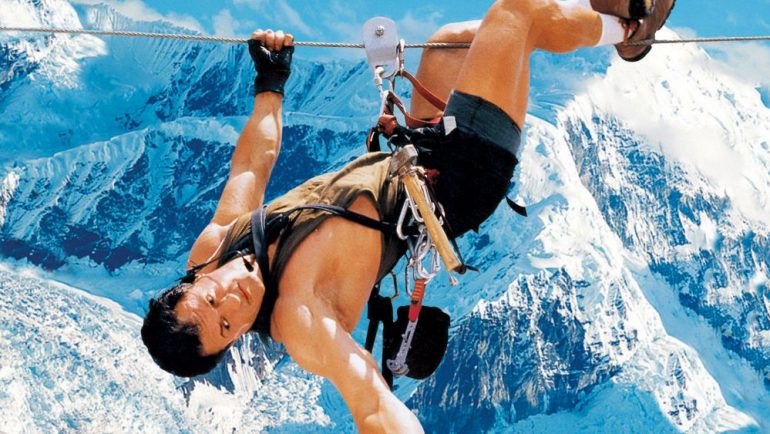 Cliffhanger is a classic action movie with plenty of tension and thrills to keep the most hardcore action junkie happy.

Plot: A botched mid-air heist results in suitcases full of cash being searched for by various groups throughout the Rocky Mountains.

Review: Cliffhanger has always been one of my very favourite Stallone films and arguably the best Renny Harlin film. I will say that I consider Harlin to be underrated as a director and I think he can shoot the hell out of an action scene. This has some of the most breathtaking action scenes you’ll ever see and it was before the lazy days of CGI.

The opening scene is an exercise in tension with a devastating payoff. To this day, I still grip the seat hoping that Sarah will be saved… no dice!

Cliffhanger has a fabulous music score by Trevor Jones, which is VERY similar to The Last of the Mohicans score.

It has a great cast with Sly Stallone as Gabe Walker, Michael Rooker as Hal Tucker and John Lithgow as one of the biggest bastards of all time Eric Qualen. Lithgow does a spot on English accent because as you know, the English are the best villains.

I don’t think I’ve ever wanted a villain to die so much as I did with Qualen; the villains in general are just plain mean spirited and seem to just enjoy killing so when they get their comeuppance it is thoroughly satisfying.

Sly’s character Gabe isn’t the invincible action hero we’re used to seeing; Gabe is riddled with guilt over the death of his best friend’s lady in the opening scene. The relationship between the two former friends is very well realised as Hal blames Gabe for Sarah’s death.

Although not invincible, Gabe sure can last long wearing a t-shirt climbing a mountain in the snow which is the only thing that irks me about the film.

Despite the plot essentially being “Die Hard on a Mountain” there are enough twists and turns to keep the story interesting and fast paced. You care what happens to these characters and you so want them to win at the end.

If you suffer from Vertigo then I’d maybe avoid Cliffhanger as there are sweeping shots of very tall mountains and some amazing stunts which will turn your stomach. If you don’t hate heights before the film, you sure will by the end.

Overall, Cliffhanger is a classic action movie with plenty of tension and thrills to keep the most hardcore action junkie happy.