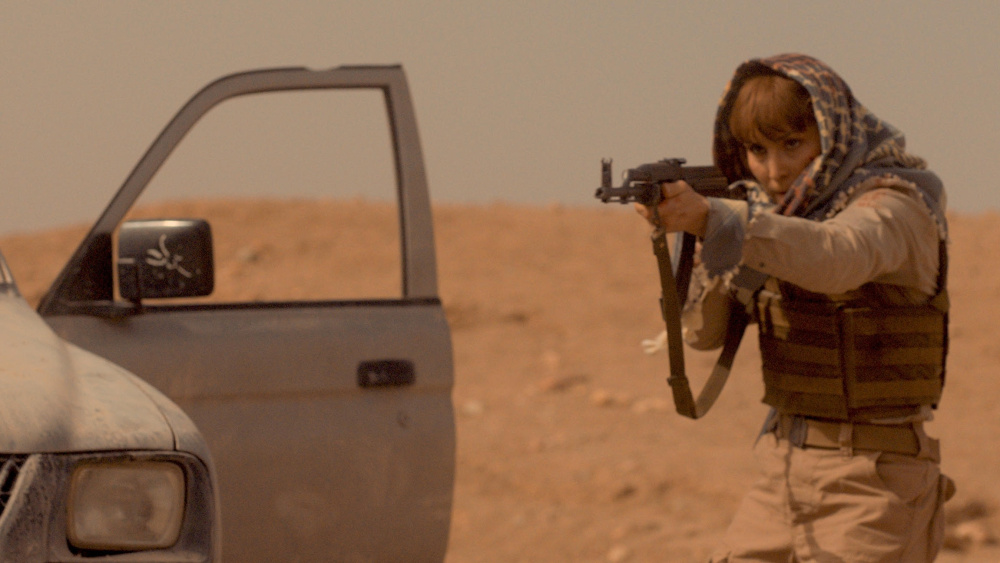 Plot: A bodyguard and counter-terrorism expert Sam takes a job protecting Zoe a rich young heiress. Neither party is keen on the arrangement until a violent kidnap forces them to go on the run.

Review: There’s something very appealing about Noomi Rapace when she is on screen and she is perfect at playing characters that are believably tough yet vulnerable which she does in this movie.

Sam Carlson (Rapace) is tough as nails and essentially a female Bourne but she clearly keeps people at a distance including her own daughter for reasons which are made clear later on. When she is assigned to protect bratty teen Zoe (Sophie Nélisse) despite her best efforts she bonds with her as they are hunted by corrupt police and other bad guys.

This is a taut little action thriller which is nicely shot and briskly paced at only 90 minutes long. You really get the feeling that these two women are truly isolated in a foreign land and it’s only through Sam’s particular set of skills that they will survive.

A lot of times with modern American movies you feel like they are trying too hard to make women act more like men which isn’t always effective. With Close however, Sam is unable to hide her maternal instincts; although she can take care of herself she gets scared and feels very believable. I also liked how Zoe has a panic attack and starts hyperventilating which once again makes it feel more authentic.

There are some brutal fights with Sam never coming across as an invincible badass but her sheer will to survive is how she overcomes her attackers. There’s nothing majorly spectacular in terms of set-pieces but it feels like the type of thing that could happen (and likely does) on a regular basis.

It is rather predictable for the most part and you have an idea of which way the story will go however, there are a few twists which you may not see coming.

Overall, Close is an entertaining action thriller with Noomi Rapace playing Sam perfectly and Sophie Nélisse making Zoe believable but never overly annoying which she easily could have been. It’s hardly a classic but it is beautifully shot , well-paced and has some entertaining action scenes.