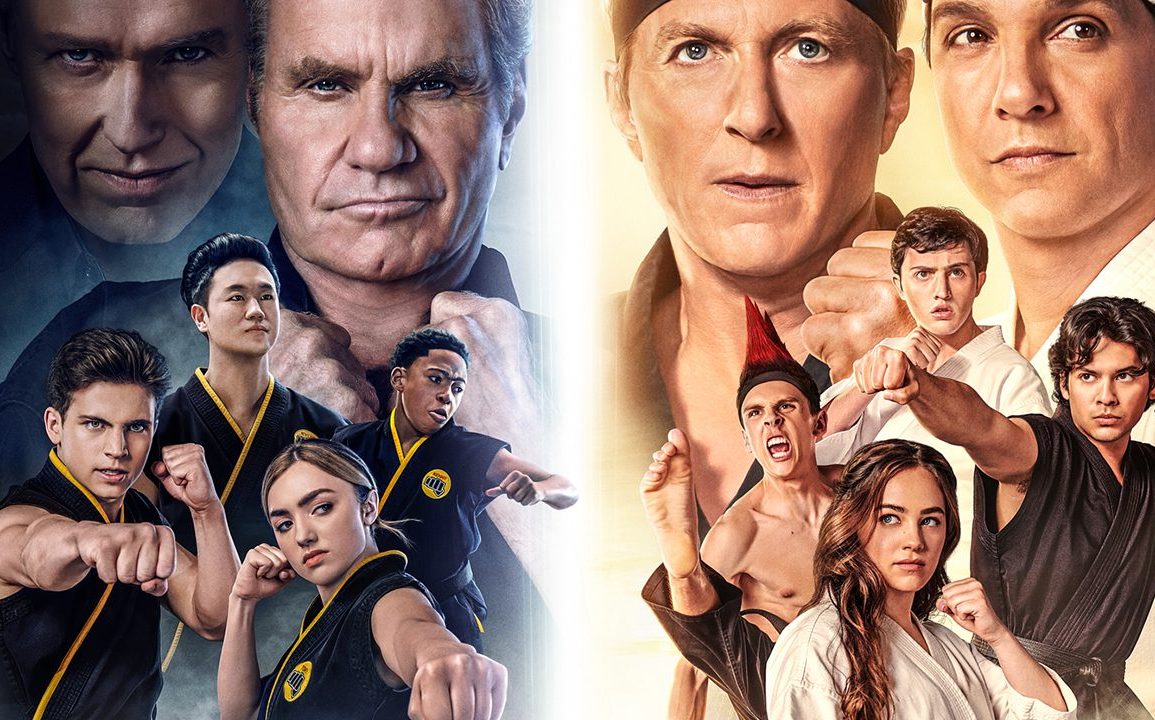 Cobra Kai: Season 4 is every bit as fun and entertaining as the others with well choreographed fight scenes, a likeable cast and a sheer sense of escapism which is much needed just now. Thomas Ian Griffith makes everything better and he is easily the series highlight for me so I look forward to seeing what happens next.

Plot: Season 4 finds the Miyagi-Do and Eagle Fang dojos joining forces to take down Cobra Kai at the All Valley Under 18 Karate Tournament… and whoever loses must hang up their gi. As Samantha and Miguel try to maintain the dojo alliance and Robby goes all in at Cobra Kai, the fate of the Valley has never been more precarious. What tricks does Kreese have up his sleeve? Can Daniel and Johnny bury their decades-long hatchet to defeat Kreese? Or will Cobra Kai become the face of karate in the valley?

Review: I can’t remember a TV series I have found so consistently entertaining as Cobra Kai; is it perfect? No but nothing is and this is never not enjoyable and I’ve grown to really love the characters. Johnny Lawrence and Daniel LaRusso are both well developed and even when they try to join forces against Cobra Kai they still struggle to work together unable to get over their past aggressions. They both have different approaches to training their students with Daniel wanting to honour Mr. Miyagi and Johnny being the loveable idiot that he is wanting everyone to be badass (but he does grow as a character a little which feels believable and not forced).

This season is more dramatic than the others with slightly less humour but it still has its moments especially all the 80’s references which will appeal to fans of my vintage. I love the episode where the young cast go to the Drive-In to watch Bloodsport and Cynthia Rothrock even gets a shout-out so once again this is a show for us old-school action fans.

The biggest highlight of this season is the return of Terry Silver (Thomas Ian Griffith) who is my favourite character from Karate Kid franchise as he was just a hilariously over the top psychopath. In Cobra Kai however, he isn’t quite what we expect at first reluctant to get involved with John Kreese and Cobra Kai again but he is eventually convinced and the real monster is awakened.

I have been a fan of Thomas Ian Griffith for many years and he is at his very best here not only acting wise but he proves he still has the moves in the fight scenes. I forgot just how tall he is which makes him an even more imposing figure so I hope gets the beatdown he so badly deserves by the end. I think Johnny and Daniel need to tag team to take him down for a final battle.

Cobra Kai once again refuses to be predictable giving every main character more depth than you’d expect where no one is totally good or evil; Tory and Robby realize they may be playing for the wrong team and Miguel struggles with Johnny as a father figure. I do find that there are so many characters now that we don’t really need to keep adding to the cast; Kenny isn’t really necessary and is just there so Robby can find his way back from the Dark Side.

It still captures the spirit of the 80’s with the humour and music (including a wonderful nod to Rocky IV) with fight scenes that are well choreographed and exciting as well as obligatory training montages.

Each season is becoming a bit gimmicky to bring back old adversaries or cast members from the Karate Kid films. Let me guess, Mike Barnes will be back in the next season and at some point Hilary Swank will show up? I know season 5 is greenlit and as much as I love this series I hope that with that or maybe the sixth season is when Cobra Kai gets wrapped up and doesn’t overstay its welcome. I also want to put on record that there was no real reason for the Carrie Underwood sequence which felt somewhat forced.

Overall, Season 4 of Cobra Kai has the right amount of nostalgia, dramatic moments and fight scenes to be another enjoyable season. It’s not without its flaws but I still love every minute of it and find it the easiest show to binge for some time.