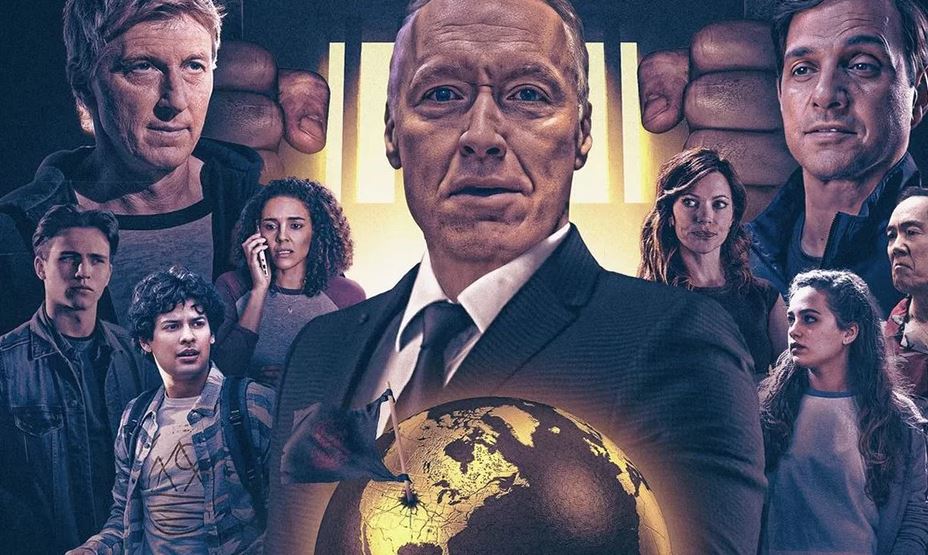 5 Seasons in and Cobra Kai remains consistently entertaining with a truly hateful antagonist in Terry Silver and some enjoyable character arcs which don’t all go as expected. If we do get one more season I hope that’s the end as I would hate for this show to be dragged out longer than it needs to no matter how fun it may be.

Plot: Following the shocking results of the All Valley Tournament, Season 5 finds Terry Silver expanding the Cobra Kai empire and trying to make his “No Mercy” style of karate the only game in town. With Kreese behind bars and Johnny Lawrence setting karate aside to focus on repairing the damage he’s caused, Daniel LaRusso must call on an old friend for help.

Review: 5 Seasons in and Cobra Kai is still my favourite show on television; it has been consistently entertaining with nicely choreographed fight scenes and this season especially shows some great character arcs.

I like where Johnny finally is; he is becoming a responsible adult at last, and he and Daniel are now allies as they try to bring down Terry Silver (Thomas Ian Griffith) who has taken over Cobra Kai and wants to expand its reach. This time Johnny and Daniel have help from former Karate Kid 2 villain Chozen (Yuji Okumoto) who has now literally become my favourite character in the show stealing every scene he’s in.

He terrified me as a youngster when I first saw Karate Kid 2 and I love seeing former adversaries putting their differences aside; he is believably tough but also has some funny moments. As you get older you do tend to look back at things you said and did when you were younger so it’s one of my favourite aspects of this show – nearly anyone can be redeemed… but not quite everyone.

Martin Kove’s John Kreese is behind bars after being set up by his former friend Silver and it doesn’t look like he is going to get out any time soon. His story didn’t go the way I expected keeping things unpredictable and fresh when it should be going stale by now.

I also loved what they did with Mike Barnes who we all knew was going to show up… but it’s not quite how we expect and was a pleasant surprise.

It’s amazing to have Thomas Ian Griffith back on screen again and I hope he does more films again as I’ve been a fan for many years. He is the villain you love to hate and Silver just has you throwing stuff at the screen.

The performances are generally impressive, and I think Xolo Maridueña gives his best to date as Miguel especially in the first few episodes when he is put through the emotional ringer.

This season ends perfectly and if we didn’t get another one then I’d be fine with that but if we do then it needs to be the last as I said before I hate when a show overstays its welcome. All I will say is that if we do get one more season (and I think we are) the only person they need to bring back is Hilary Swank from The Next Karate Kid and that would end it on a high note.

Up to now however, Cobra Kai has been a blast to watch as I am emotionally invested in every character (although Kyler is a one-note douche) and all the fight scenes have my blood pressure raised.

I still feel like this series is made for people of my vintage with its references to Top Gun, Rocky IV, Terminator, John Wick and more which just leaves me with a constant smile on my face throughout.

Overall, Cobra Kai V is another knockout with the usual touches of humour, regular impressive fight scenes and nice character moments. I’m not really sure where the story could go now as everything wrapped up nicely but if we do get one more season I’ll be there.