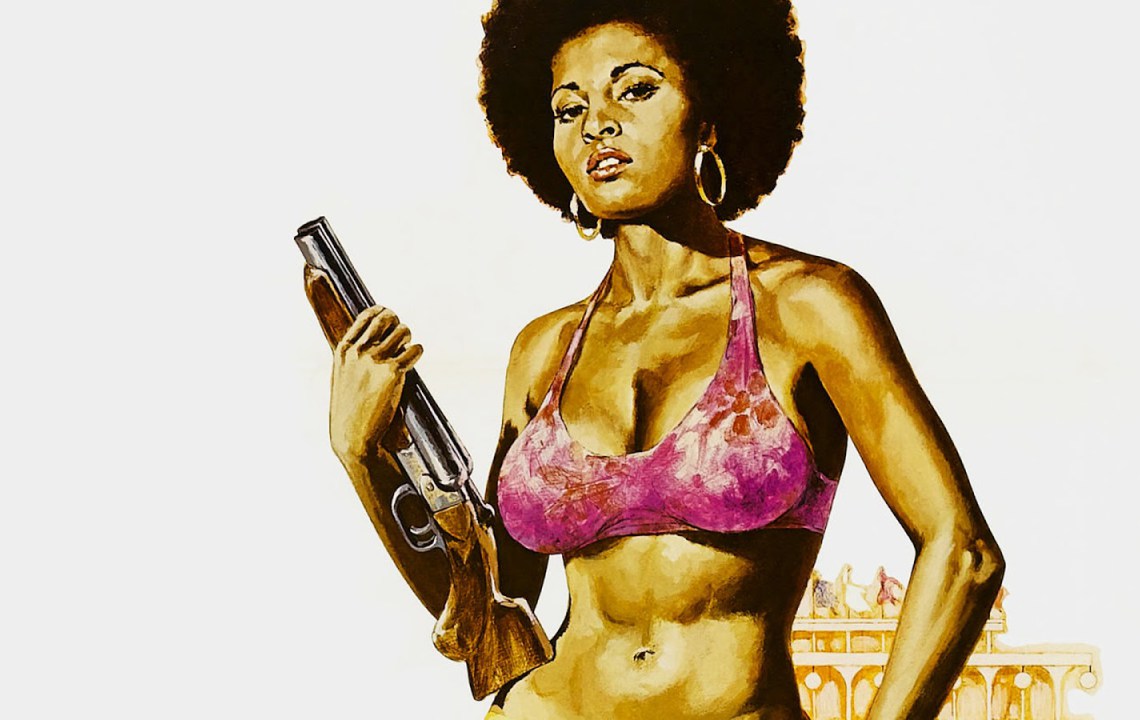 Coffy is a really important film for fans of exploitation/blaxploitation movies as it really set the bar and Pam Grier is great as the defiant and tough as nails Coffy.

Review: If ever there’s a movie that can be considered “iconic” it’s this. Coffy is a classic Blaxploitation movie that was an obvious inspiration to Tarantino, as he’s said so himself. It’s an incredibly brave film and has more gratuitous nudity and hardcore violence than you’d see in movies today.

The standout scene? The chick fight where Coffy fights a bunch of hookers and tragically their clothes all come off; don’t you just hate it when that happens? Me neither.

The music is pimptastic, especially when King George is on-screen with his awesome pimp hate and shades. Note he is also the Police Chief in Robocop.

Pam Grier’s Coffy is one of the best female characters in movies as she is beautiful and deadly. She isn’t afraid to use her looks to get what she wants and then serve out brutal vengeance.

Admittedly some of the acting is a bit dodgy but it really just adds to the charm.

There is a scene which is really hard to watch and that’s the lynching scene, which remains pretty disturbing.

The movie is almost stolen by Sid Haig who plays the villainous Omar and he is practically the Devil himself, laughing away as he kills people.

The second half gets rather tense and has plenty of old-school, gritty action.

Overall, Coffy is a really important film for fans of exploitation/blaxploitation movies as it really set the bar and Pam Grier is great as the defiant and tough as nails Coffy.