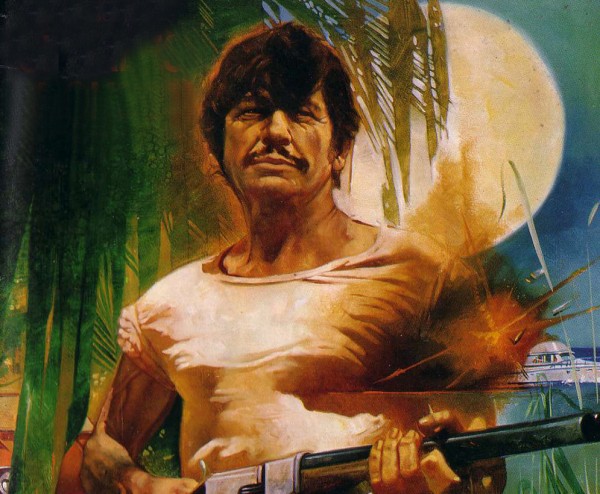 If you’re a fan of Charles Bronson then Cold Sweat is pretty essential; it’s gripping and tense from beginning to end.

Plot: Joe Martin, an American, rents boats in the South of France. He has a wife, Fabienne, and a daughter of 12. Things are going fine for Joe until his past catches up with him…

Review: Charles Bronson stars in this rather classic action thriller which grabs you from the start and doesn’t let go until the end credits. It definitely earns its title as you will be in a cold sweat as Bronson tries to outsmart his ex-friends who have come back for revenge.

Every scene expertly builds up tension where you’ll find yourself sitting on the edge of your seat.

One of the most interesting aspects of the movie is the lack of a music score during the action scenes.

There is some music during the tense moments, but during the staggering car chase at the end, there isn’t a single tune.

It actually really helps make it feel more believable and it shows that when a film is so well directed, a minimalistic approach can really work. It has a craftsmanship and subtlety missing from a lot of blockbusters today.

The performances are good overall with Bronson as cool as ever but I was a big fan of James Mason as Captain Ross; he had such a cool voice that you always recognize him straight away. His character never loses his composure and he isn’t entirely a villain either; there’s a nice bit of redemption for him at the end.

It’s no wonder the action was so good as this was directed by Terence Young who made several James Bond movies including the classic Dr. No and From Russia With Love.

Cold Sweat has a real race against time feel to it and you’re almost relieved when it’s all over.

Overall, if you’re a fan of Charles Bronson then this is pretty essential; it’s gripping and tense from beginning to end.