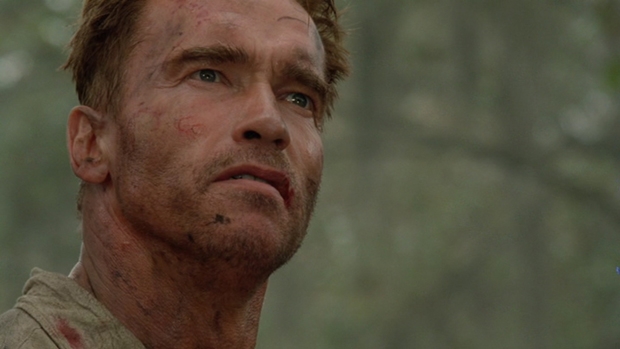 Collateral Damage is a forgettable and rather dull effort from Arnie where he’s unsure really what to do in a practically action-less movie.

Plot: After his family is killed by a terrorist act, a firefighter goes in search of the one responsible.

Review: The one thing I will always remember about Collateral Damage is that it was changed drastically after the events of 9/11. Originally it was meant to be a kick ass actioner but instead it is now a limp and forgettable thriller.

Arnie is decent enough in it and there’s the odd interesting action scene, but the story is rather plodding and you just don’t get all that caught up in it. I get the feeling that there’s a better film lying on a cutting room floor somewhere but as it stands Collateral Damage remains one of Arnie’s weakest movies.

It’s a rare thing that your’re bored watching a Schwarzenegger movie, but there’s just not much to recommend with this. The script is alright, but this was the beginning of the “dark times” for action movies when humour wasn’t allowed and fun was not included, which is still happening today.

It’s funny how we say Arnie’s star may be falling now, but it already was back in 2002 with this movie and then with Terminator 3.

There is the odd decent plot twist and I like the final bad guy death but if you want a proper Arnie movie, watch T2 or Predator instead.

Overall, Collateral Damage is a forgettable and rather dull effort from Arnie where he’s unsure really what to do in a practically action-less movie.