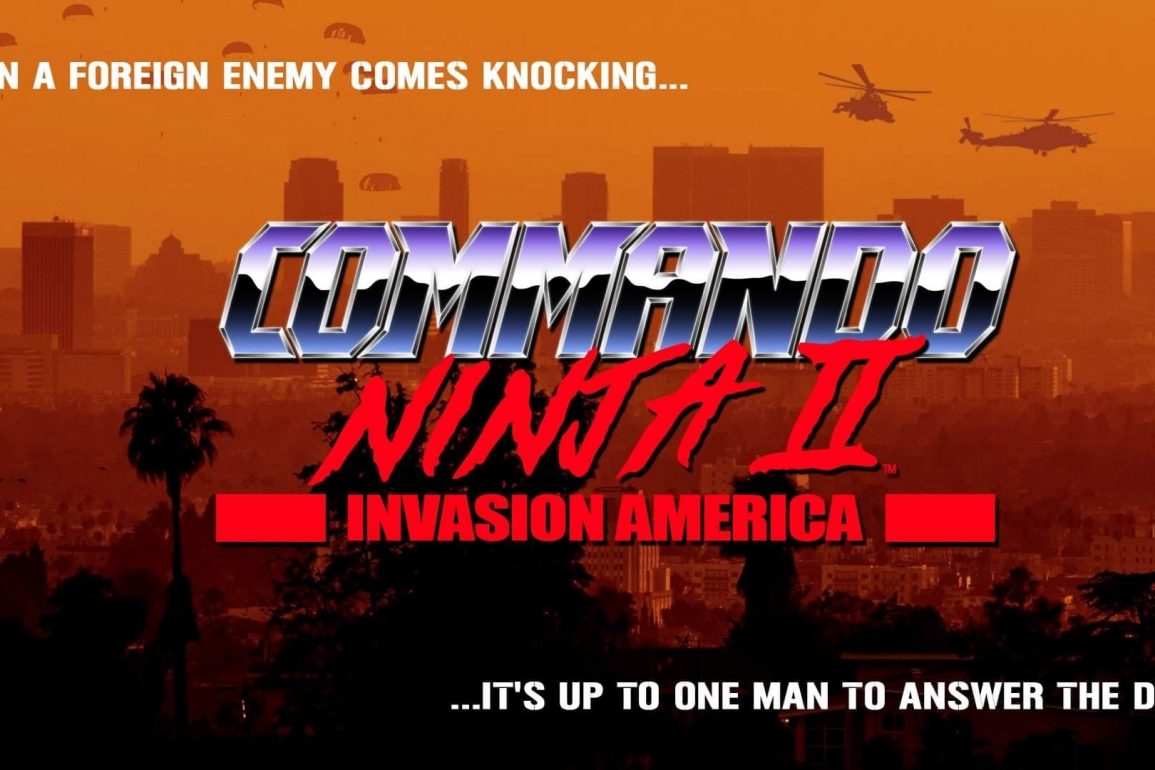 You’ll remember the massively entertaining Commando Ninja from 2018; if you’ve never seen it I’ll post a link below.

A sequel is on the way and currently has a Kickstarter campaign with is over 60% with 14 days to go so feel free to contribute.

As you may know if you are already a Commando Ninja fan, the filmmakers love the 80’s, and particularly the Action Heroes era!

Commando Ninja was a tribute to Commando, Predator, American Ninja and others. This time Commando Ninja 2 will take it’s inspiration from movies like Invasion USA, They Live, The Red Dawn, Rambo 2, Missing in Action…

Commando Ninja 2 will still be an over the top Action Comedy: Dark Humour, over the top violence, famous punch lines and other crazy scenes (think dinosaurs, zombies, mutants…)

COMMANDO NINJA 2 STORY WILL FOLLOW WHAT WAS INTROCUDED IN THE “HOPKINS” PREQUEL SHORT FILM:

1988, Communists have been planning to invade America for the past 10 years, hiding entire divisions underneath major cities, moving through the sewer network, and infiltrating into the population! Nobody can believe it!

Today is the 4th of July, the day they have chosen to launch their operation.

Hopkins is gonna have to rally the team, John, Kowalsky and Jenny to fight back, and destroy the evil at its source, the house of the rising sun, VIETNAM! When America is under Attack, When Governments can’t help, if you find them, maybe you can Hire them:

THE COMMANDO NINJAS ARE BACK TO MAKE AMERICA FREE AGAIN!!!

THE MOVIE will have similarities with our Prequel Comic Book published in 2019, we will use it as a reference.

You can READ THE FIRST 10 PAGES HERE, and BUY IT IN DIGITAL FORMAT HERE.

For further details on the Kickstarter campaign click here: https://www.kickstarter.com/projects/304054692/commando-ninja-ii-invasion-america