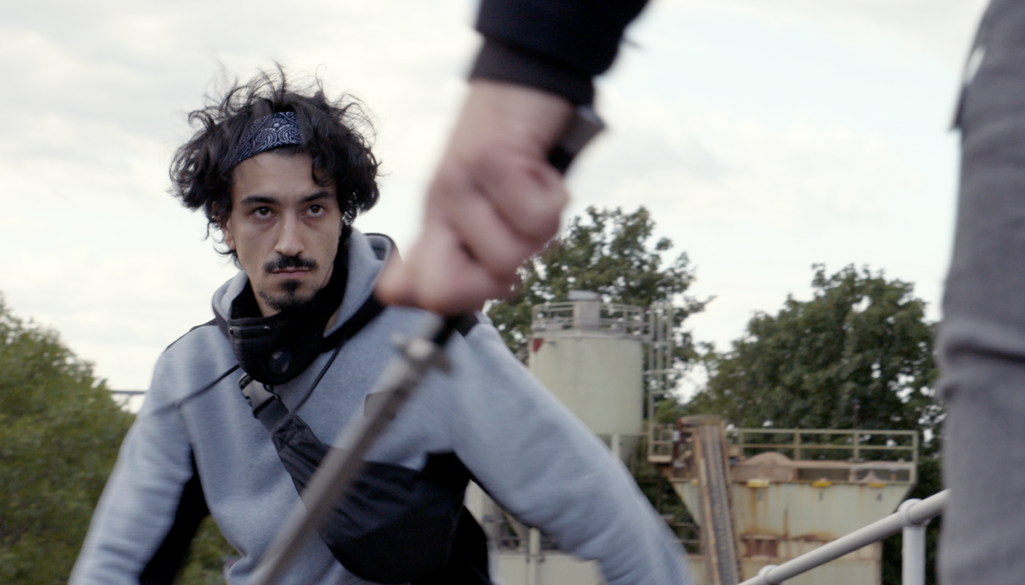 SYNOPIS: Following a painful breakup with her boyfriend, Sophie moves into a new apartment with housemates Kat, Arthur and Hugh. The four of them are roller skaters, and horrified to hear about the stabbing of another skater, Harry. Hugh then witnesses his best friend Mike, get killed in front of him. Again, the perpetrator is a roller skater.  For the police it’s just another stabbing case, they do not have the resource to investigate thoroughly. The four roller skater friends spread the word amongst the skating community. But they realise that tracking the killer is a dangerous game, when Cristina narrowly escapes his assault. Sophie’s passionate ex-boyfriend, Leo, denies the reality of their break-up and keeps trying to reach out to her. But she carefully avoids any contact with him.
The killer is identified, he just left jail after spending six years behind bars. He used to rob shops at knife point, and escape on skates. He was caught by two skaters who no longer live in London, and now seeks revenge by attacking the roller community. When the four friends realise that the police will never catch such a fast skater, they decide to take the matter in their own hands. They recruit a number of fast skaters to track and catch their target. Without telling Sophie, Kat tries to enroll Leo, as he would be a great asset to the squad. The killer is spotted but the team is not ready. They decide to seize what could be unique opportunity, the man hunt can start. Coordinating the skaters turns out to be more complicated that expected. Some skaters give up, others get wounded, and the four friends keep arguing. Leo finally turns up. But before chasing the killer, he demands an open heart discussion with Sophie. It’s a brutal reality check for Leo, he chases the killer with the energy of despair.

The pandemic situation was a significant obstacle for the filmmakers, but also provided a once in a lifetime opportunity: the ability to shoot empty streets in London.

“Roller Squad” is an immersive action-thriller film shot in London. It will be available on VoD platforms from 18th July 2021.